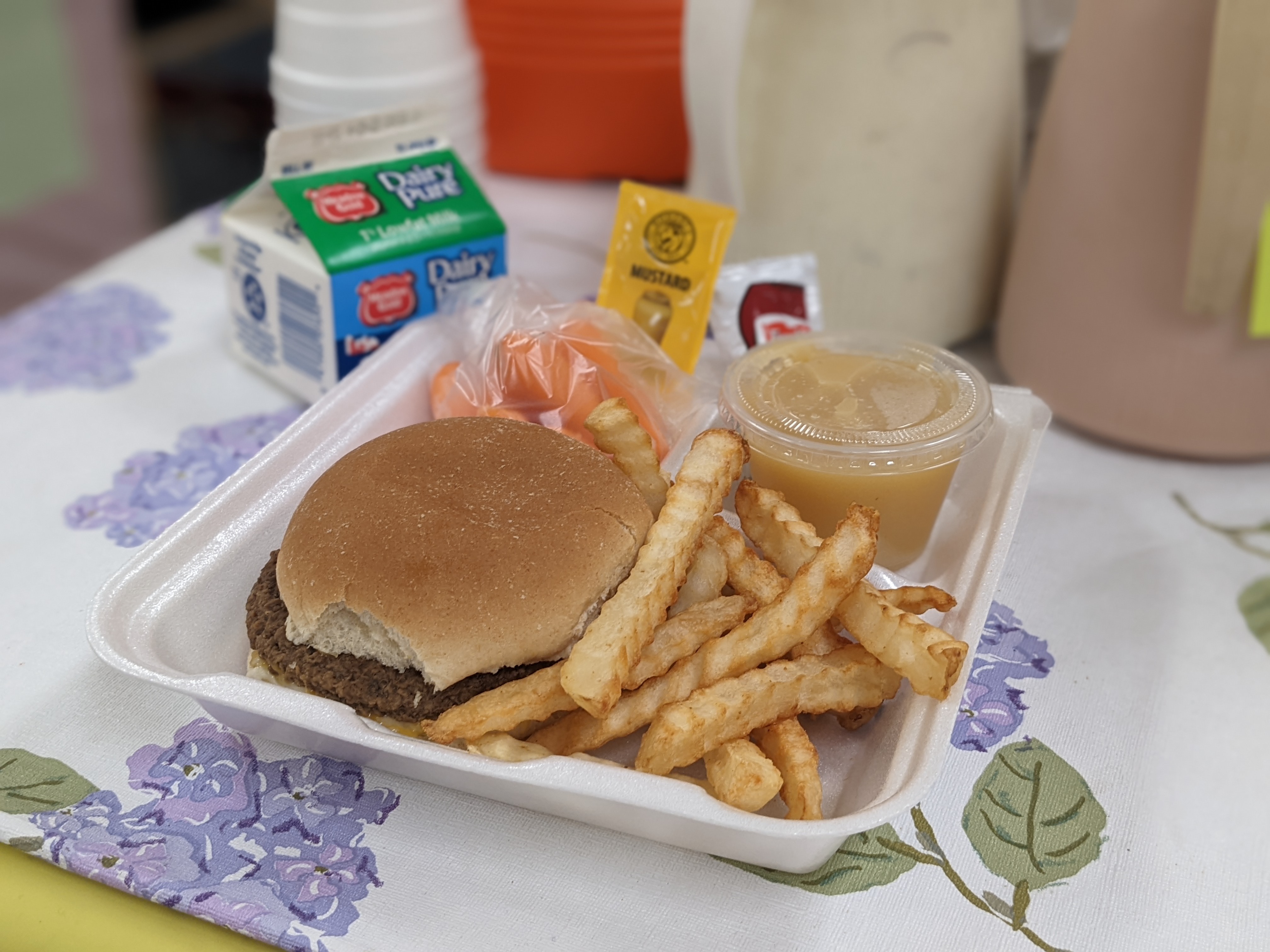 Kendra Grove is a student nutrition supervisor for the Moscow School District.

“That’s my favorite part about this business, is watching the kids eat good food,” she says. “And I just don’t want kids, or parents to struggle paying for it.”

She was hoping the federal government would decide to fund public school meals on a national level, or at least expand them for one more year.

Now, without action from Congress, the waivers granting increased federal funding and flexibility for school meals will expire on June 30, 2022.

Shelley McGuire is a maternal infant child nutritionist at University of Idaho.

“We do know that these school breakfast and lunch programs have become absolutely critical for child nutrition in the United States. They’re really part of the fabric of how kids are fed,” she says.

McGuire said this is especially true for low-income families, who have to stretch every dollar.

On the other side of town, single mom Irina lives with her two kids. We’re only using their first names to protect their identity.

She said, “It’s hard enough to keep a stocked kitchen with two growing kids. I mean, just in a week, we spent over $100 at least on groceries.”

Irina is happy about the expanded meal programs at school. So is her nine-year-old son Dean, who eats hot lunch every day. 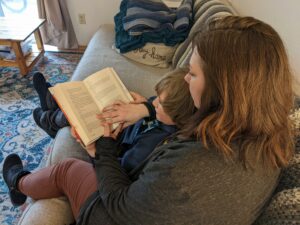 Irina and Dean read a book at home in Moscow Idaho

“For example, I had a bean burritos today. Occasionally they give out the tasty jello, or very rarely, very, very rarely
pudding,” says Dean.

If he could change one thing about school meals, he says, “You could have more than one ketchup packet. You could take two!”

One packet for his hamburger, and one for his fries.

Since Irina works full time, she says not having to make breakfast and lunch every day frees up time for other tasks, such as doing laundry and keeping up with her kids.

But that will change if the expanded lunch program expires. Even Dean understands how that will impact the family budget if his mom has to pay for meals.

“We would have less extra money to spend on like entertainment and food at home,” says Dean.

Leanne Eko is the Executive Director of Child Nutrition Services at the Office of
Superintendent of Public Instruction in Washington. Eko was at a conference recently where they detailed the many issues facing nutrition programs in the state.

“Yeah basically, you know I was a little… I walked away from the conference thinking ugh…It’s going to be another tough year,” she says.

Supply chain issues, staffing shortages, and confusing budget rules all contribute to the chaos facing schools across the Pacific Northwest.

“People in rural communities are being hurt by this. But they don’t know that there is a solution. They don’t know they could have summer meal sites before COVID because they never had them,” says Jillien Meyer with NO KID Hungry
Partnership.

Meyer says most kids get their best nutrition from school meals.

“And now they are going get yanked away. It’s become a red versus blue, city versus suburban and urban. When in reality, these hungry kids are everywhere,” says Eko.

McGuire says the problem is complex because now, families are used to the meals and the money they had budgeted for lunch is now freed up for other things like clothes or school supplies. McGuire worries the government is pulling back before families are fully recovered from COVID.

“You can kind of look at this as, we’re just trying to get back to normal. You know, the question is, are we that close to normal yet? What’s going to happen to child nutrient intake  when we pull back?”

McGuire says it’s taking a gamble at a particularly delicate time in children’s lives. Childhood is the time where we know nutrition impacts their current behavior, their growth, and their development.

States like California and Maine aren’t waiting for a federal decision on extending the free lunch program. They’ve decided to fund school meals for all their students. So far, Washington and Idaho don’t have plans to go that far.