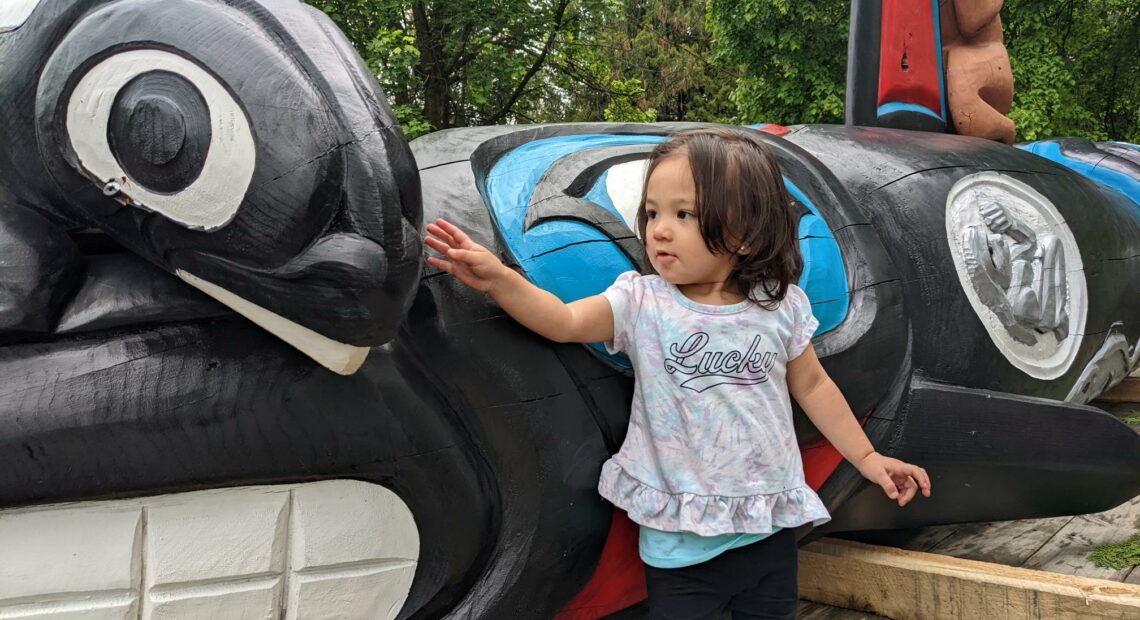 Carved by members of the Lummi Nation, the Spirit of the Waters Totem made an appearance in Lewiston, Idaho. (Runtime 1:09)

Children played and clamored on a colorful totem carved by members of the Lummi Nation in Hells Gate State Park on Monday. The 14 foot carving features orcas and chinook salmon.

The Spirit of the Waters Totem is on a 17 day, 2,300 mile journey through Oregon, Washington, and Idaho to raise awareness about the vital role of salmon to tribal communities in the pacific northwest.

“These are the generations that are going to carry this forward. All we’re doing is planting the seed. So it’s for these little ones that we’re doing what we’re doing,” said James.

“If we don’t step up right now and let our voices, let all your voices be heard, you know, what’s going to be left for the next seven generations?”

Tribal speakers gave speeches advocating for the removal of the lower Snake River Dams and the restoration of salmon habitat.

The totem will make appearances in several cities and tribal lands across the Pacific Northwest. The journey will conclude May 20th at St. Leo’s Parish in Tacoma, Washington.