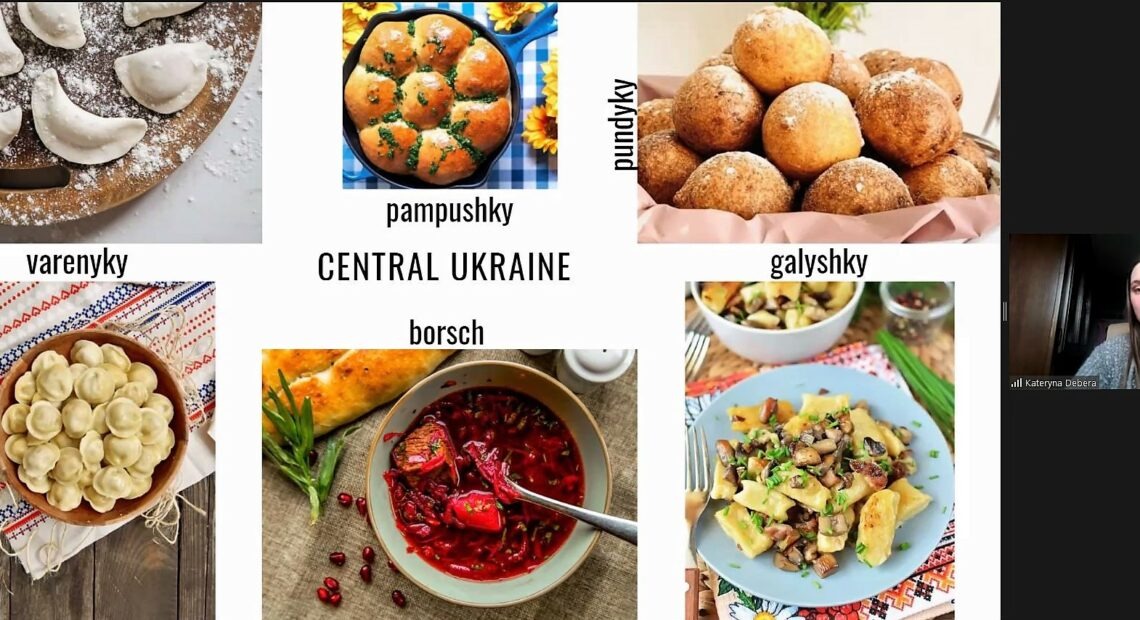 Ukrainian and American students learn about each other’s cultures while the Russian invasion continues. (Runtime 3:52)

Students from King Danylo University in Ukraine were scheduled to begin their business tourism class in February.

Professor Nadiia Grebeniuk, who serves as the Ukrainian professor for the course, said the timing was all wrong.

“We actually have classes on Tuesday and Thursday, and 24th February when the war started, it was actually the time for having the classes and since five o’clock, our city was bombed – it was rockets on the airport,” said Nadiia.

Natalie Parsons was one of the American students in the class.

“I think it made us scared for them. But then also inspired by how, like, resilient, they were to still come to class,” she said.

“And it made it really real for me about what was happening, because I’ve connected with these people and like Instagram and stuff, and they become my friends.”

She said all of a sudden, she had a personal connection to the crisis unfolding in the news.

WSU Professor Dipra Jha teaches the class. He said it always ends with a final presentation by students about tourism in their home country.

“I remember that after the invasion happened, I reached out to Professor Nadia and I said I would completely understand that if you do not, if you’re not able to do that presentation, and her response to me was over email saying that, give me a couple of weeks and I’ll come back to you.” 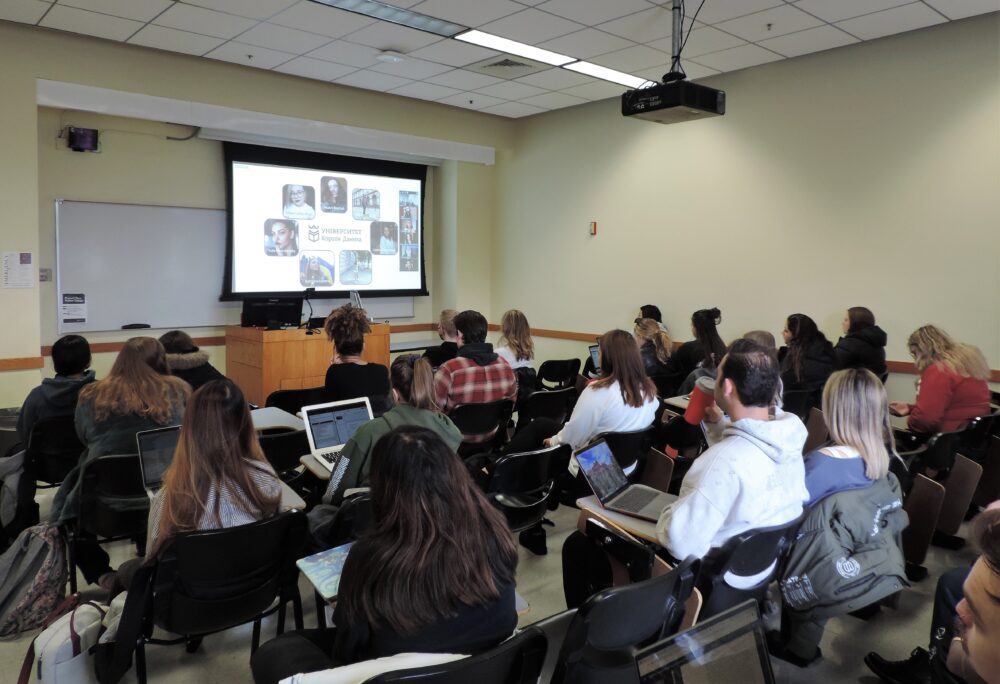 WSU students listen to students from King Danylo University in Ukraine present on cultural and food tourism in Ukraine via Zoom.

A few weeks later, Nadiia wrote to Jha and said the students had committed and would do the presentation, come what may.

“In the beginning, every air alarm was the big stress. And we said to our students that first of all, you have to take care of your safety and your health. But if possible, please join the class,” said Nadiia.

Anna was one of the Ukrainian students, and said the class served as a kind of escape.

She said, “It’s really important when you have maybe saying or some place that help you to get away from the bad news. And this course was such place.”

When the time came for the final presentation, the Ukrainian students shared their culture, different aspects of foods and festivals with their peers in the U.S. Jha said they did an amazing job.

On the very last day of the class, students from both countries were allowed to ask each other questions over Zoom, chat, and add each other on different chat platforms.

American student Natalie said she was inspired by the resiliency of her peers in Ukraine.

“We know social media isn’t the same as communicating with someone in person, but I’m hoping to stay connected with them over that and maybe someday visit Ukraine,”

And Anna from Ukraine feels like she’s made some new connections.