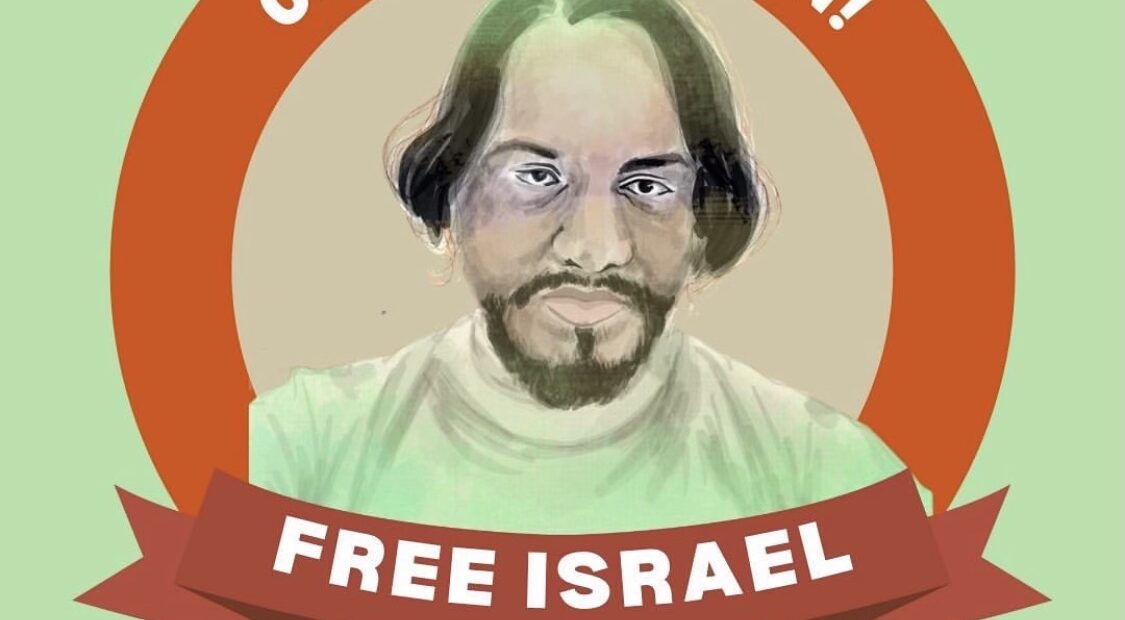 In an effort to bring awareness with art, artists have been creating portraits of people detained at the Northwest Detention Center in Tacoma since 2020. The portraits are posted on La Resistencia’s social media accounts, an organization working to end detentions and deportations.

“Most recently, we have been creating portraits as a way to get individual campaigns out of certain individuals who are at risk of deportation, who have chronic illnesses that need to be released, and for medical reasons,” says Saiyare Refei, one of the artists behind these portraits. This year, Refei completed at least two portraits of people detained at the center.

One portrait Refei completed depicts a man named Israel Arrascue. His likeness is shown inside a red circle with the words “Call to Action!” above his head and “Free Israel,” below.

The portrait was posted by La Resistencia this February but Arrascue was deported from the center later that month.

“The work still continues after, even if someone’s deported, and trying to figure out how to, how do we continue to support loved ones of people [who] have been impacted by their loved ones’ deportation,” Refei says.

The portraits started with La Resistencia’s “Freedom for All” campaign in 2020. The first portrait was of a person detained named Naomi.

“Once, you know, other people in detention heard that, you know, like, her story was getting out … a few people started inquiring and agreeing to have a little bit of their story told, and their experience inside of the detention center,” Refei says.

Using photos provided by loved ones, or screenshots from video calls, Refei and other artists, draw, paint or digitally create the images.

La Resistencia partnered with the Henry Art Gallery in Seattle in the summer and fall of 2020 to print some of the portraits and display them along the outside of the gallery.

Refei consider themself a community artist. Art is the universal language, they say, and it can bring understanding to societal issues.

Refei painted a mural called “Re-emerge in Healing” in Tacoma in 2018. One panel of the mural was destroyed in a storm, but the other three are still visible.

It is on the market street side of 953 Market Street and is meant to bring attention to the detention center, as well as the liquid natural gas plant (LNG) in Tacoma. The Puyallup Tribe created a graphic, showing the detention center in the “blast zone” of the plant. Many of those opposed to the plant worry that in the case of an emergency, there is no emergency evacuation plan for the detainees and staff at the Northwest Detention Center.

The Tacoma Fire department does not endorse the Puyallup Tribe’s graphic.

According to Tacoma city officials, the plant is not capable of housing enough LNG to result in the blast described.

Artist Saiyare Refei used to sit on Tacoma’s Commission on Immigrant and Refugees Affairs, and was part of the team that got House Bill 1090 passed. The legislation was signed into law in April 2021, and advocates say that is one reason the Northwest Detention Center should be closed. The center is operated by private prison company, GEO Group.

Refei says the portraits are meant to humanize the detainees and to create sympathy for their stories.

“For me, I really want to make sure that people detained are humanized, right? I think there’s often so much language that just dissociates us from people who are experiencing detention and are at risk of deportation. There’s so much othering,” Refei says.