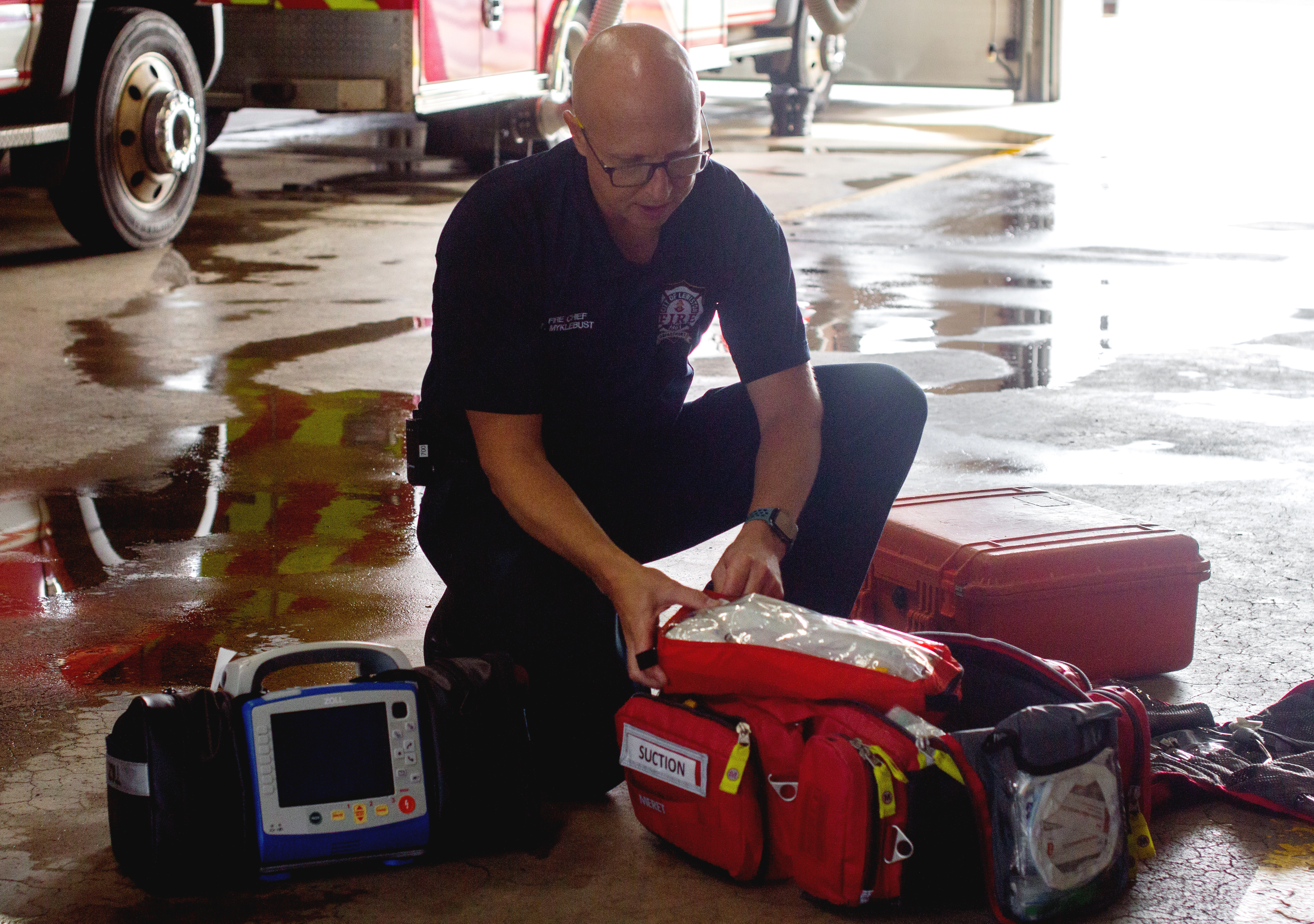 Overdoses and deaths related to the fentanyl-laced street drugs have been increasing.  Last year, the city of Lewiston saw an all-time high that’s likely to continue. Rachel Sun reports. (Runtime 1:30)

In 2021, the Lewiston Fire Department and emergency medical services responded to more than 60 opioid overdose calls.

Of those, two people died before even making it to the hospital.

The increase is caused mainly by fentanyl and other synthetic opioids found in street drugs.

Hall: I don’t know if it’s that, that people don’t know that they’re doing fentanyl or the fact that it’s not a perfect process when they press those pills. So some of them might not have hardly any fentanyl in them. And then the other ones might have a bunch in it.”

Of those 18, six were a result of fentanyl.

Myklebust: “One of my chiefs came in and said, ‘Hey, we’re almost out of Narcan, we need to order more.’ And I’m like, ‘Well, didn’t we just order it?’”

Naloxone is free through the Idaho AIDS Coalition and the Idaho Harm Reduction Project.