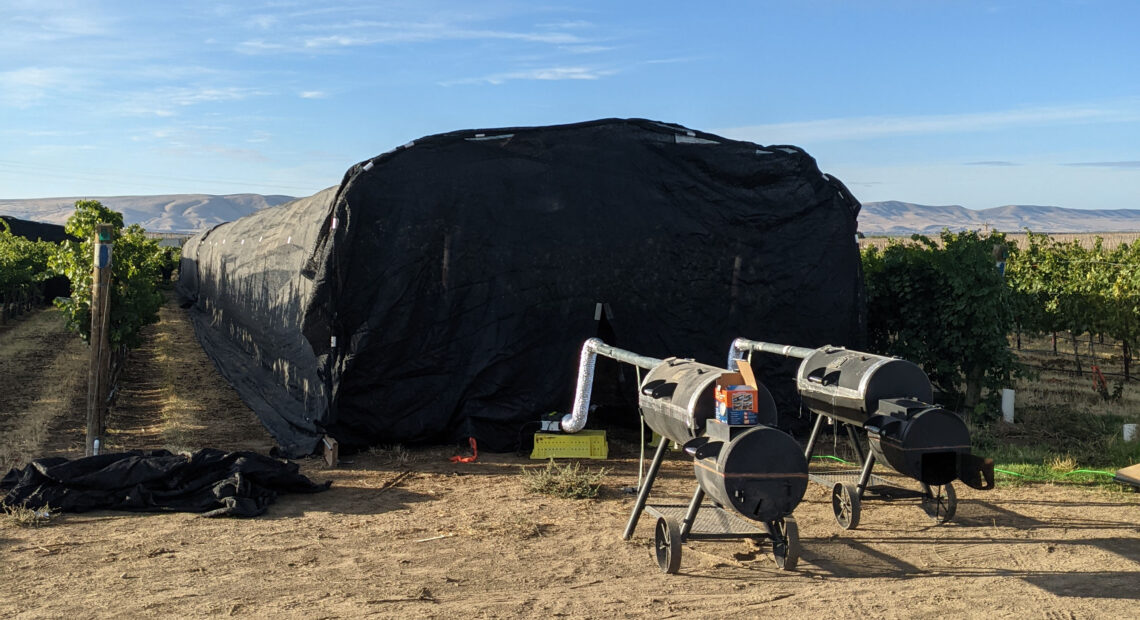 Wine made from grapes exposed to wildfire smoke can taste like ashes.

A research team of scientists in Oregon, Washington, and California have discovered a class of compounds that contribute to that ashy taste – often called ‘smoke taint’ – in wine and grapes.

Tom Collins is an assistant professor of wine and grape chemistry at Washington State University who works on the project. Collins says now that the research team has identified the compounds, they’re going to study how they end up in fruit and wine, and how to remove them.

“My expectation is we’ll be able to do a better job of doing some analysis on wines or on fruit, and telling growers or telling wineries, which wines are most likely to be affected,” says Collins.

New smoke exposure trials in the Prosser, Washington vineyards will start next week.