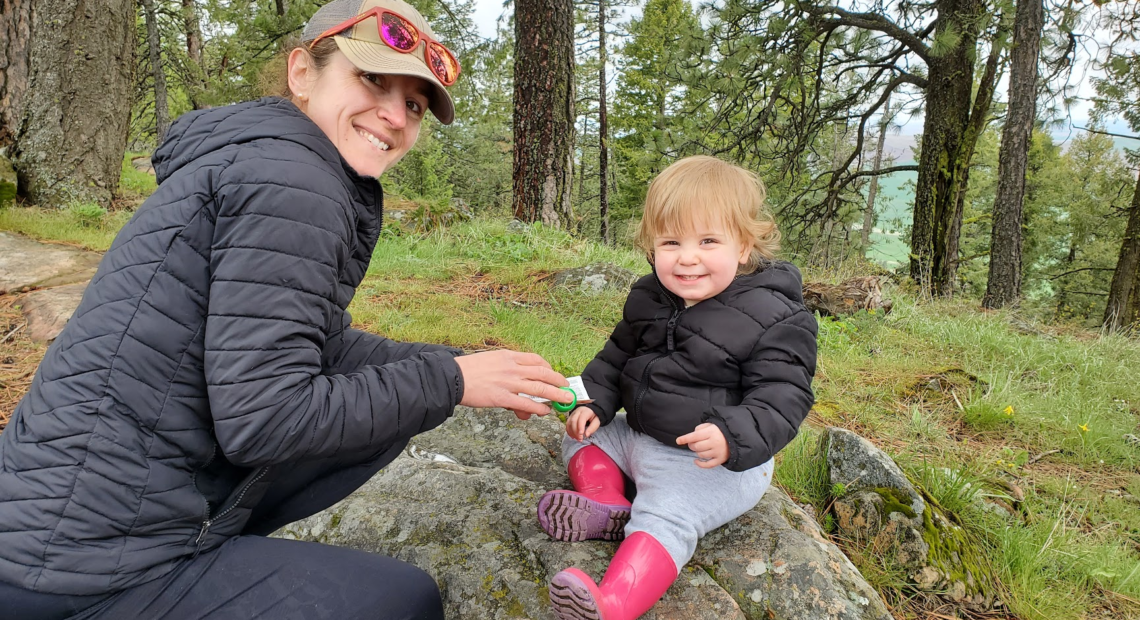 Some local parents are saying they’ve had trouble getting pediatric COVID-19 vaccinations for their young children, despite the FDA’s approval of the Moderna and Pfizer vaccines for children as young as six months in June.

Janna Privette, a Kooskia, Idaho resident, has two children under 3. She was only the second parent at her pediatrician’s office to request the vaccine, she said.

“The earliest we could get it is next week. They’re only offering Pfizer, we didn’t really have a choice between Madonna and Pfizer,” Privette said.

Her own doctor’s shipment of the pediatric vaccine ended up conflicting with travel plans, she said, and no one else she could find locally had it. Eventually, she found a clinic in Montana to get her children their first dose while visiting family.

“I called around to a bunch of different places to see if we could, you know, get it and they all said, ‘No, we’re not getting it. We don’t have it yet,’” Privette said.

Privette was hoping to have her daughter, who starts preschool in the fall, fully vaccinated by the time classes begin. That won’t happen because of how long it took to schedule, she said.

“She starts preschool in early September, and with Pfizer, you know, if we had started it right when it became available, I think we would have just made it. But with having to wait several more weeks, she wouldn’t be fully vaccinated until about a month into the school year.”

Anne Pisor, a Pullman resident, has a 21-month-old daughter. She called seven different vaccine providers shortly after the approval for children six months and older, trying to find somewhere to take her daughter.

Many pharmacies weren’t offering the vaccine for children under 5, while others required patients to have established care, she said.

Eventually, Pisor was able to get on a waitlist at her family doctor’s office, though the last she heard the vaccines are on backorder, she said.

As cases climb again, Pisor said she’s anxious to get her daughter vaccinated as soon as possible. Both she and her husband work full-time, meaning she has to rely on daycare.

Although most young children will not suffer serious illness because of COVID-19, Pisor said she wants to avoid any potential for harm to her daughter or those in contact with her.

“She could transmit it to other people, which is one issue,” Pisor said. “Another issue is that she could get long COVID. And we still just don’t know what that means to have long COVID, what the long term health implications are.”

Some of the limited access may be in part due to less demand for the vaccine than anticipated, said Chris Skidmore, director of Whitman County Public Health.

“I think it’s about half (the demand) of what they were thinking that they were going to get,” he said. “But in terms of numbers, I don’t really have that.”

Privette said one clinic she talked to had a waiting list, but wouldn’t schedule until they had at least 10 children on it, which would guarantee a full 10-dose shipment could be used.

“I know a lot of parents are waiting to kind of see how things turn out. But I think — if other parents are ready to vaccinate their kids, reach out to your provider and let them know that you’re ready. Because I think that’ll open up access to everybody more quickly.”

Carol Moehrle, director for Public Health — Idaho North Central District, said parents who are on the fence about whether to vaccinate their children can access information through the Center for Disease Control and Prevention website.

Some, she said, may be holding off because the number of young children who’ve contracted the virus is relatively low.

“In our whole district for the last two and a half years, the number of zero to four (year olds) has been about 390 (reported cases),” Moehrle said.

Idaho residents who do want to vaccinate their babies should reach out to their family practitioner or pediatric office as a first step if possible, she said.

“If those babies, those families have a practitioner or provider that they’ve seen for newborn care or childhood care, that’s where I would start with looking for vaccine,” Moehrle said. “They’re being very, very diligent in making sure they have what their families need.

Some Idaho providers, including Gritman, CHAS Clinics in Lewiston and Moscow, Clearwater Valley Health, St. Mary’s Health, and Syringa clinics offer or will soon offer pediatric vaccines, she said, though not all of them currently provide the vaccine to children under 5.

In Pullman, Sid’s Pharmacy is offering both Moderna and Pfizer vaccines for children as young as six months, and patients can schedule on their website.
Pullman Family Medicine will also offer the first doses of Pfizer COVID-19 vaccines for children under 5 years old from 9-11:30 a.m. on July 20, 22, 26 and 29. New and established patients at Pullman Family Medicine can call (509) 332-3548 to schedule. No walk-ins will be accepted.

The SEL clinic also offers COVID-19 vaccines for children under 5, but only for family members of employees.

Palouse Pediatrics also offers vaccines for children under 5 years, but only for established patients.

They will soon be offering vaccines for children six months to five years of age for any patients with established care at any of their clinics in Moscow, Potlatch, Kendrick or Troy, and will be reaching out to families soon to assist with scheduling.

This report is made possible by the Lewis-Clark Valley Healthcare Foundation in partnership with Northwest Public Broadcasting, the Lewiston Tribune and the Moscow-Pullman Daily News. It was produced with assistance from the Public Media Journalists Association Editor Corps funded by the Corporation for Public Broadcasting, a private corporation funded by the American people. To read more on story, visit our website at NWPB.org