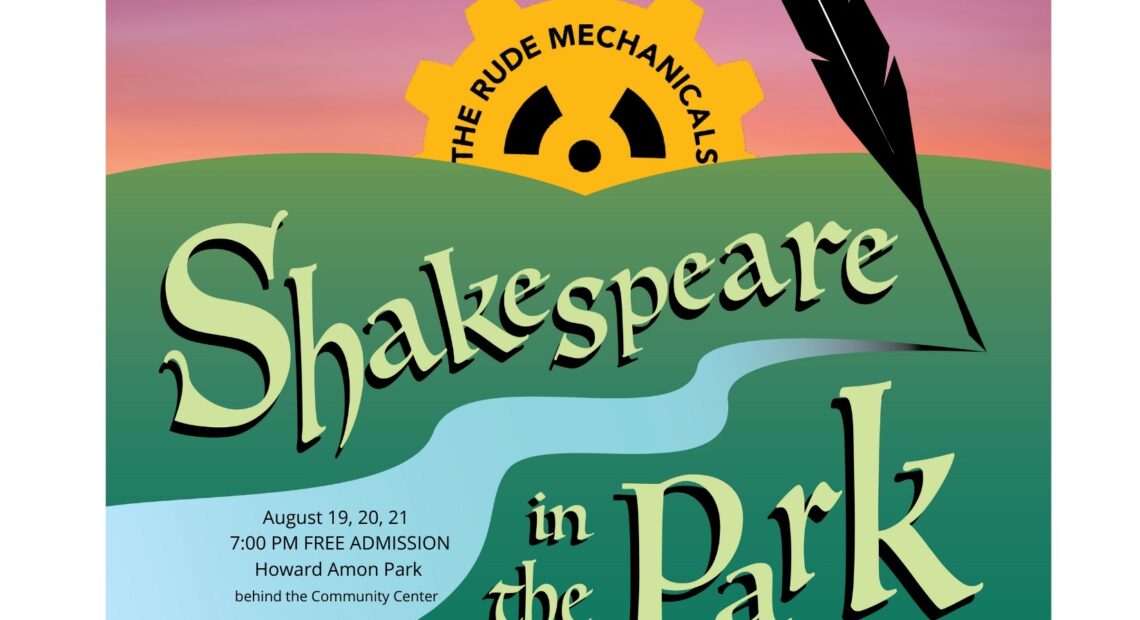 The long tradition of watching The Bard’s tales in the outdoors returns in August to two locations in Eastern Washington. Shakespeare In T

he Park by The Rude Mechanicals will be performing in Richland and Walla Walla.

William Shakepeare’s As You Like It is a comedy that was written 500 years ago and performed thousands of times throughout the world.

“It’s the one where the girl dresses like a guy and there’s a wrestling scene.”

When some people hear “Shakespere”…they might immediately be taken back to high school English class. This is what  Elliot calls ShakesFEAR. But Shakespeare is meant to be performed.

“Do not think too hard. Think about body language and every single time Shakespeare is writing he is not doing a lot of subtext. He is doing a lot of word play. But he is not hiding behind the text. He was writing for everybody of the time. Everybody. Not just the elite. And that’s why we still perform it today.”

As You Like It is funny and touching, with a love story and fighting and is for all ages. The Rude Mechanicals will be performing in Howard Amon Park on August 19-20-21 at 7 pm. Then the show hits the road to Walla Walla Aug 26-27-28 at the  Whitman College Amphitheatre.