Companies large and small around the Pacific Northwest say they are excited by growth opportunities that may flow from the climate, healthcare and tax package signed by President Biden on Tuesday. Turbocharged federal spending could benefit the region’s green energy sector in particular, although congressional Republicans remain dubious that Americans on the whole will come out ahead.

“It’s a great turning point,” enthused Tim Acker of Biosonics. “We have so much here in the Pacific Northwest to support this. So, we see nothing but really positive times in the next ten years.”

“There is capacity in the Seattle area to do this kind of work,” Acker said. “We have the scientists here, the community here, the outsourcing.”

Oregon has long been a hotbed for marine renewable energy research too, which could now catch a wave to faster commercialization. Oregon State University is currently outfitting an ocean testing platform offshore of Newport where energy developers could fine-tune new wave energy devices. Corvallis is home to Columbia Power Technologies, a private wave energy generator manufacturer with ties to both OSU and Biosonics.

The massive climate and healthcare package nearly died in the evenly divided Senate, only to come back to life last month when Senate Majority Leader Chuck Schumer and conservative Democrat Joe Manchin agreed to a pared down bill. No Republicans voted for the bill in the House or Senate.

“Democrats are doubling down on a reckless tax and spending spree that has led to the out-of-control inflation, high gas and energy prices, and climbing health care costs that we see today,” said Rep. Cathy McMorris Rodgers (R-Spokane) in a scathing statement posted Friday. “This $700 billion socialist agenda will only bring more pain to hardworking people by raising taxes and costs across every income level all so Democrats and President Biden can fund their agenda and seek more federal command and control in people’s lives.”

Democrats such as Ron Wyden and Jeff Merkley of Oregon and Washington’s Patty Murray praised Biden for signing the bill Tuesday. Murray’s remarks came off diametrically opposite to McMorris Rodgers’ take.

The climate spending package could also give a jolt to the nascent green hydrogen production aspirations in the Northwest. A few utilities such as NW Natural and Douglas County Public Utility District are dipping their toes into hydrogen production as a means to decarbonize natural gas supplies or to sell as a transportation fuel. But bigger plans to develop a “hydrogen hub” in the Pacific Northwest are only at the planning stage.

The director of the Portland-based trade group Renewable Hydrogen Alliance, Michelle Detwiler, said the new legislation expanded the federal incentives beyond traditional wind and solar projects to include other forms of clean energy such as hydrogen. In a prepared statement, Detwiler said that would make getting hydrogen projects off the ground “easier and faster.”

Nuclear power developers and suppliers also got in on the action as the package wound its way through Congress. The final version included numerous provisions to support nuclear power generation, a category that touches companies based in Oregon and Washington state that are working on next generation, small modular reactors.

“This bill will further solidify the commitment from the federal government to support advanced nuclear energy, understanding its role as part of a suite of technologies to help our country meet climate targets,” said TerraPower CEO Chris Levesque.

TerraPower has backing from billionaire Bill Gates and is based in Bellevue, Washington. Another Northwest nuclear developer that could benefit is NuScale Power of Corvallis and Portland.

The passage of the pared-down centerpiece of the president’s domestic agenda has even drawn interest at an aging aluminum smelter in Ferndale, Washington. A new owner wants to reinvent the idled Alcoa Intalco Works as a “green aluminum” producer with pollution control upgrades and a still elusive electricity supply contract.

A strategist working with the prospective aluminum maker and the plant’s union pointed out that the clean energy transition contemplated by the freshly signed new federal legislation will require a lot of aluminum. The metal shows up in heat pumps, solar array components and electric cars, to name just a few applications.

The Ferndale smelter could compete for a share of the pool of money for pollution-reducing upgrades and advanced manufacturing tax credits. But the uncertainty about the industrial plant’s restart, which stems mainly from the difficulty of securing a favorable power rate, leaves this potential beneficiary in limbo for now. 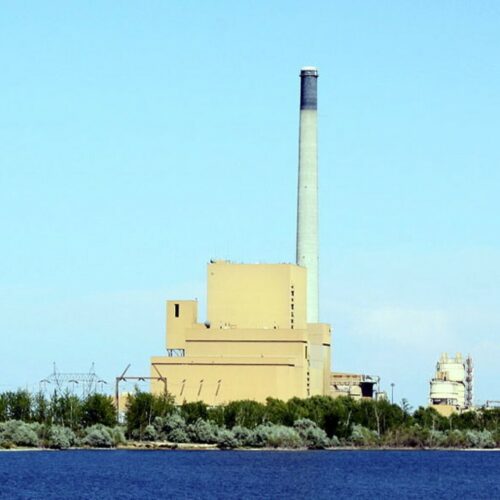