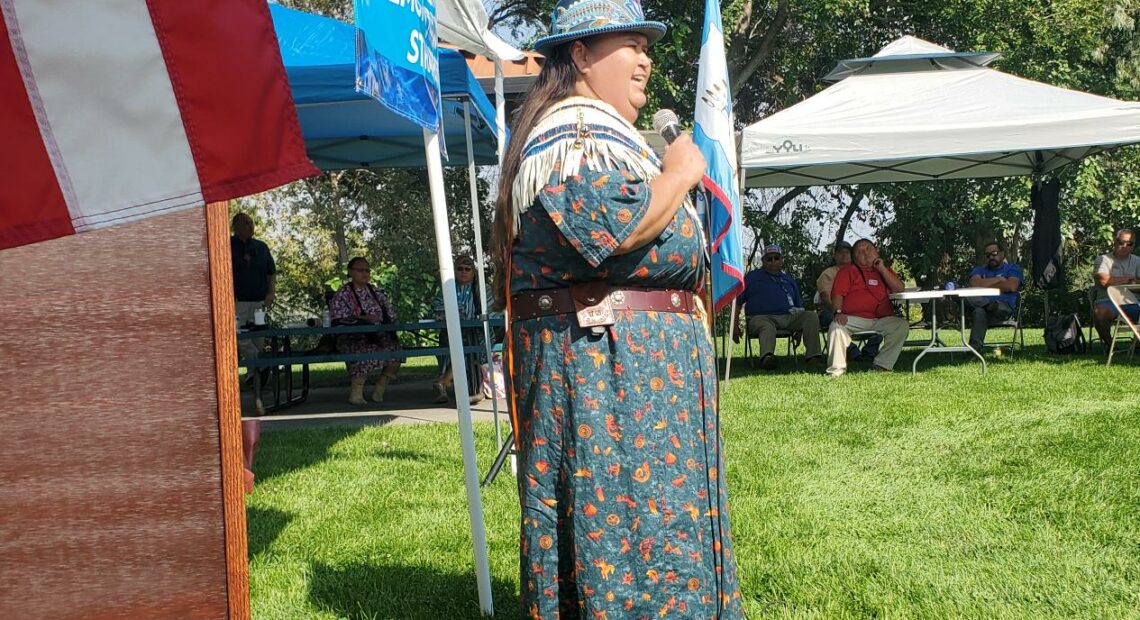 The Yamaka Nation hosted an event  at the confluence of the Yakima and Columbia rivers  in Richland to celebrate Tribal heritage and culture. The event also focused on environmental problems with the Bateman Island Causeway.

The Yakama Nation hosted an event  at the confluence of the Yakima and Columbia rivers  in Richland to celebrate Tribal heritage and culture. The event also focused on environmental problems with the Bateman Island Causeway.

Chamna is the ancestral name of the Yakima and Columbia rivers confluence. The celebration opened with music and prayers. 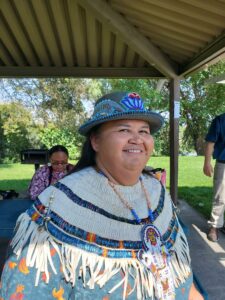 Yakama Nations Fisheries Program Manager, Donella Miller, reminded the audience that the Tribes are Salmon People and restoring the river system and environment will be a powerful benefit to their culture.

“As we said, it’s comprehensive solutions looking at all aspects of the needs of salmon recovery.  It’s also protecting and restoring the habitat and the environment to bring these fish back into the streams where they spawn back to where they live,” says Miller.

The Yakima Basin Integrated Plan has been developed over many years with partners that spoke at the event, including a farmer and irrigator, Urban Eberhart . 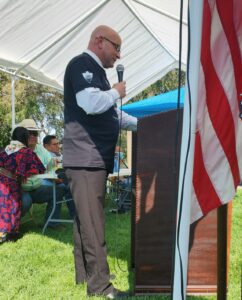 Restoration of the Yakima Basin includes removal of the Bateman Island Causeway.

“This earthen bridge called Bateman Island Causeway that completely blocks the water flow must be removed in order to ensure our continued successes,” says Eberhart.

The Yakama Nation Fisheries provided documentation of the issues with the Causeway, including high temperatures in the water, predators killing salmon smolts in the slack-water, and sediment buildup. 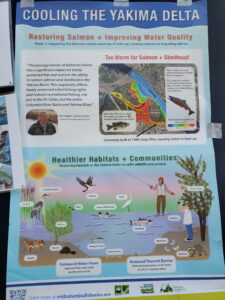 The Tribes say removal will have to be done sooner rather than later.