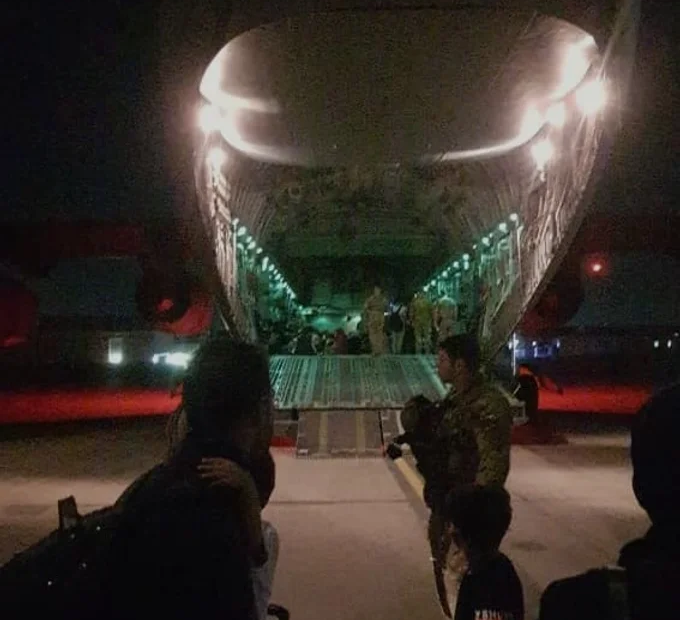 For over a year, a group of Active Duty and National Guard Green Berets formerly known as Team 11 have been helping their Afghan co-workers leave the war torn country. Members of the National Mine Reduction Group and their families are seeking refugee status.

Thomas Kasza wants the public to understand that time is of the essence for members of the N-M-R-G. That’s because at the rate that they are being processed,  it could take a decade to remove all of them. And right now, there is danger.

“So last night, we have a couple of families in Herat Province, and we got word of pending house to house searches by the Taliban due to increased levels of violence,” Kasza said.

Kasza is in the National Guard and a member of the group formely called  Team 11. They call themselves the NMRG Rescue Project.  They are looking after more than 300 members of the NMRG. He says about one person a month is processed through the National Visa Center or N-V-C.

“Without any exaggeration, they will admit to rejecting cases purely on the basis to give themselves some more leeway, more wiggle room. Essentially delay the process. Some of these guys, depending on luck of the draw, are getting kicked to the end of the line…just so they have a bit of a buffer to work with,” Kasza said.

Kasza is careful about what he says about the reasons behind the government’s handling of the Special Immigrant Visa program for Afghan refugees. He claims to know they are processing refugees from other countries quicker. Earlier this month, he was at a meeting for the Global Friends of Afghanistan, down the street from the State Department.

“It included most of the major N-G-O’s that have popped up in past year since the collapse of the Afghan Government. And there was zero State Department  representation inside of all this…they couldn’t find the time to send a single person to speak with us on the matter.”

N-G-O’s are the Non-governmental organizations, like Katza’s, helping to aid the people of Afghanistan.

And a year after the U.S. pulled out of Afghanistan, Kasza doesn’t want people to forget. He urges people to remember, these men in the NMRG were essential to the success of the American service members for the past 20 years.