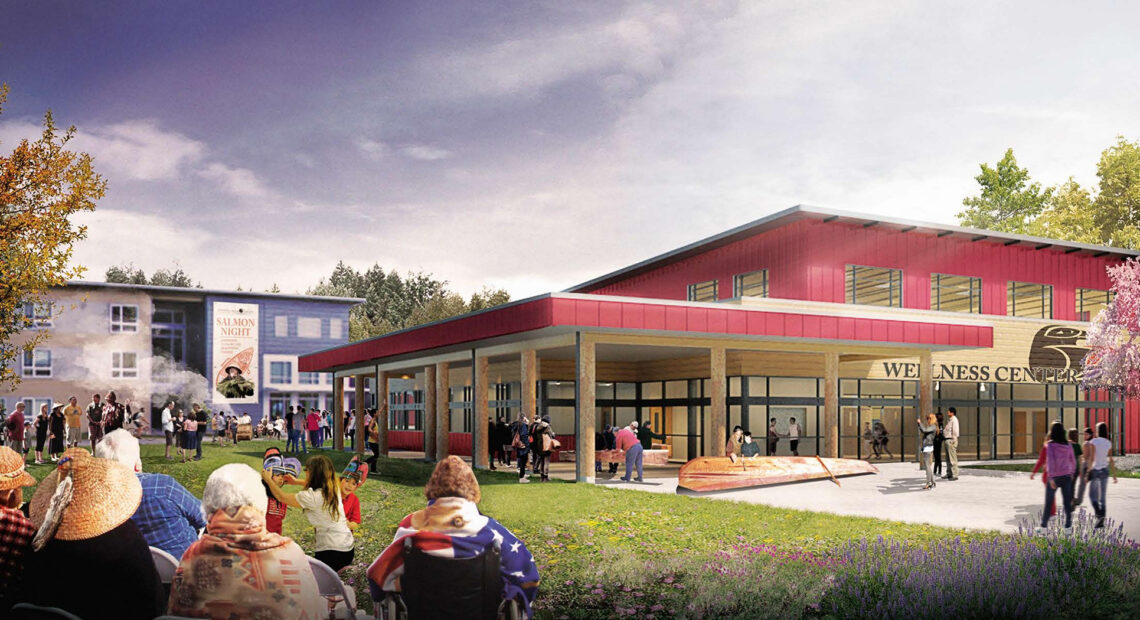 After years in the making, the Northwest Indian College will soon break ground on a health and wellness center for its students in Bellingham.

The college, which has a student body of roughly 1,000 people representing more than 90 different tribes including the Nez Perce, almost had to scrap plans for that center, said Justin Guillory, NWIC president and Nez Perce descendant.

The 15,500-square-foot center will include a multipurpose, regulation size sport court, a wellness resource classroom and an outdoor covered activity area. The project, which was first planned in 2014, faced multiple roadblocks including soaring construction costs, inflation and other funding sources drying up.

“It was being interpreted (by funders) as ‘Oh, you’re just building a gym,’ ” Guillory said.

But Guillory envisions the center as much more than a gym, he said. For him, it’s a keystone in the college’s mission of culturally-based education — a place for students to hold events, host powwows, drum, sing, recreate and socialize.

That charitable funding was essential, Guillory said, because as a small tribal college, taking out loans can be risky and federal funding is limited.

Having the communal space the center will provide is vital for students, he said, and creates more opportunities to share their culture and learn from each other.

“Yes, there are some commonalities (between tribes), but there’s also some distinct differences as well. And that’s an opportunity for learning. Each tribe has their own history, culture, language,” he said.

That culturally focused educational model is also in line with some of the biggest motivating factors for Native students, Guillory said.

Guillory, who focused his own Ph.D. on Native student success, said often, literature about Native students focuses on the challenges they face — this is known as “deficit language.” He wanted to look at what helps them to succeed.

“The motivation of our Native students wasn’t to climb the proverbial corporate ladder,” he said. “It wasn’t a ‘me’-based aspiration. It was a ‘we’-based aspiration. Their motivation and desire was, above earning a degree, to help their tribal people. (It) was to positively impact and contribute to their families and communities.”

Guillory described the work over the years to get the center built as an act of faith.

“I literally had the rendering of our facility next to my desktop in my office,” he said. “I always wanted that daily reminder of why, through the times of discouragement, or the times of applying for funding and being rejected — the ‘why’ was always for our students in our community,” he said.

Historically, Guillory said, educational institutions were used as a tool to strip Native American people of their identity, culture, language and history.

“The strength of the tribal college movement and Northwest Indian Colleges (is) reclaiming Indigenous education to use as a tool to restore and revitalize indigenous identity and culture,” he said.

The college recently marked six years of graduating over 100 students, he said. That might seem small compared to other institutions, but it’s a big deal to NWIC staff when, to them, every graduate is a part of rebuilding tribal nations. Those tribal nations include his own, Guillory said.

“That’s one of the, maybe secret joys that I do have. And I can’t overstate how humbling it is,” he said. “(Seeing) our Nez Perce tribal members and community members aspire to earn a bachelor’s degree or an AA degree, some have since moved on to earn master’s degrees — to play a small part of that is very rewarding.”