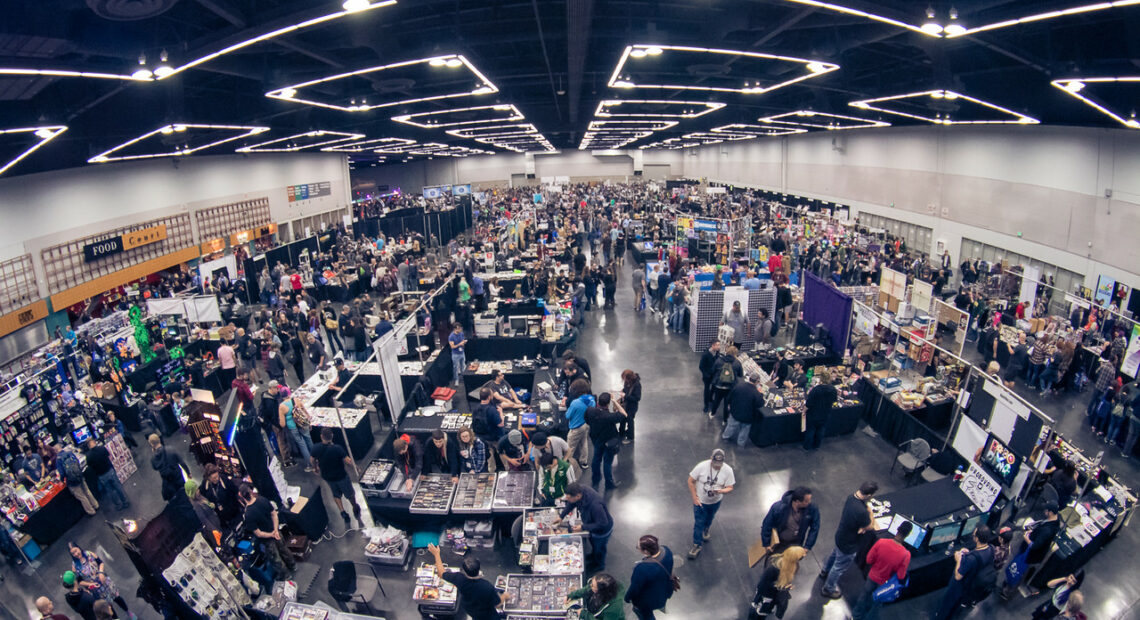 The video game industry in the US is projected to surpass 50-billion dollars in revenue this year. But as many games become increasingly sophisticated, vintage video games are enjoying a growing market – and a following – all their own. Regional Correspondent Lauren Paterson has more.

Portland, Oregon is known for keeping it weird with barcades, exotic cuisine, and eclectic bands. But a group of enthusiastic Northwest gamers has turned the city into a destination for a different reason: retro video games.

Toby Wickwire is the Vice President of the Portland Retro Gaming Expo, which takes place in mid-October. He says the event started 15 years ago in small venues like community churches. Now, it’s the largest retro gaming expo in the world.

“The show just kept growing, growing. We started having it at, you know, bigger hotels, and then moved to the Oregon Convention Center where we’ve been for years,” said Wickwire.

There are more than 3 billion gamers worldwide, and globally, it’s a 200-billion-dollar industry. 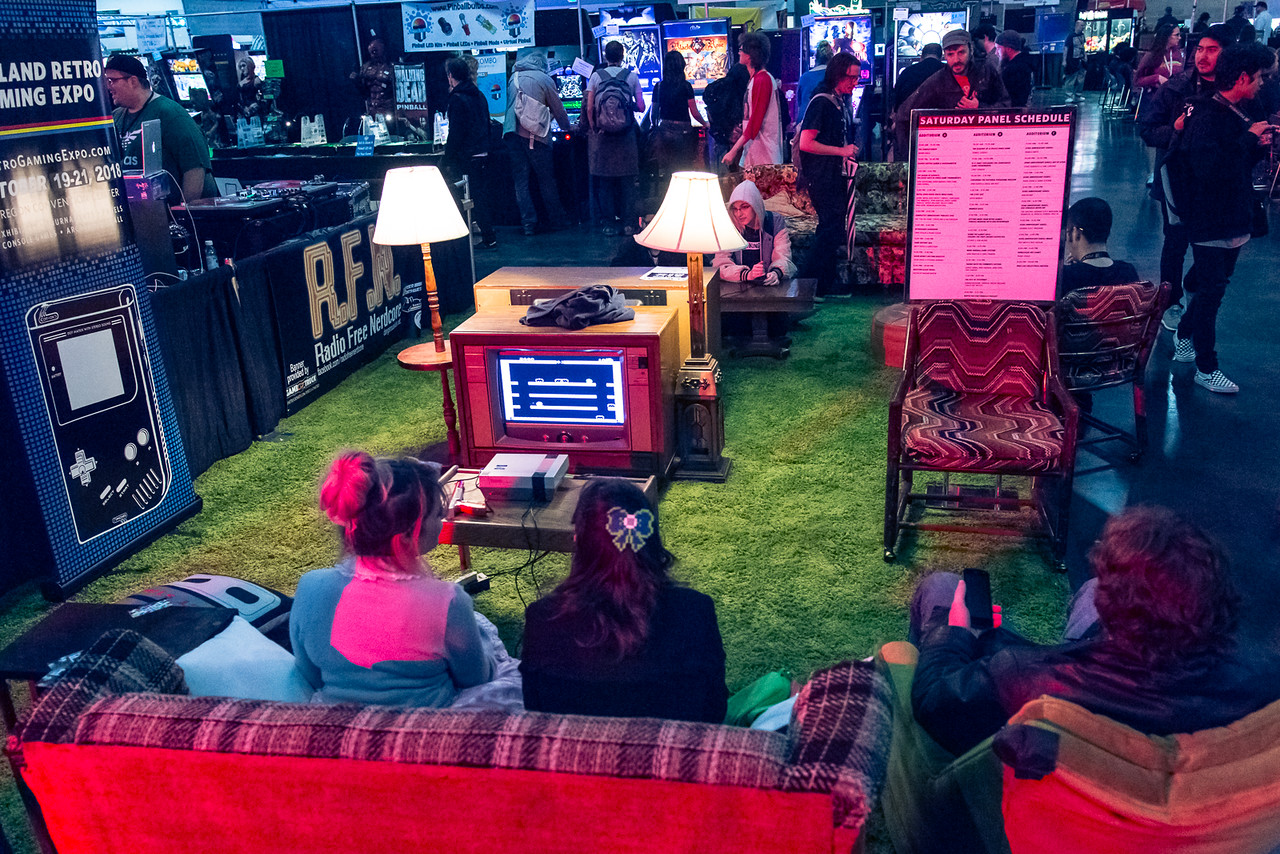 PRGE will feature panelists like YouTuber Adam Koralik, along with game vendors and a cosplay contest. (Photo courtesy Toby Wickwire)

While most gamers play newer stuff, Wickwire said there are always people who collect older things, including vintage video games. And now, these old games are attracting big investors.

“In the past, say five years, there’s more of an investment angle, which brings in these people that have millions of dollars to spend, whereas, you know, I mean, I was collecting games in the mid to late 90s. And if someone was spending a few 1000 on the game that was a lot, but now it’s it’s routine for people to spend 10,000, or 100,000 on something,” he said.

Corey Kleer-Larson has been collecting retro video games since he was a kid. He plans to travel from his home in Idaho to the expo in Portland.

At his apartment, he gives me a tour of his gaming room. There are bookshelves full of old video games, and vintage consoles wired up to play on his smart TV with the flip of a switch. 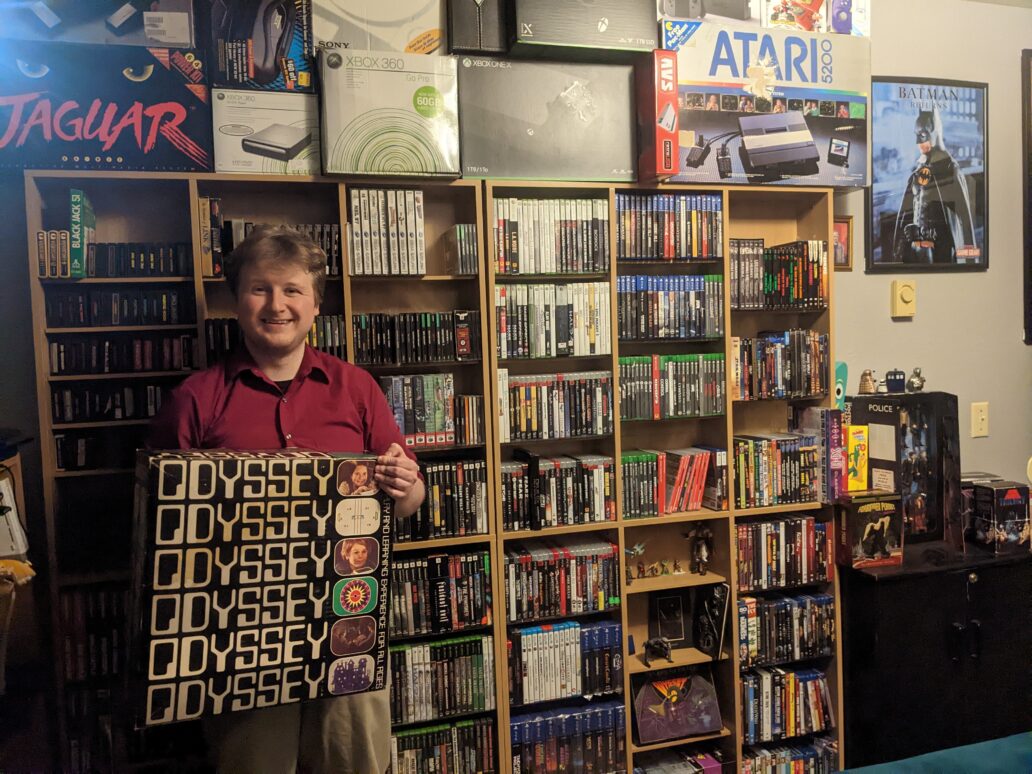 Larson shows me a few of his retro favorites, like Turtles in Time, Legend of Zelda, Donkey Kong, and Super Mario Brothers.

“And I am not the type to be out there dropping six figures on the Nintendo PlayStation prototype. But the chance to have these kind of immortalized on YouTube, and the chance to have them preserved for everyone to see when it before it disappears into a private collection is important,” said Larson.

While Larson has his own collection, he’s a big fan of YouTube gamers such as Adam Koralik. He produces videos showcasing obscure video game consoles and filling in fans on their history.

Koralik will be one of the panelists for the expo. He points out that Millennials were the last generation to grow up without the Internet, and they got attached to the characters and stories from these early games.

“We kind of evolved into the nostalgia generation, which is why everything from the 80s and 90s is constantly being rebooted,” he said. “We’re the ones doing that.”

Companies are cashing in on that nostalgia trend. McDonald’s is set to offer Happy Meals to adults through the end of October.

And nostalgia is a key theme of the Portland Retro Gaming Expo. The last original Blockbuster – a video and game rental store from yesteryear – will be hosting a video game world championship. There will be arcade games, a Tetris competition, and pinball machines set up that attendees can play for free. And of course, Toby Wickwire says, retro games to buy, sell, trade, and invest in.

“We have sort of the range of games from the 1970s into the 2000s. So I think even someone in their 20s is going to find something very nostalgic.”

The term retro, he said, has a different meaning for everyone.