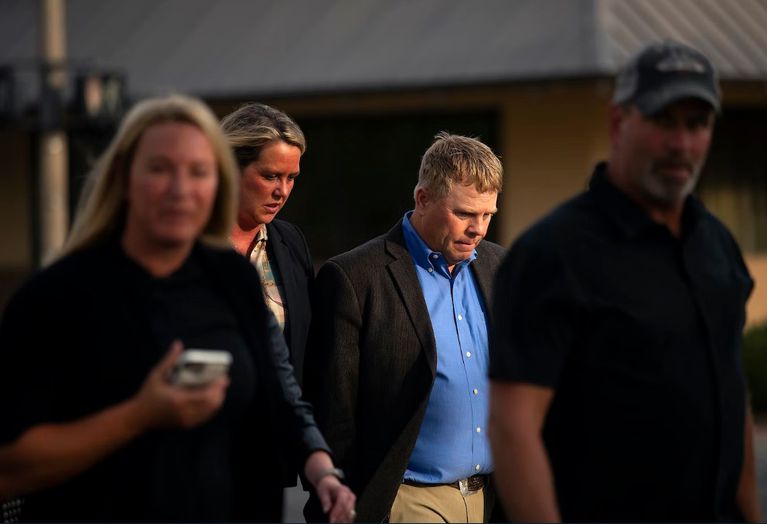 Almost two years ago, Easterday confessed to swindling meat companies of hundreds of millions of dollars for the care and feeding of nonexistent cattle. After he came clean, Easterday worked with the bankruptcy court to sell off most of his family’s massive farm and ranch empire.

“It’s all come to a collapse,” Judge Stanley Bastian said in the courtroom Tuesday before sentencing Easterday to 11 years in prison.

U.S. Attorney Vanessa Waldref said the $244 million Easterday stole was the largest amount in a criminal fraud case in the district of Eastern Washington.

“It’s very critical that we send a message to the community that this type of fraud — almost a quarter of a billion dollars — is taken seriously,” Waldref said.

Easterday’s lawyer Carl Oreskovich had argued for a lighter sentence, saying Easterday had been a community stalwart to the local 4-H kids, his workers and his family.

“He’s somebody that has helped everybody. And this is something that he’ll take hard,” Oreskovich said.

After the sentencing, Easterday’s supporters filed out of the courtroom silently.