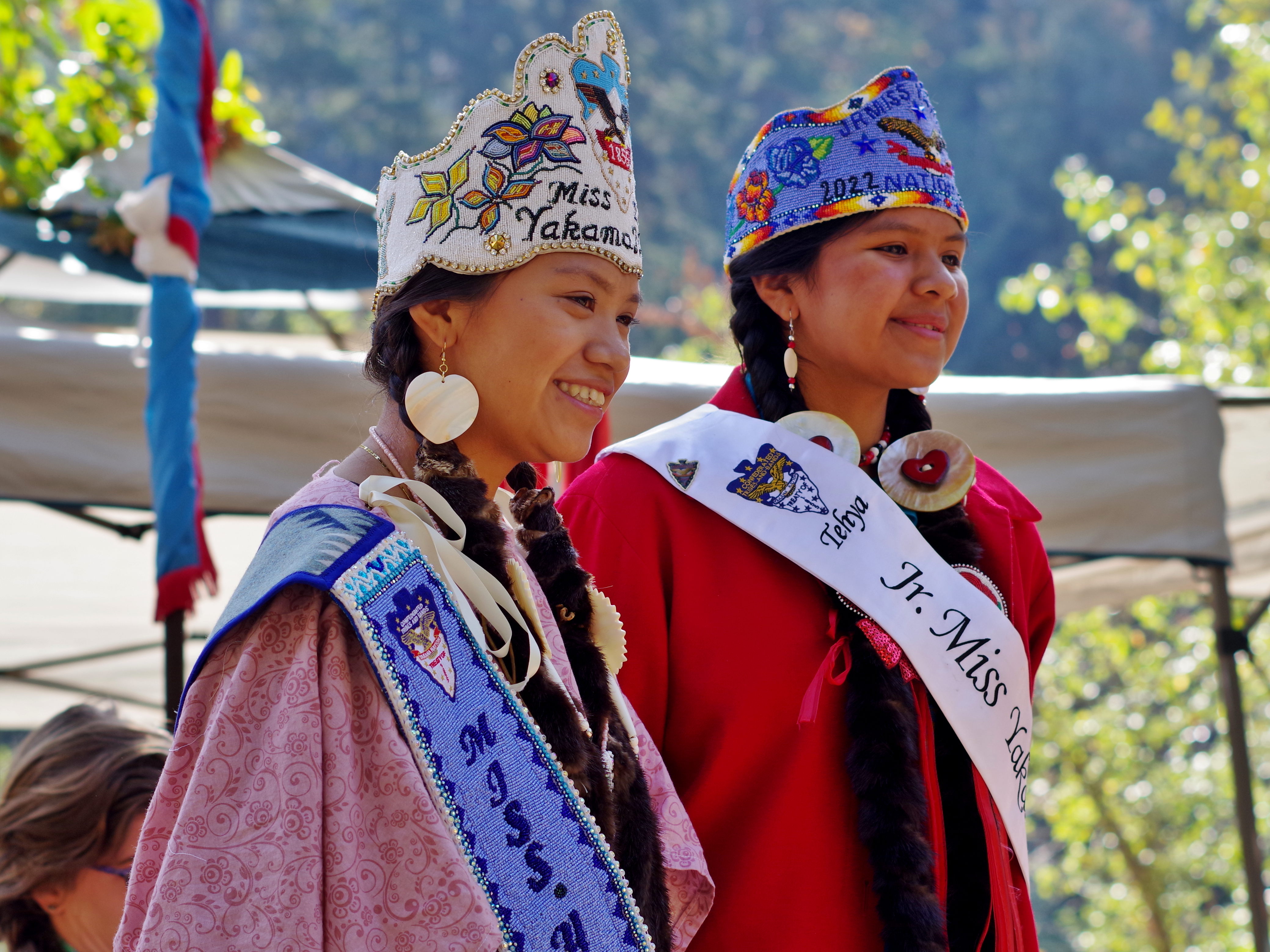 Eleven years after the Condit Dam was removed from the White Salmon River, the fish (and the land) are recovering—with a lot of help from experts and volunteers. The Yakama Nation recently celebrated the return of the salmon … and warned that more needs to be done. Dori Luzzo Gilmour reports.

It’s a warmer than normal October day on the banks of the White Salmon River. Children are splashing on the shoreline and many are walking along the area that was replanted with native plants after being covered by water for one hundred years.

It was difficult to get these First Foods and other native plants growing here again. The soil was hard and the nutrients had been swept away a long time ago.

Jeanette Burkardt is a watershed planner with the Yakama Nation Fisheries, she says an eco-grant was used to replant the 2.8 acre parcel within the former reservoir. “So we chose this site, not because it was extra difficult, [but] because it was actually most likely to be accessible to the public.”

Over 500 people have been involved in the effort led by the Yakama Tribe and community groups. Burkardt admits it was slow going at first. “I had to reset my expectations, I think a lot of us did, about what you can expect to see in terms of growth and survival on a site like this,” she says. ” I just want to remind people, the conditions out there were more like what you would see after a Mount St. Helens eruption.”

Only a year after the dam was removed, fish started coming back. Several organizations are involved in monitoring the fish counts says Joe Zendt, a research scientist with the Yakama Nation Fisheries.

“Those of us that are biologists wish we could stand here with a graph that, you know, shows dam removal and then a huge spiking fish population number,” says Zendt. “And of course, real life sets in and it’s a little more nuanced than that. But we are seeing these fish come back. They are in the areas they were historically and are supposed to be now.” 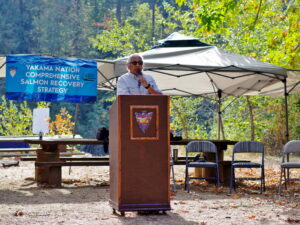 Tribal Elder Tony Washines, says the ongoing recovery of the land and river is important for Yakama Nation, who are known as the Salmon People.

“I remember the way my Alah [older relative] talked about this place and all of the things that were available in this area. It was a utopian place to come from and to be. When the dam came out, it was a great blessing for this river and this water.”

The Condit dam was the first large dam removed in Washington. Another, the Elwha dam in western Washington, was also taken down.

During the ceremony Jeremy Takala spoke about how there has been a lot of talk of dam removal versus fish survival. As Chair of the Yakama Nation Fish and Wildlife Committee, he says they’ve been pressing for even more projects to help fish habitats. 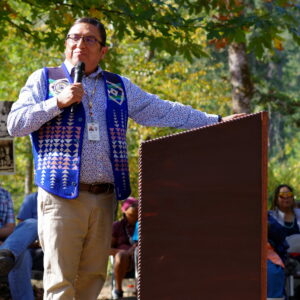 Takala says the Yakama Nation’s fourteen tribes and bands make up a third of Washington State. And they have not yet exhausted all their efforts to solve the problems they are facing—including climate change.

The mayor of White Salmon said the city has declared a Climate Crisis in a resolution, and Yakama Nation Fisheries Biologist Donella Miller, outlined how they are addressing it. 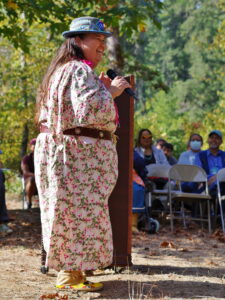 “We’re working comprehensively to find solutions,” Miller said. “And it’s not just about hatcheries or putting fish back in the river. That’s just one component. We have numerous habitat projects, you know, protecting the streams, especially in the face of climate change. As we’ve all seen this week, and even today, like, it’s beautiful out, but this is uncommonly warm.”

The Yakama Nation cites a three-part solution to address climate change. One is restoring rivers to normative flows, the second is replenishing aquifers and the third is expanding cool water refuges.