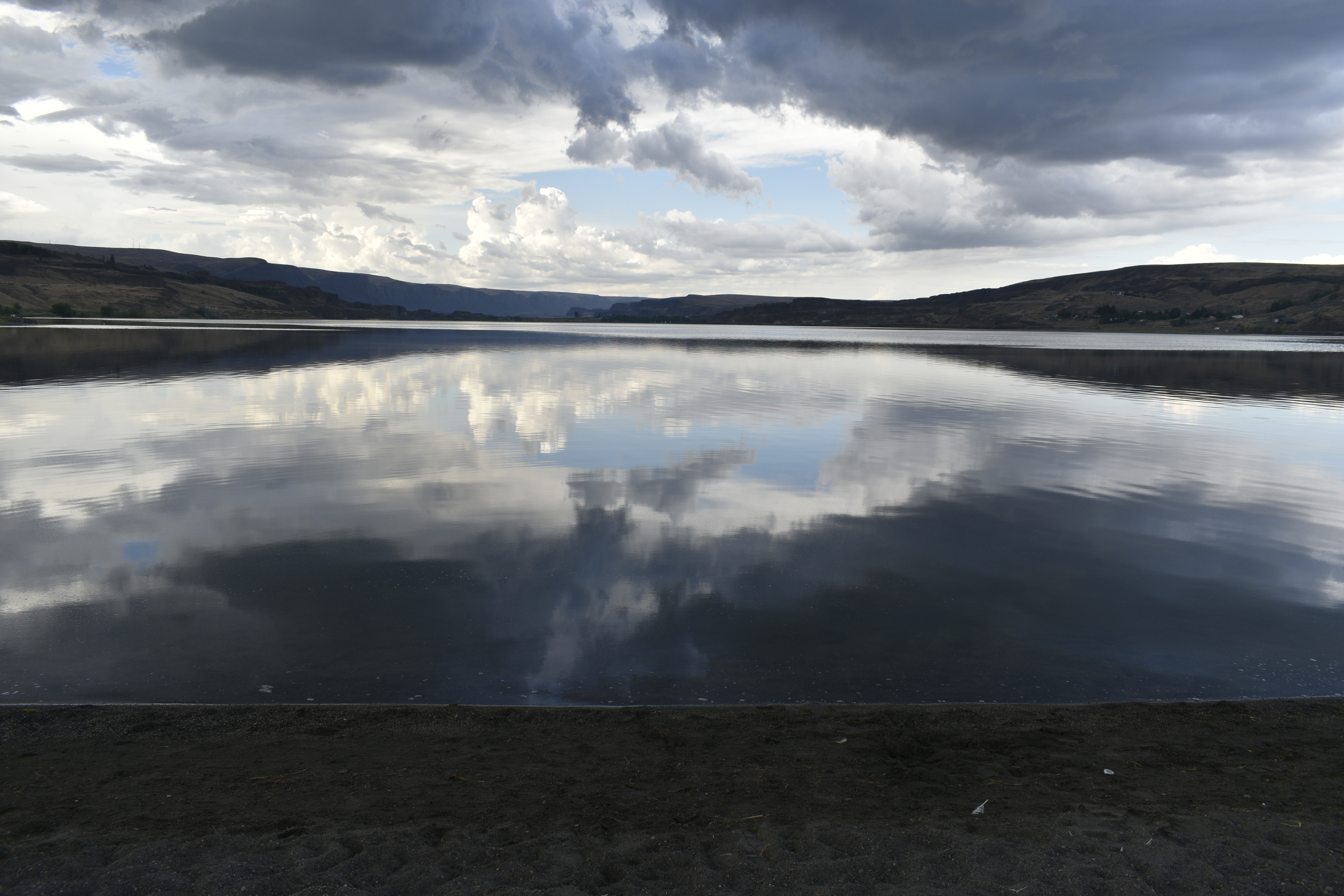 The recognition of Soap Lake’s healing properties goes back centuries — first used by Native tribes to treat a variety of ailments. Then, Russian immigrants who settled in the area also saw its healing potential. Returning WWI GIs used the lake to treat a condition called Buerger’s Disease — a circulatory illness primarily linked to tobacco use that can prevent wounds from closing and healing properly. There is long-standing, cross-cultural recognition that this lake heals ailments. Modern science can back this up. It all has to do with a delicate balance of minerals, bacteria and evaporation.

It all started with the Missoula floods 15,000 years ago. During the last ice age, a huge glacial lake surrounded by an ice dam formed in Missoula. When the water in this lake got high enough, the ice dam would break apart and 50 cubic miles of water — more than one trillion gallons — would flood the Inland Northwest. This is an astronomical amount of water, and this geological event happened more than 25 times. This is what created the topography of the Inland Northwest known and loved today — valleys, lakes, rivers, the hills of the Palouse and more.

Those floods carved out a chain of lakes in Central Washington with Soap Lake at the very bottom. Soap Lake is a ground-fed body of water. It does get some of its volume from rain, but most of the water comes from the lakes above it in this chain. As the water flows through these lakes, it picks up salts and minerals — and most importantly, it evaporates — before eventually reaching Soap Lake. This delicate balance created an almost magical type of water.

“The magic may be in the eye of the beholder, but this accumulation of salts and carbonates that has created the hyper saline and hyper alkaline condition,” Moore said.

The salt that is in Soap Lake is different from the ocean or what is in a table saltshaker. It’s Epsom salts, a magnesium and sulfur compound. (MgSO4+, for the chemists out there.) That compound plus the bicarbonate (HCO3-) in the water is what gives it that soapy feeling. The reason it feels slick and soapy is because of a process called saponification. This is the same process that makes bleach feel slippery when accidentally spilled on the skin. Full disclosure, this next part is gross — the basic solution of the bicarbonate reacts with the oils and fat on the skin and turns into an actual soap.

With all these compounds in the water, a person might think that nothing lives in this salty, highly alkaline water. That is not true. Soap Lake is teeming with life, mainly bacterial and algal. The bacteria in this lake are called extremophiles because they have evolved to live in these very specific, very extreme conditions. They cannot survive in any other conditions except for the specific chemistry of this lake, including on our skin.

The bacteria that live on us is mainly Staphylococcus spp. There are many different types of Staphylococcus spp., but generally they are all referred to as Staph. These bacteria are another extremophile. They love the salty, slightly acidic conditions of our skin. Most often the bacteria are totally harmless, in fact they make up much of the skin’s microbiome. However, in an open wound the bacteria can cause an infection. Sometimes those infections are serious — they can even be deadly. The waters of Soap Lake are toxic to these bacteria. Staph likes acids and dies in these highly alkaline environments.

These days, dipping an infected wound into a lake is not good medicine. Staph infections are treated with antibiotics, which are much more effective, but those were not invented until 1928. Before that, natural antiseptic solutions like these waters were one of the better options, compared to the leeches, mercury compounds or amputations that were commonplace. If you are experiencing a skin infection, it is imperative to seek medical advice.

Soap Lake can also be thought of as a giant Epsom salt bath, and many people use these salts to treat sore muscles, joints and arthritis. In an Epsom salt bath, the body releases fluids near the skin through a process called osmosis, which helps swelling. The body also absorbs magnesium ions through the skin, which can also reduce inflammation.

Understanding this unique ecology affirms the cultural knowledge about this water that has been held by Native Peoples and immigrants in the Northwest for centuries, before the advent of germ theory and antibiotics.

For the future, Soap Lake’s ecology is important because it can be used to model what life on other planets look like.

“There’s a lot of interest in Soap Lake as a model for what you might find on Jupiter. Trying to see: is there a possibility of having bacterial life in environments like you would find them on Jupiter, a really extreme environment?” Moore said.

Folk medicine to the oceans of Jupiter. This tiny, little lake in the middle of Central Washington is truly a special place, thanks to its Goldilocks combination of geology, groundwater flow and evaporation. And because of the people who first saw its potential.