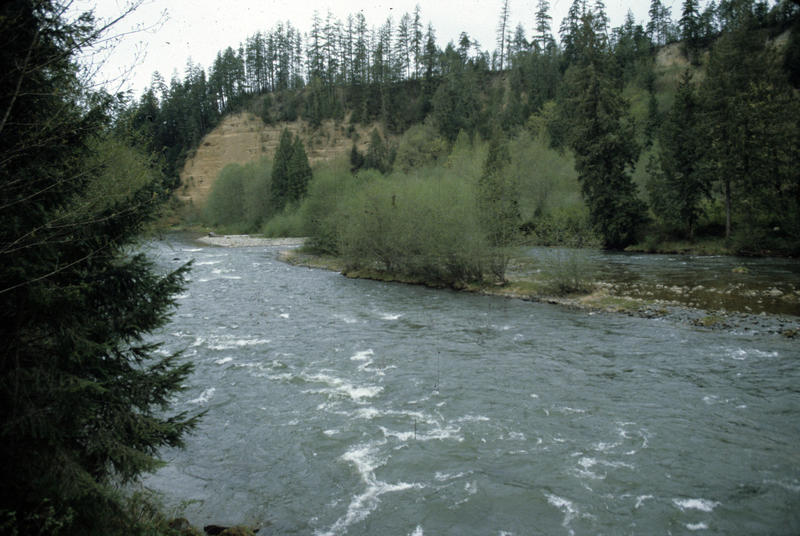 Southeast of the Puget Sound, in rural Pierce and Thurston counties, there’s lots of open land. It’s the home of the Nisqually River watershed and some of the last remaining prairie ecosystems in the state.

The Nisqually Indian Tribe manages 90 miles of land, from Mount Rainier to the mouth of the Nisqually River — a fraction of the tribe’s homeland, said Tribal Chairman Willie Frank III.

“All of our land really has already been taken,” said Frank.

On Oct.15, the Commercial Aviation Coordinating Commission recommended three greenfield sites — areas without current development — as locations for a new commercial airport in the state. Two are in Pierce County, one is in Thurston County. All three proposed sites for the new airport are on the homelands of the Nisqually People. The tribe has purchased land and, along with partners, spent billions of dollars to protect and restore the Nisqually watershed through projects such as the Billy Frank Jr. Nisqually National Wildlife Refuge.

“You’re really thinking about putting one of these [airports] out in Pierce County, in rural, beautiful — the backyard of Nisqually and all of our tribes who utilize that area?” Frank said with disbelief.

“We’re here and we’re not going anywhere. The fact that they’re trying to put an airport even closer to us, after everything we’ve been through with [Joint Base Lewis-McChord],” Frank said, referring to the two-thirds of the Nisqually reservation that were condemned in 1917 in order to build Fort Lewis, now JBLM. “It’s almost another slap in the face for us.”

Both of the recommended sites in Pierce County are in the Nisqually River watershed, posing environmental and cultural-preservation concerns, as both the Mashel River and Muck Creek provide salmon habitat.

The Commercial Aviation Coordinating Commission was created in 2019 and tasked by Washington Gov. Jay Inslee to address projected capacity shortages for commercial and cargo air travel. Projections for 2050 are somewhere between 49.3 and 55.6 million for passenger boardings in the central Puget Sound region — nearly double 2018’s 24 million boardings.

The commission has determined that even if SeaTac International Airport and Everett’s Paine Field expand, it still won’t be enough to accommodate the need for passenger and cargo air travel, according to David Fleckenstein, chair of the commission.

“An airport really close to a city is not really a good option too … so where do you put it?” asked Fleckenstein.

Since the recommendations were announced, many people in addition to the Nisqually Tribe have expressed their opposition to the proposed sites.

“My main objection or concern about the project is its impact on the rural areas [where] it’s being proposed,” said Matt Bouma, a resident of Roy. “[Rural land is] a commodity that is shrinking all the time.”

The Pierce County Executive, Bruce Dammier, wrote a letter with the county council to the commission expressing their opposition to a new airport in the county, citing concerns over a lack of infrastructure to support the development. The Port of Olympia Commission has also come out against the Thurston County recommendation.

Holly Wood grew up in rural Pierce County and raised her own family just outside of Roy. She’s worried the development might force her out of her home.

“Where do you find a place that is like what you have now? Where you’ve made memories with your family?” Wood asked.

The commission must select one preferred site to recommend to the legislature by June 2023.

Fleckenstein said the commission is in the process of reviewing public feedback now, and it’s possible none of the three greenfield sites will go forward. Instead, they might decide an expansion of an existing airport is the preferred location and could include additional recommendations.

Chairman Frank is hopeful the state will not move forward with building the new airport on any of the current proposed sites. He said the Nisqually People will engage in conversations to ensure this.

“I’m a big believer if we can get people in the room, we can actually get some things done,” Frank said.

Many have pointed toward potential environmental issues if the commission does go the route of new development. Frank said the tribe’s treaty rights are already under threat from urban sprawl and development impacting salmon habitat and the health of the water.

At the Centennial Accord, a yearly accord between the federally recognized Native tribes in Washington State and the State of Washington that took place last week, Chairman Frank said tribal members discussed protecting natural resources with Gov. Jay Inslee.

“We’re already battling. I heard all of our issues yesterday, and we don’t need an airport on top of any more,” Frank said. “If you put an airport in there … I mean, I don’t know if we will ever get salmon back in the Nisqually [River] after that.”