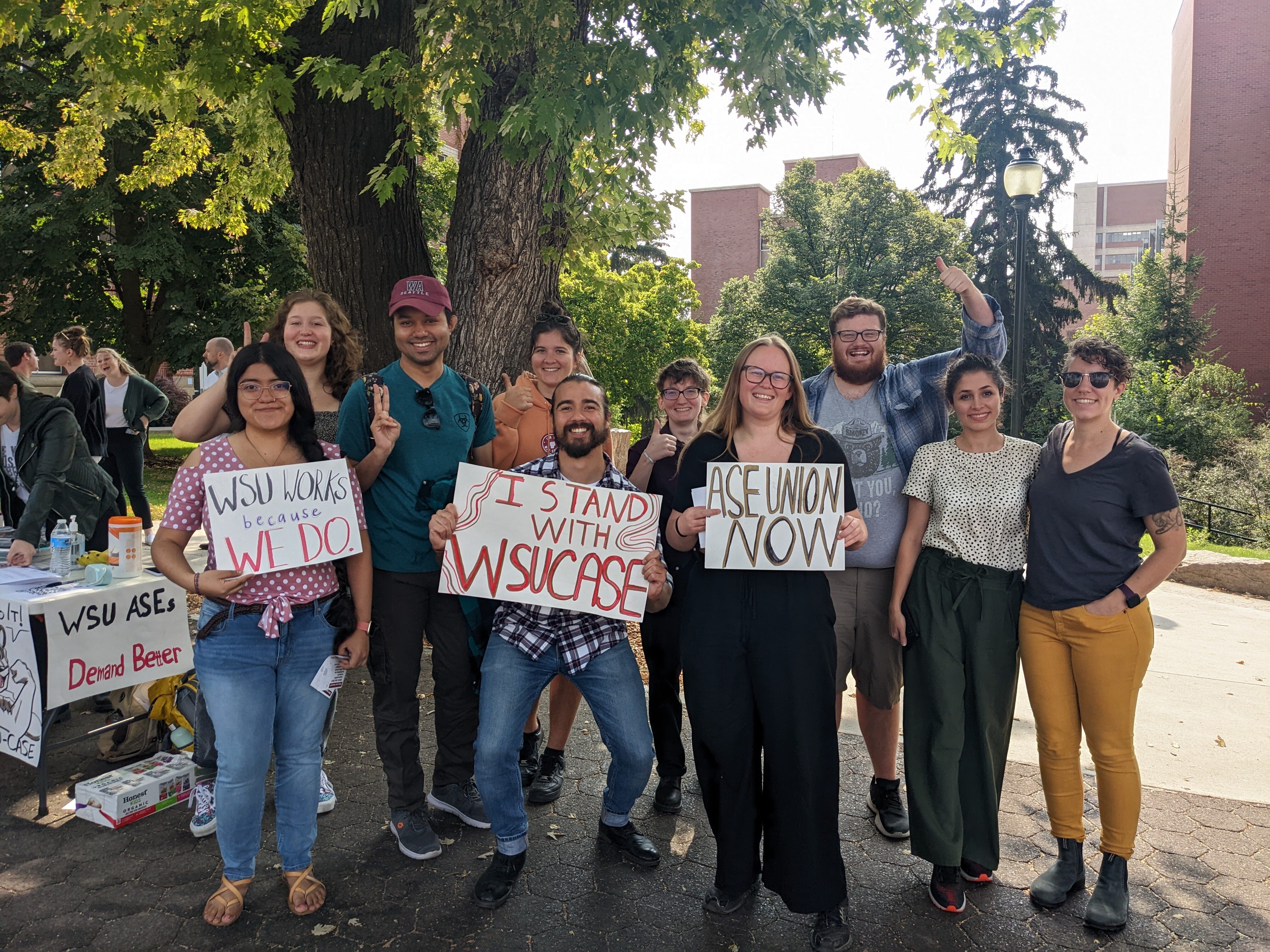 As the wave of unionization across US workplaces continues, some student workers at Washington State University will be joining the ranks. Correspondant Lauren Paterson reports.

More than 1500 student workers at Washington State University campuses across the state have now officially unionized.

The new status will allow the unionized students to come to the bargaining table and negotiate for work improvements, like better pay and benefits, said Claudia Skinner, a WSU graduate student.

“By doing this we have the power to improve our lives, the university, and society overall. So we’re really excited to have an equal say in determining the terms and conditions of our employment and to bargain a strong first contract with WSU,” she said.

The newly unionized student workers at Washington State University are now deciding what benefits to ask for at the bargaining table.

Priyanka Bushana recently graduated, but was a research assistant in neuroscience at WSU’s Spokane campus and a union organizer. She says the new union members are reaching out to University of Washington’s unionized student employees to see what other student unions have accomplished.

“We’ve seen that they’ve been able to secure pay and job security increases, workload protections, childcare subsidies, things like that. And that’s what we’ve been talking about,” she said.

While the student workers were officially certified as a union this week, the students officially filed for a union in May. And they’ve been organizing ever since.

Bushana said a bargaining survey has been sent to union members to gather input on what kind of benefits they want to seek.

In an emailed statement, a WSU communications representative said the university supports the rights of workers to organize.