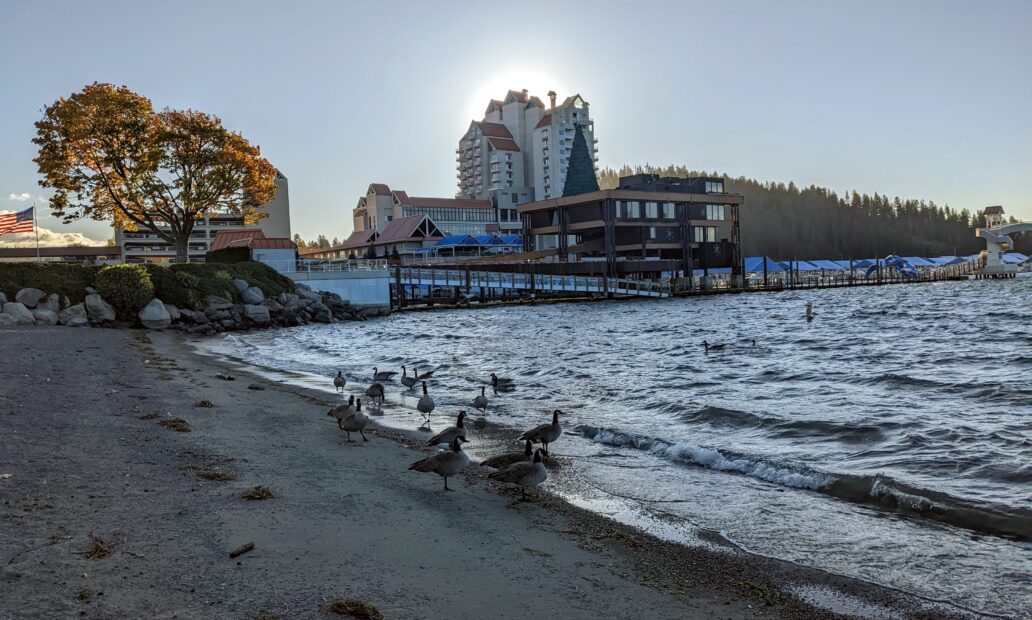 For over 30 years, Native American Heritage Month has been federally-recognized. Northwest Public Broadcasting reporters are interviewing Indigenous people from throughout the region to learn what they think about the month and what they want people to understand about their culture and who they are. Lauren Paterson brings us one of those stories.

Lake Coeur d’Alene is surrounded by forested mountains in the panhandle of Idaho. With nearby ski resorts for winter sports, and beautiful hiking trails and water for summer recreation, it’s a popular destination for residents and tourists year round. A hotel sits on the shores of the lake, near parks where residents and visitors can walk their dogs along the water. 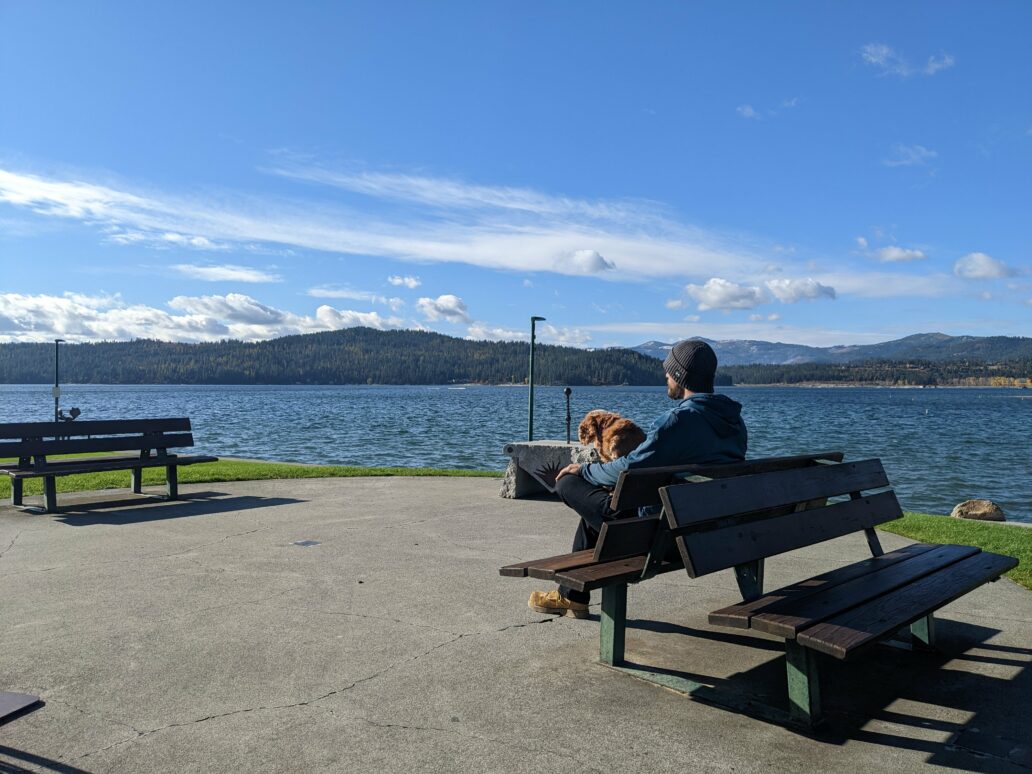 Although the view is breathtaking, mining between the 1880s and the late 1960s severely damaged Lake Coeur d’Alene. Mining for silver and lead, and other mining operations dumped waste into rivers in the area, which carried much of that waste to the bottom of the lake.

Caj Matheson is the director of Natural Resources for the Coeur d’Alene Tribe.

His people have lived in the area since time immemorial. The lake was central – and still is – to the tribe’s way of life.

When Matheson was young, he says his tribal elders always emphasized the importance of the lake to their culture … and to always protect it. He and his family fished and swam in the lake growing up, and still do.

Now, he goes to work every day to help restore Lake Coeur d’Alene and the surrounding area. Matheson sees the field of natural resources as a tool to protect his people and their way of life.

Three different groups control the cleanup of the lake. The U.S. Environmental Protection Agency, the state of Idaho and the Coeur d’Alene Tribe share responsibility for cleaning up the waste along the banks of the lake, preventing more waste from entering the water and making sure the people who use the lake know how to keep themselves safe from metals contamination.

Ed Moreen is a section manager with the EPA. He says they’ve cleaned up dozens of mine sites, but more needs to be done. As the population of this mountain town grows, new housing, roads and land disruption can release nutrients into the lake and cause algae and other nuisance plants to grow. 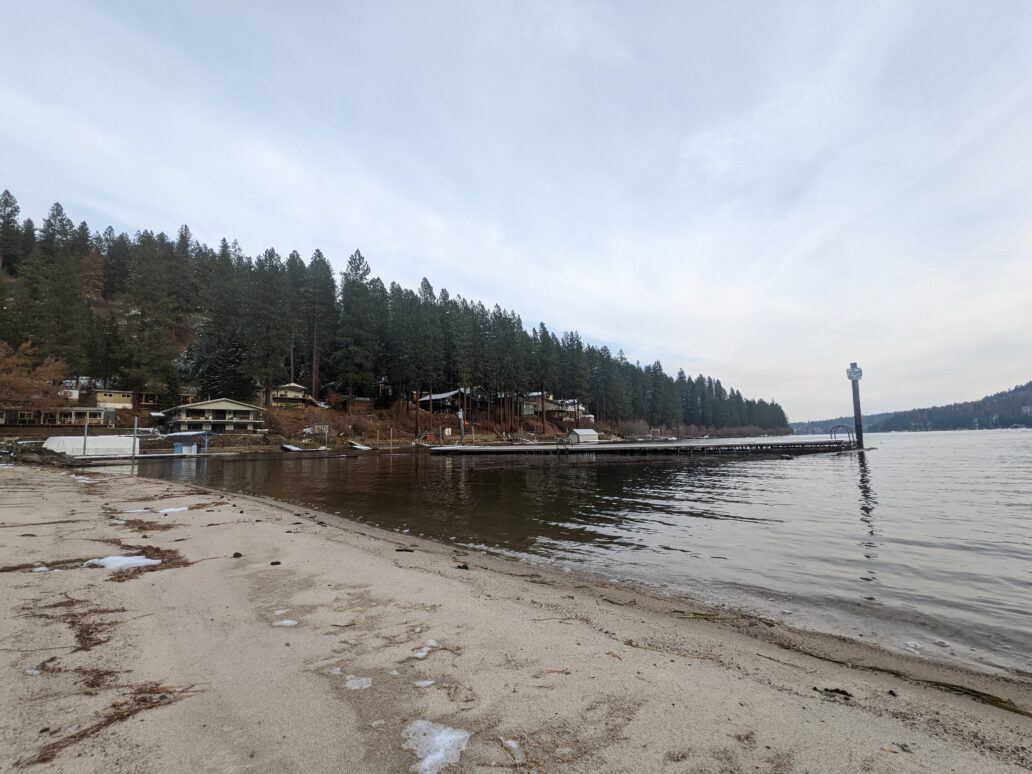 Dan McCracken works for the Idaho Department of Environmental Quality. He says the state is looking at ways to prevent stormwater runoff from parking lots and streets from reaching the water.

“We’re working with a lot of the cities in the watershed to try and find ways to treat their stormwater or divert it so that it’s infiltrating into the ground instead of running right into the lake or the river,” said McCracken.

Matheson said the cleanup of the lake is an environmental justice issue. He says his people were the first to recognize there was something wrong with the lake.

“One of those famous quotes from a past leader, Henry Aripa, said we didn’t need science to tell us that something was wrong, we were able to look around, walk around with our own eyes, and our own ears, hear the cries of the dying birds to understand that there was something wrong,” he said.

Earlier this spring, Idaho Governor Brad Little announced that $20 million would go toward helping clean and restore Lake Coeur d’Alene over the next few years.

Matheson says it’s a good start, but he’s going to keep pushing for more funding, more studies and more respect for his tribe’s ancestral knowledge of these lands.

While the state of Idaho, the EPA, and the tribe all agree that more needs to be done to restore Lake Coeur d’Alene, Matheson says western science is often catching up to where the Coeur d’Alene elders were all along.

“So for the world to understand if they took that Indigenous knowledge and had a deep respect for it, like we do, I think that it would save a lot of time, and point western science, I think, into new and amazing directions. ”