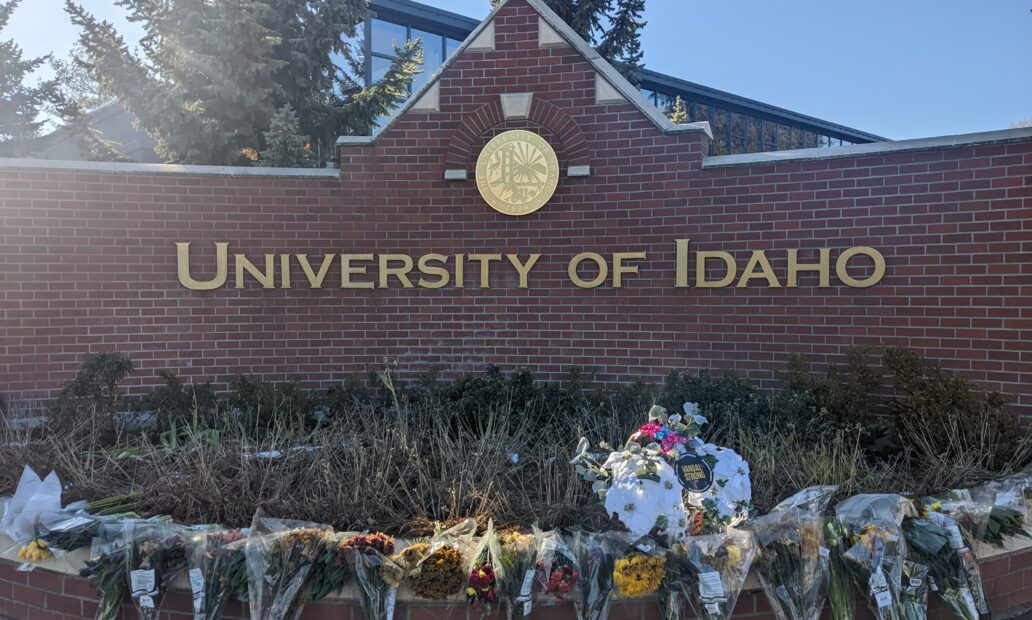 Police say they have ruled out several potential suspects in the homicide investigation of four University of Idaho students stabbed last week. Police are analyzing DNA from the scene for a potential link to a suspect. Correspondent Lauren Paterson has the latest from Moscow, Idaho.

According to the latest Moscow Police Department press release, the four University of Idaho students who died were likely asleep, each was stabbed multiple times and some had defensive wounds. There were no signs of sexual assault.

Police do not believe the two surviving roommates were involved. They were home at the time of the attack.

The Idaho State Police are analyzing DNA samples, such as bedding and nail clippings, from the scene. The coroner says it’s possible some of the DNA could be from the killer.

Police also say a man seen on the food truck surveillance video is not believed to be linked to the crime.

Detectives say they’ve also contacted local businesses to see if anyone purchased a large fixed-blade knife — the likely murder weapon. They’re seeking more information from the public that might help the investigation into the deaths of Xana Kernodle, Ethan Chapin, Madison Mogen and Kaylee Goncalves. The Latah County Coroner ruled their deaths homicides by stabbing.

Police were slow to talk to the press last week, and sparse with details until this recent press release.

“What we hope they are doing is they have information that they’re withholding because they don’t want the person, whoever they eventually find, to know what they’ve been talking to the press. So they can use that as part of the investigation process,” said Wolf.

But University of Idaho student Rebekah Gann said she’s disheartened with how investigators have handled the case so far.

“Moscow PD let everyone just feed into the rumor mill, while they knew how these students passed away,” she said.

Gann said she left Moscow Tuesday morning, as soon as news broke about how the students died. She says she plans to stay in her home town of Coeur d’Alene for the rest of the semester. 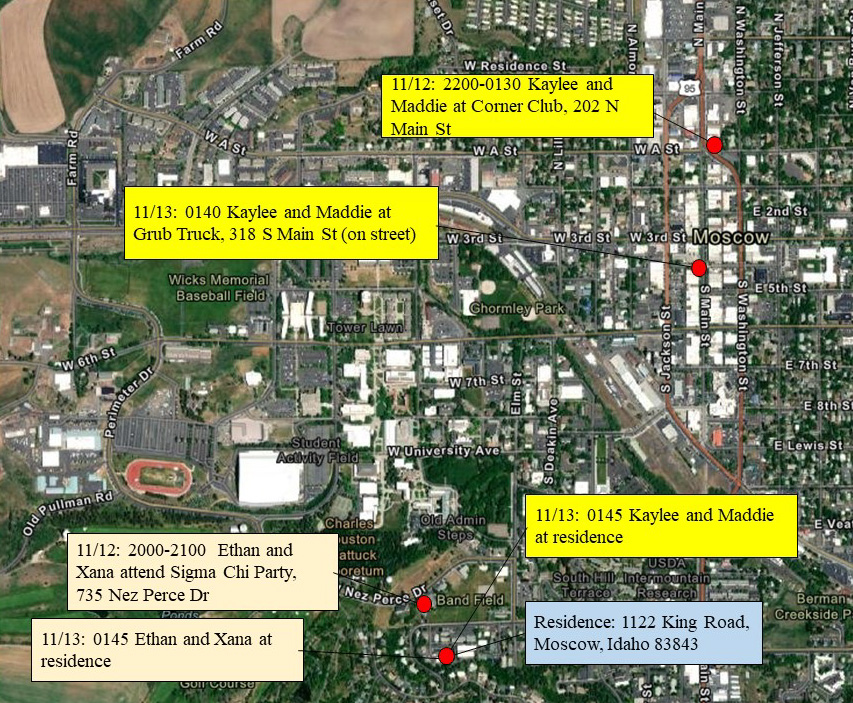 The Moscow Police Department released a map of the whereabouts of the four students on the evening of the attack. Detectives working on the University of Idaho homicides said they are seeking additional tips and leads to further the investigation. Credit: Moscow PD

The case has rapidly caught the attention of the online world, including on the social media site Reddit, which allows users to post and interact in forums about different topics. A new subreddit titled ‘Moscow Murders’ popped up last week. It swelled to more than 12,000 users at the time this story was posted, fueling conspiracy theories and rumors about the case.

Blaine Eckles is the dean of students at the University of Idaho. He said gossip can have negative impacts on the families involved in the attacks.

“People’s entertainment, it has an impact on the real people that are living it,” said Eckles.

Eckles encourages students to step away from social media speculation and share anything they think might be helpful with law enforcement.

According to the press release, investigators have received almost 500 tips and conducted 38 interviews with people who may have information about the crime.

There is a large police presence in town. The Moscow Police Department has four detectives and 24 patrol officers on the case. There are 20 investigators and 15 uniformed troopers from the Idaho State Police involved, along with 22 FBI agents.

There are currently no suspects in custody. The murder weapon has not been found.

Investigators are asking anyone who saw suspicious behavior, or has video footage or information about the attack to call their tip line at 208-883-7180 or email [email protected].