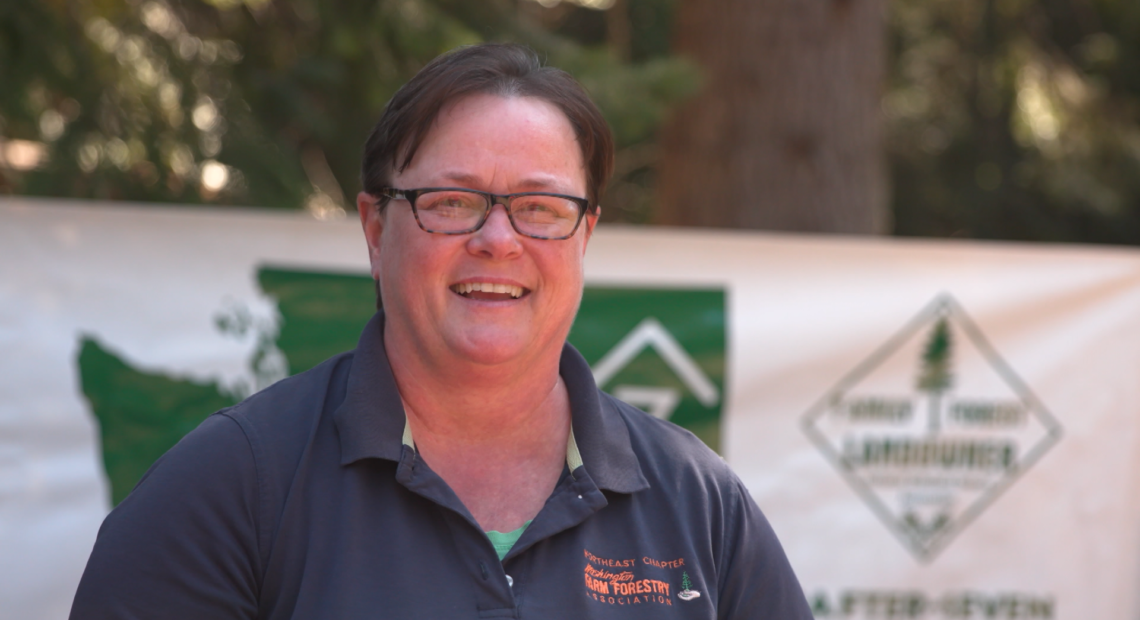 Out in Chewelah, Washington, north of Spokane, Patti Playfair is the third-generation managing her family’s tree farm, Rafter 7 Ranch. A variety of tree species cover their acreage, including ponderosa pine, Douglas fir and lodgepole pine.

The Playfair family has used fire on their lands off and on since 1927, but it wasn’t until Patti’s father brought fire back in an attempt to rid the landscape of Armillaria root rot, a fungal disease that impacts plants, that her family came to realize just how important fire is to the landscape.

Land managers like Playfair use fire on their landscapes partly to mimic what occurred naturally.

“On our tree farm, that fire happened every 11 to 26 years,” Playfair said.

Many species adapted to that natural cycle — until managers started suppressing all fires in the 20th century. That suppression could be causing some of the problems forests now face.

Lodgepole pines are a prolific species, ranging from the Yukon to Southern Colorado.

A subspecies of these pines, known in Latin as Latifolia, is found from the eastern Cascades to the Rocky Mountains and has a beneficial relationship with wildfire. The subspecies needs fire for the serotinous cones to open up, allowing its seeds to begin to grow.

“These cones are covered with a coat of resin, and it prevents the cones from opening,” said James Agee, emeritus professor at the University of Washington School of Environmental and Forest Sciences. “Those cones are simply waiting for something to come along and melt that resin seal. And historically, that disturbance was forest fires.”

The lodgepole pine is also a thin-bark tree, which means fires usually kill existing trees. In the region where lodgepole pines grow, regular fires would kill the living trees, causing them to release their seeds to regenerate. That would start the next generation of trees.

However, scientists said they aren’t sure about the impact fire suppression has had on lodgepole pines because fire has only been suppressed for around 100 years. That suppression has resulted in abundant fuel across forests that were historically more open, which has made wildfires more intense, burning larger swaths of the landscape.

“It’s very likely that we’re slowly moving over the last century to a higher proportion of non-serotinous lodgepole in this subspecies of lodgepole,” Agee said.

Without fire, dense lodgepole pine stands have stressed the trees as they compete for resources, making them the perfect target for the mountain pine beetle.

“With a century of fire exclusion, we’ve really seen an increase in mountain pine beetle epidemics in these lodgepole forests,” Agee said.

Over the last century, scientists have witnessed denser forests with stressed trees, buffets for the beetles that are waging a feast across the country.

The lodgepole pine is the beetles’ preferred snack, and it’s a cruel consumer.

“The beetles bore through the bark and began to lay eggs in the phloem, which is essentially the cambium area just on the inside of the bark,” Agee said. “And as they’re doing that they also carry a fungus called blue stain fungus. And that blue stain fungus grows within the sapwood and spreads and blocks the water conduction of the tree so that within a week or two, that tree begins to exhibit stress and soon dies.”

Once the beetles get a big enough population from feasting on lodgepole pines, the pests can move onto other tree species, like ponderosa pines. That poses a threat for land managers who grow and harvest trees for timber.

“Once (there are) large beetle populations, (the beetles) can also attack healthy trees,” said David L. Peterson, a forest biology professor at the University of Washington and emeritus scientist with the U.S. Forest Service. “So we’ve had this kind of cascading effect that has gone across something like 50 million acres of dead trees in western North America.”

Moreover, a warming climate has helped the beetle proliferate.

Across western North America beginning in 1990, scientists witnessed a die-off beginning in British Columbia of some 50 million acres of trees, including lodgepole pines.

According to Peterson, this devastation is “probably the biggest single disturbance event we’ve been able to witness in western North America.”

The die-off ended in 2010, likely because the beetles ran out of food.

But, that much deforestation has rippling effects. For example, when landscapes lose trees, soil structure loosens and makes landslides more likely. Runoff can corrode nearby rivers and streams, degrading water quality or leading to flooding.

Bringing fire back to the landscape might be one solution. That could help reduce density in the stands, making the trees less stressed and less likely to be targets for mountain pine beetles.

Alongside her brother and cousins, she has established more regimented fire prescriptions on the land she manages. As she learns the fire history of that land, she’s also learned what plants and trees thrive with fire, such as lodgepole pine.

Playfair said she wonders how reintroducing low-intensity, prescribed fires to forested areas will affect the pines.

“I’m not quite sure where that takes us, to be honest with you,” Playfair said. “But it’s very interesting that we will push species to evolve. They will evolve around what they need to do to reproduce themselves.”

Agee said unless widespread and patchy fires are put back on the landscape, there will continue to be this type of large-scale forest devastation.

Fire will kill the existing lodgepole pines, and scientists doubt burns can be introduced at a grand enough scale to curb the problem.

Agee said he thinks the pines are survivors and will have to adapt.

“I don’t think lodgepole is going to disappear by any stretch of the imagination,” Agee said. “But there might be slight shifts in the proportion of lodgepole at the edges of its range.”

Western conifers like the lodgepole pines are survivors with a lot of genetic diversity, but scientists worry these cascading ailments in the face of climate change could be the tipping point.