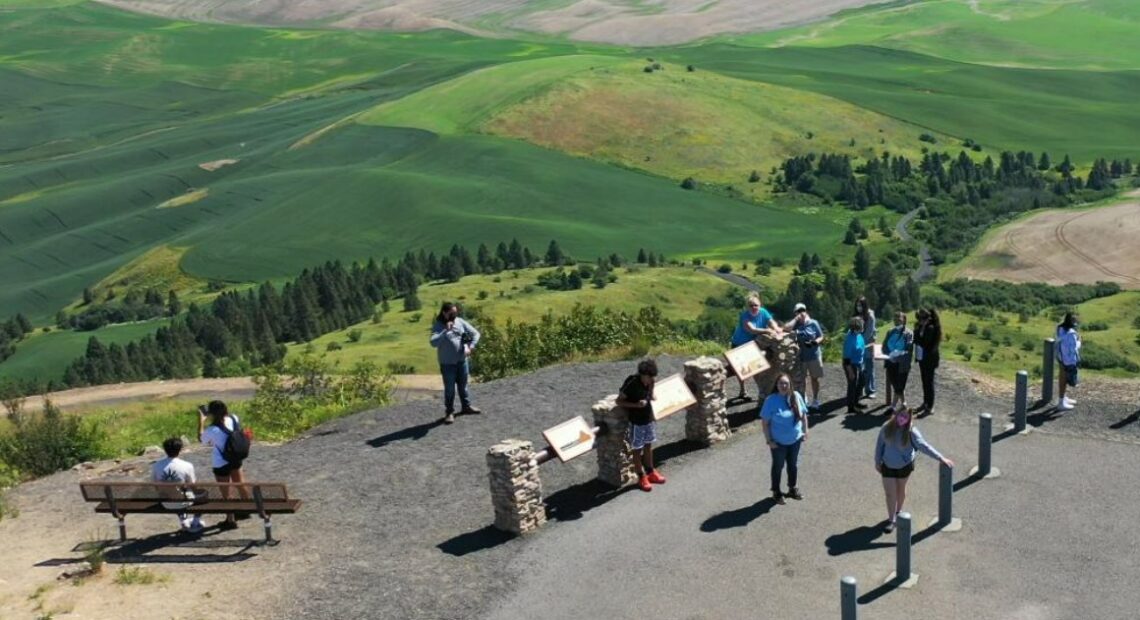 In an effort to get more Idaho youth interested in cultural history and STEM, the Coeur d’Alene Tribe started a podcast project where students help create the stories. Correspondent Lauren Paterson has more.

Chief Allan is a sophomore at Coeur d’Alene High School. He took part in the Voices to Hear podcast project during his summers following seventh and ninth grade.

“It was really hands on. I got to do everything to make the podcast and to make a lot of the choices of what went into the podcast,” he said.

The podcast’s style has evolved over time, sometimes taking on a talk show format, later evolving to more of a news desk style. Julie Poynsenby, the program manager for the Coeur d’Alene Tribe’s department of education, said the project emerged during the summer of 2019 as a way for tribal students to express their thoughts about environmental problems affecting their homeland.

Students learn from experts, tribal scientists and elders. Then students interview those same sources to create the episodes. 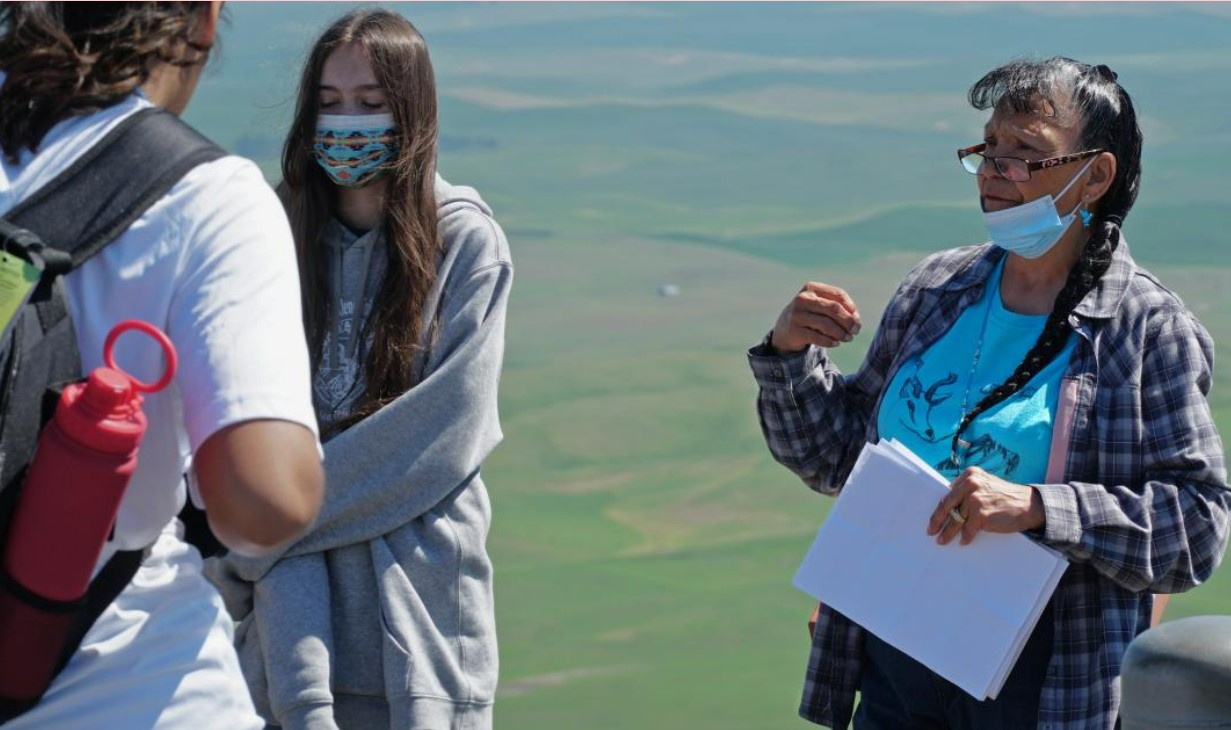 Jeanie Louie, a Tribal Elder from the tribe’s Culture Department, speaks to students about the battle with Colonel Steptoe from the perspective of the tribes involved. (Courtesy: Voices to Hear)

“The whole purpose now behind what we do, is for kids to know the truth about their history, is to learn their history, is to understand, you know, those external forces that have impacted their history, and that those forces still exists today,” said Poynsenby. “How they can deal with that and move forward as they become the future leaders.”

She said around 40 students from middle school and high school have participated in the program over the last three years. While any students from the local schools can attend, preference is given to enrolled tribal members.

Sophia Allan, the older sister of student producer, Chief Allan, worked on the project the summer before her freshman year at Stanford University. She says the podcast is good for helping young students learn more about deadlines and job duties that come with a structured project.

“I think that when we enforce deadlines, kind of, duties that each individual kid has to do, I just think it’s a really good foundation to begin building so they can start to build their own skills that they can carry through into high school,” she said. “And then also, if they choose to go to college, which I hope more tribal youth do, it builds a better foundation.”

“When it relates to me and my people, then it’s something that I find really interesting, and really cool,” Allan said. “So I’m just kind of thankful for the tribe giving me and my sister and my other co-workers the opportunity to learn about our own tribe differently than we usually do.” 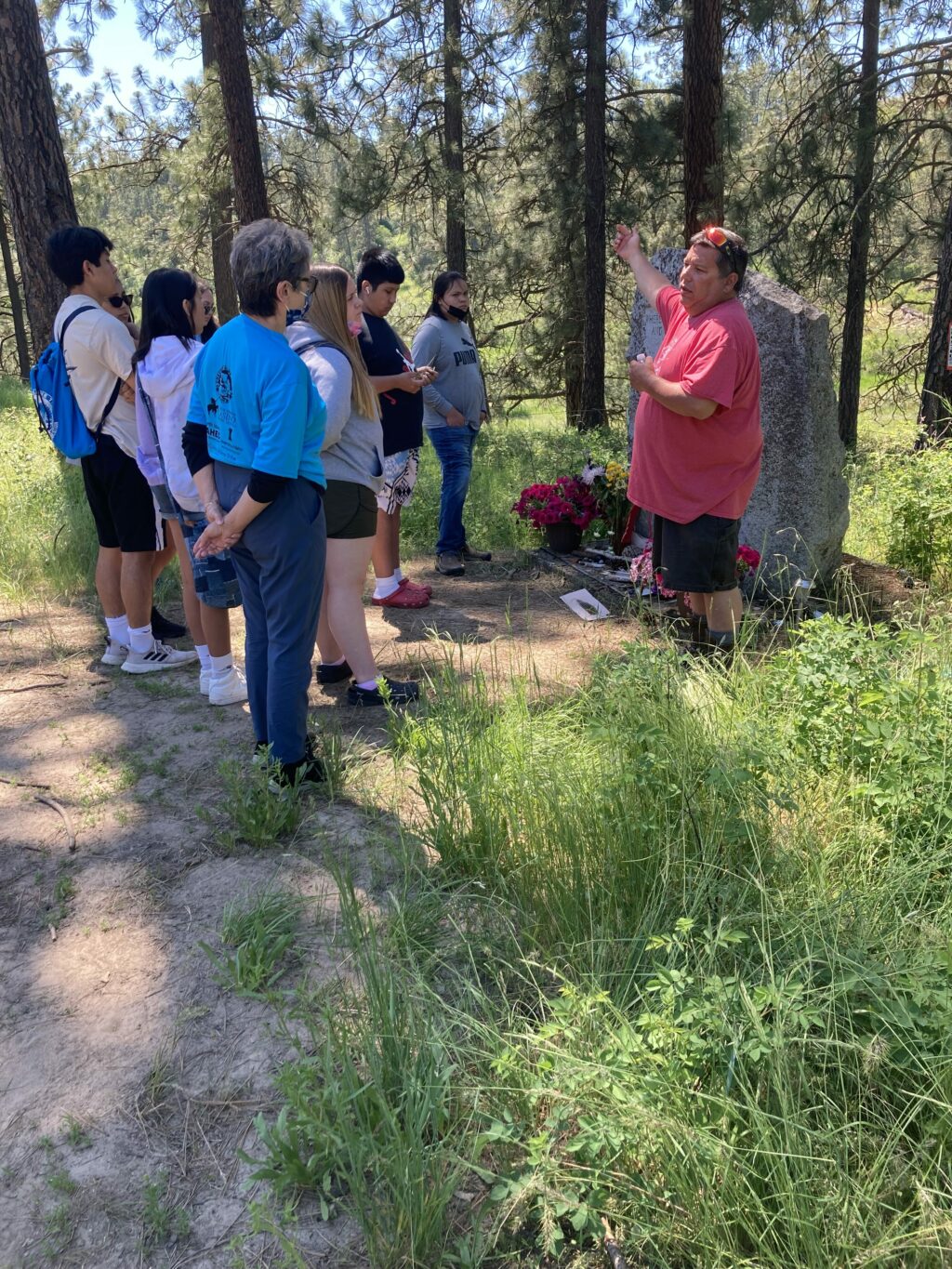 Vince Peone, who works in the tribe’s Wildlife Department, tells Voices to Hear students about Qualchan, one of the warriors hanged by Colonel Wright, and whose name is on the memorial. (Courtesy: Voices to Hear)

Chris Meyer is the Director of Education for the Coeur d’Alene Tribe. She says she’s beginning to see how learning their own history has an impact on who they are as tribal members.

“None of us have learned our history, and so this is the first time we are learning how all of these major events have impacted our people and our land,” she said. 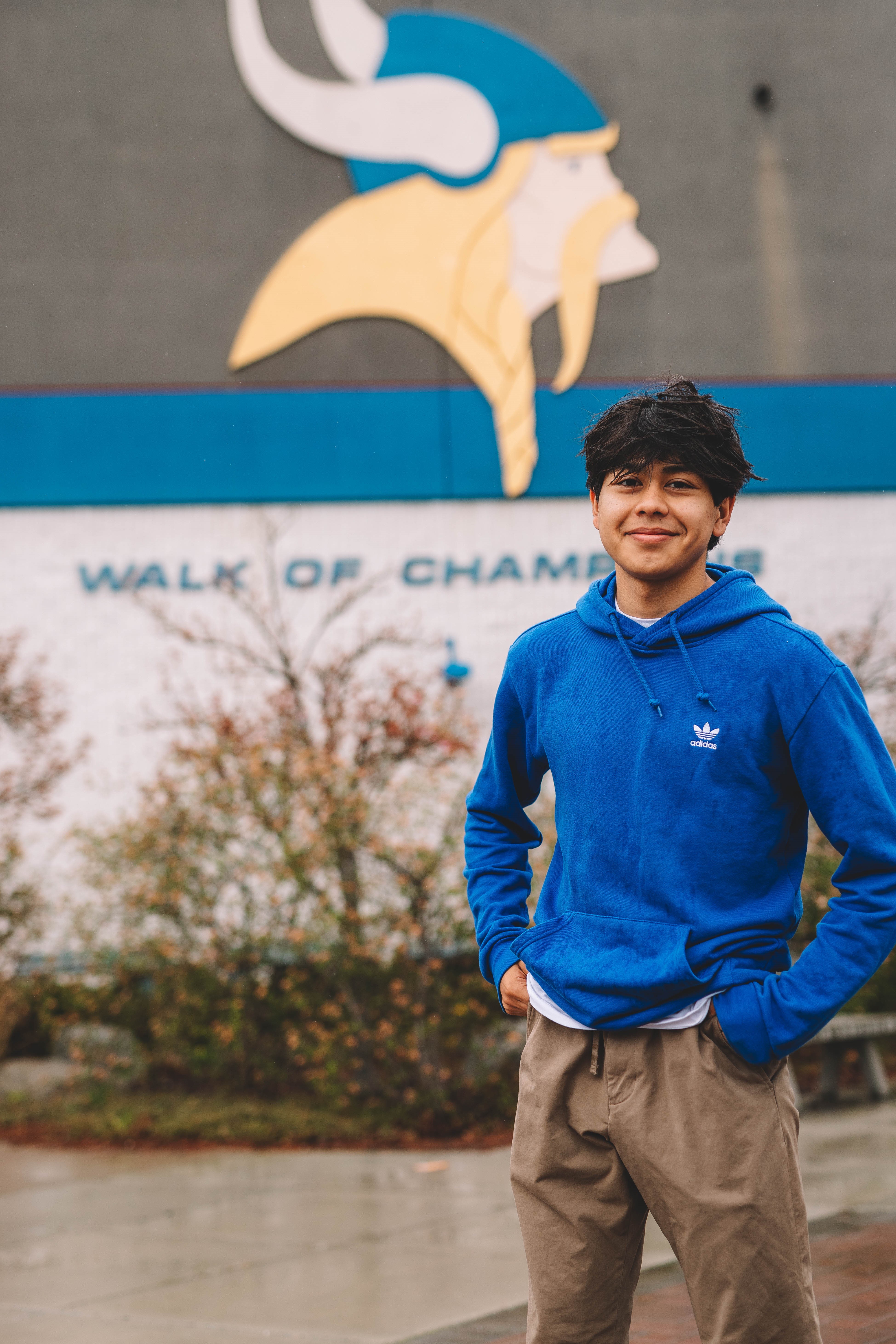 Chief Allan stands in front of Coeur d’Alene High School. Because of Voices to Hear, he’s considering a career in podcasting or film. (Courtesy: Elva Allan)

Meyer said programs like Voices to Hear are important, because students might not be exploring these topics in school.

“To hear the youth voices themselves, and how they have extrapolated the stories that they have learned and to be able to put their voice out there—their response to that history. It gives you hope,” said Meyer.

Allan is now thinking about pursuing a career in journalism or filmmaking. The project has showed him how to document and record the history of his tribe in a new way.

“Making podcasts, making media would be really cool to pursue in the future, and maybe even like, incorporate it into my own tribe. Make media for the Coeur d’Alene Tribe,” said Allan.
Tags: Arts and Culture Coeur d'Alene Tribe education high school student podcast STEM