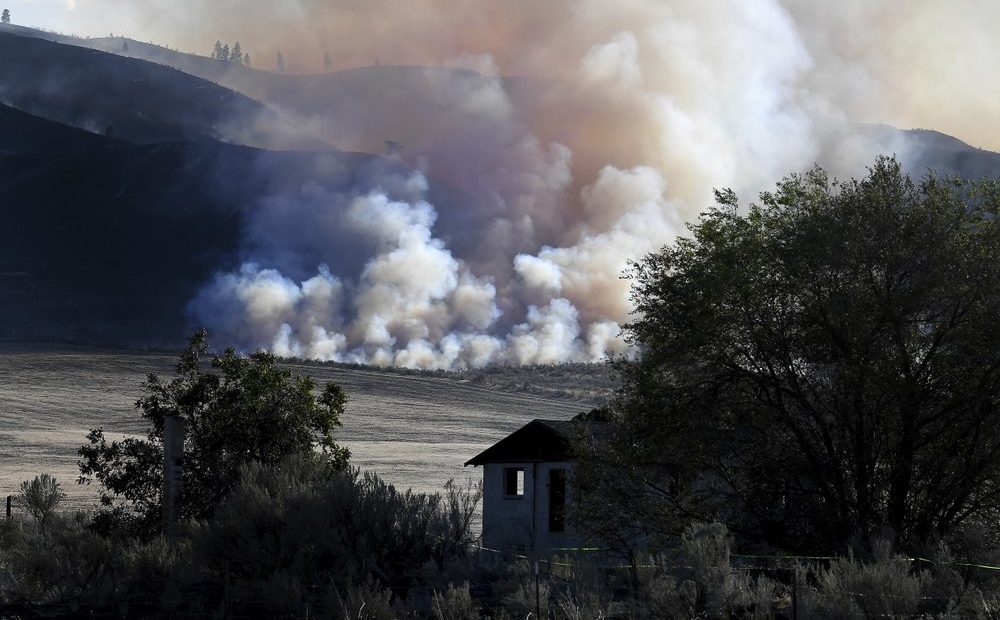 The scientists input climate change components into an explainable artificial intelligence model. Then, they trained the model to learn patterns.

When the AI model could predict what happened in previous fire seasons, the scientists knew they could trust it to predict the future, said lab fellow Ruby Leung.

With the AI model, the scientists found climate change will increase temperatures, decrease soil moisture and change land use. Those main factors likely will contribute to more unhealthy fire emissions in the future, she said.

Typically, people think of machine learning as a black box, said Sally Wang, a data scientist at PNNL in Richland, Washington. The view is that the technology can make good predictions, but scientists don’t know what’s going on. That’s not the case with this explainable artificial intelligence, she said. Scientists train machine learning models to make similar decisions as people do.

“With the explainable AI, we can understand: ‘Oh, (when) the machine learning projects future fire emissions increase, it’s because it sees temperatures increasing,” said Wang, as an example.

The AI helps scientists to better understand what areas to focus on to help reduce wildfire emissions, Wang said.

That increase in wildfire emissions has a lot of implications, Leung said.

One big implication could be in the realm of public health, Leung said. The fine particulates emanating from wildfire emissions can lead to a variety of health problems, especially for people with lung and heart diseases.

“There are multiple sectors in society that could make use of this type of information,” she said.

That’s why it’s important to combine information about the cascading effects of climate change, wildfires and smoke, she said.

In the future, Wang said, she wants to use the AI model to understand further how human factors contribute to fire activities.