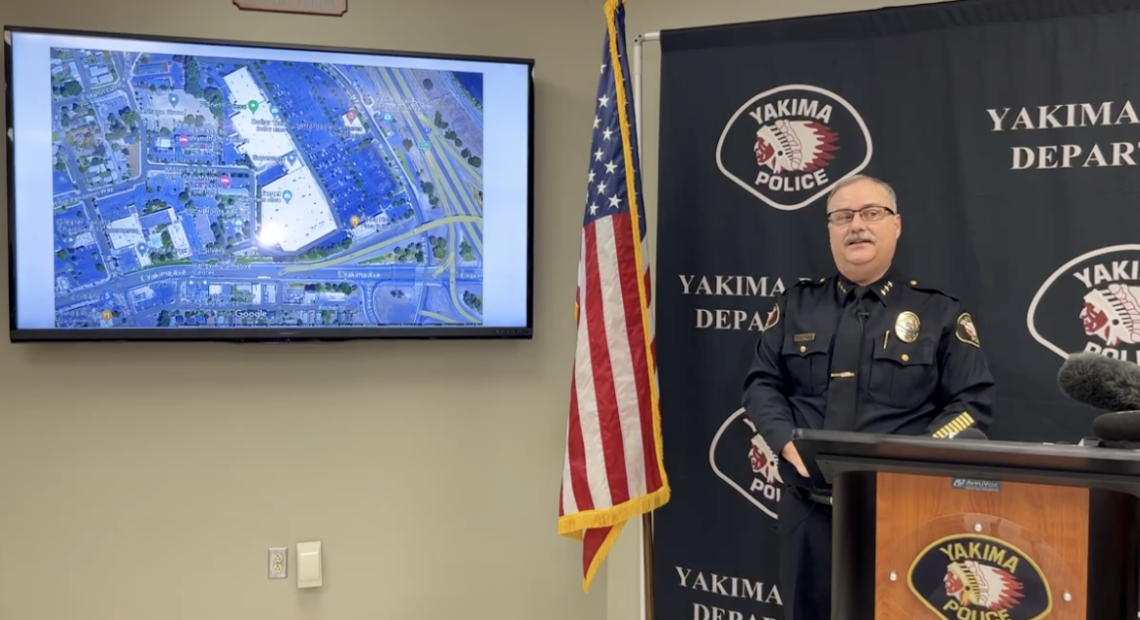 Three people were fatally shot at a gas station early Tuesday morning in Yakima. After an all-day search by law enforcement, the suspect was found dead.

Early on the morning of Jan. 24, police say a 21-year-old man walked into a Circle K gas station store in Yakima, Wash. — firing a semi-automatic weapon as he came through the doors. After shooting two people sitting inside, he walked back outside and shot another person sitting in a car, police say.

The victims are two males and a female, and have not yet been further identified.

After an all-day search for the suspect, involving officials from nearly every level of law enforcement, including federal marshals and the FBI, police say they found the suspect dead Tuesday afternoon.

Police say the suspect borrowed a woman’s phone to call his mother near the back of a Target and Pizza Hut in Yakima. The woman handed him her phone — and overheard him describe the gas station shooting before saying he was planning to kill himself.

The woman got her phone back and called 9-1-1. When law enforcement arrived on the scene, they found the suspect dead and police say they believe the suspect shot himself.

Yakima Chief of Police, Matthew Murray, called the mass shooting “troubling” since the suspect appeared to have no motive and began firing before he was fully inside the store, leaving the victims no chance to defend themselves.

“I think that’s why America is uncomfortable right now, with a lot of these crazy incidents that are occurring,” Murray said. “And here we are in little Yakima, right on the heels of California dealing with much the same thing.”

Yakima is a city usually known for its desert climate and the apple and fruit orchards surrounding it.

Kaitlyn Nicholas contributed to this report.