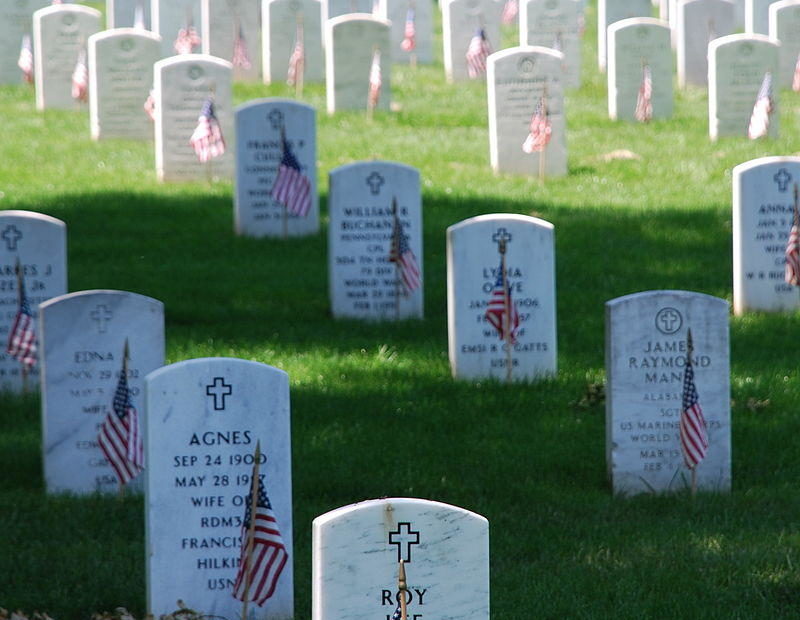 Music for Memorial Day serves two very different purposes: 1. honoring the nation’s fallen soldiers, and 2. acknowledging the holiday’s popular expression as the official start of summer. Below, you’ll see we’ve gathered a few suggestions for each of these.

“Decoration Day” was the original name of this last Monday in May, designated as the time for decorating the grave sites of American military who had made the ultimate sacrifice.

At memorial ceremonies at military cemeteries all around the nation, “Taps” will be heard. What is “Taps?” Where did that signature trumpet tune come from?

An NPR interview with “Taps” historian Jari Villanueva explains that the tune as we know has been around since 1862; that same year it was first played at a military funeral. Villanueva says that “after the Civil War, both ‘Taps’ and the firing of the three volleys became part of our military funerals as we know it them today. And it’s become a custom now that you will hear “Taps” on Memorial Day as well as Veterans Day.”

In fact, there’s an entire website hosted by this very historian, dedicated to this signature, somber piece of memorial music.

Here are some thoughtful classical selections for Memorial Day:

Johannes Brahms: How Lovely is Thy Dwelling Place from A German Requiem

The solstice is still a month away, but Americans switch on our summer mentality on Memorial Day weekend.  Here are some classical pieces that would go well with your barbecue, picnic, day in the park or hour on the open road: