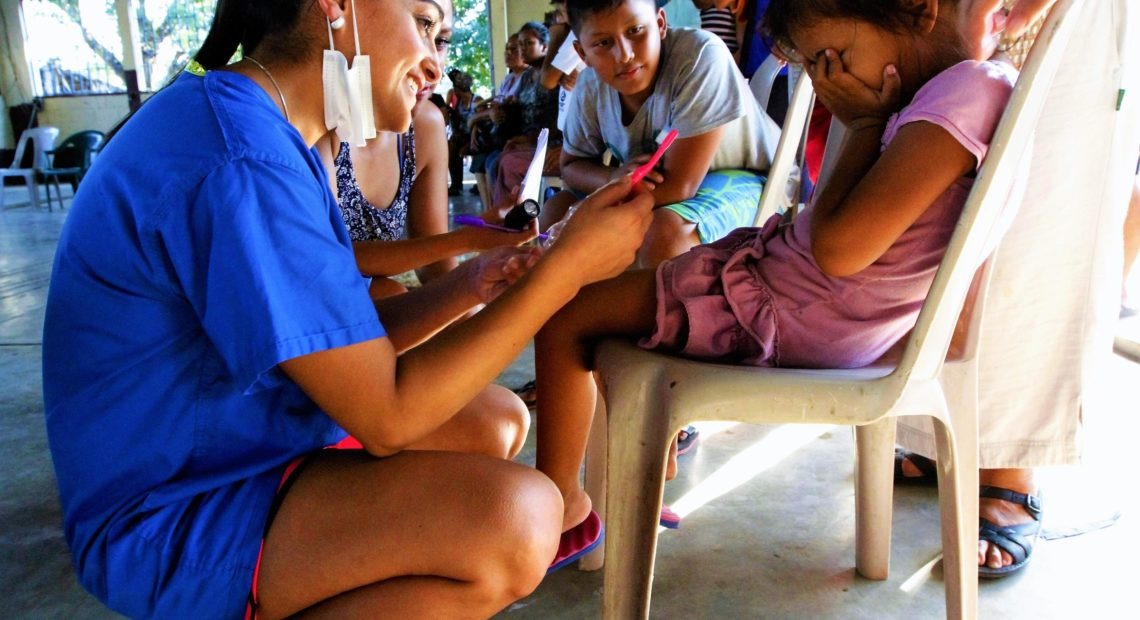 ‘Dentistry For Good’ In Guatemala, One Tooth At A Time

In the U.S., access to good dental care is relatively easy to come by. Dentists are able to catch and treat problems quickly. But in developing countries people have fewer dental resources. That’s why one Tri-Cities dentist is leading a team that’s treating patients in a remote Guatemalan village.

El Paredon is a tiny fishing village on Guatemala’s Pacific Coast. The few tiendas in town, smaller than 7-Elevens, are stocked with snacks and sodas. Kids giggle as they light off firecrackers along dirt roads and play basketball near the town center.

Santos Corado Centeno has lived here most of his life. He’s seen the village change — a newly paved road down the main drag; recently built beach hostels, bringing in tourists with money to spend. He spoke through an interpreter.

“This is his place,” the interpreter said.

As a village leader he feels a real responsibility for the people living here. He puts the population at about 1,300. That’s why, when a group of dentists from around the world offered up their services, he knew it would be a good opportunity.

“A lot of people here don’t have the money to go see a dentist. It’s very helpful for most people in this community,” Centeno said through the interpreter.

Tri-Cities dentist Bart Roach decided to set up a dental clinic in El Paredon after a brief visit to pass out toothbrushes. He saw how badly people needed his help. Their teeth were rotten and infected, and they’d learned to live with a lot of pain.

To get to the closest dentist, about an hour away, people sometimes have to hitch a ride on a boat and then a bus. Dental care costs too much for most people to afford on a regular basis.

“It’s always hard when find people who are in great need and don’t have the resources to take care of it,” Roach said. 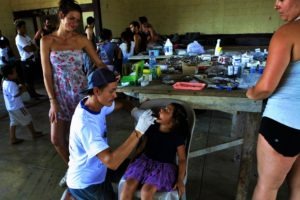 Volunteers applied fluoride to children’s teeth after they were treated at the clinic. Many volunteers were staying at a local hostel, The Driftwood Surfer, and helped out at the pop-up clinic all week long.
Photo credit: Sara Schilling / Tri-City Herald

Roach knew he would help people in the developing world the minute he got into dental school. It all started with his admissions test.

“I said a little prayer and made a pact that if I scored a certain score to get me into dental school that I would dedicate my life because of that gift to the poor, and I scored way above what I needed to,” Roach said.

So he started the non-profit Sonrisa Immaculata — Dentistry for Good. He’s since been to Guatemala six times for dental service trips. This trip was the second time he led his own group. The group of five dentists, two hygienists and countless volunteers set up a pop-up clinic in the town’s community center. Workers at a local hostel, The Driftwood Surfer, knocked on people’s doors and rented out trucks with speakers to get the word out.

Brant Early is originally from Issaquah, Washington, and is now one of the hostel’s owners. He says people here really need help with dental care. One big problem is a lack of access to clean drinking water. Here, soda is cheaper than bottled water. That, in turn, increases the amount of sugar in people’s diets.

“The word ‘agua,’ the rest of the world probably knows it as ‘water.’ Here in this town if you say ‘agua,’ they’re probably going to hand you a Pepsi or a ginger ale or some type of grape soda. If you want water, actual water, you have to say ‘agua pura.’ I think that has really affected the people’s teeth in this town,” Early said.

That’s one habit the dentists are trying to change.

People streamed into the clinic for five days. They waited in line for an exam. Many had multiple cavities and teeth that needed pulling. Kids sat wide eyed as they watched anesthetic needles poke into their friends’ and neighbors’ mouths. The dentists and their assistants were quick to comfort nervous patients, with a reassuring pat, kind words, and a hand to hold. 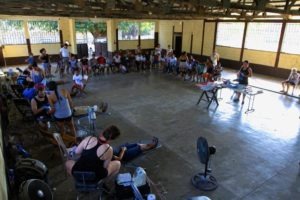 Chairs were always filled at the dental clinic in El Paredon, Guatemala. People traveled from several nearby towns to get their teeth examined. Street dogs wandered in the open doors, a couple of times followed by chickens.
Photo credit: Sara Schilling / Tri-City Herald

Over the week, the team removed 285 teeth and filled about 500 cavities.

“What’s unfortunate, and what I do enjoy about dentistry, is most of what we do is actually preventable,” Bebawi said. “Brushing and flossing is all it takes to save a lot of these teeth, but they just don’t know or aren’t doing it.”

That’s another big job the volunteers have: teaching people to properly brush their teeth. Volunteers passed out toothbrushes and painted fluoride on kids’ teeth. They used a plastic set of teeth to show even very young children how to clean every surface of their teeth.

Nate Green, a Denver-based dentist, worked on a lot of children’s mouths over the week.

“For the long term for them, it’s more important to educate them than it is to actually just fix the cavities that they have,” Green said.

That’s why Bart Roach wants to make the program sustainable. He wants to set up a turnkey operation so that any dentist can visit El Paredon, already fully stocked with dental equipment, and set up a clinic for a few days at a time.

He’s seen the impact returning dental clinics can have on an area, five, 10 years down the road.

“The satisfaction doesn’t come now. It will come in the coming years when see kids that have clean mouths,” Roach said. “When mothers are actively taking care of children’s baby teeth.”

For Roach, that’s the challenge. And that’s why he keeps going back.

To read more and see more photos, visit the tricityherald.com.