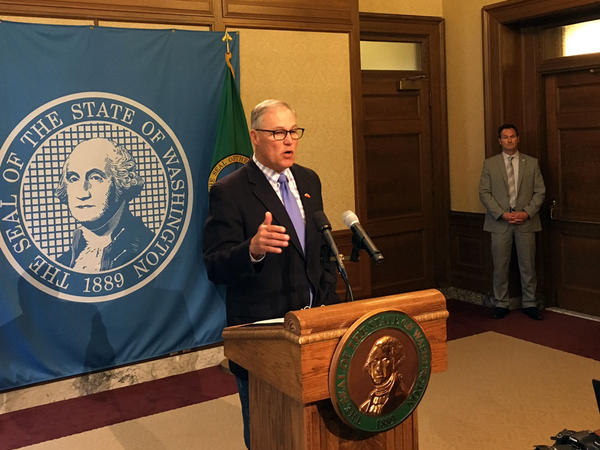 Washington Gov. Jay Inslee is sounding the alarm over the pace of budget negotiations at the state Capitol. During a media availability Monday, the Democrat said that it’s time for both sides to make “major moves” toward compromise.

So what is the “kick start” Inslee said legislators need? The governor is insisting that budget writers begin face-to-face negotiations immediately, instead of just passing offers back and forth. He said they’ve agreed. But that’s not going to be enough.

House Democrats and Senate Republicans must agree on a budget for the next two years and make the last down payment on a constitutional public school system. If they don’t figure this out by June 30, the state will go into a partial government shutdown.

Even if lawmakers make progress toward a deal this week, Inslee will likely have to call a third special session to give lawmakers time to iron out the details and approve the final package. The current, 30-day special session ends June 21.

In a statement, Senate Majority Leader Mark Schoesler, a Republican, said he’s confident the legislature will reach a deal on the budget soon.

“We are pleased that we’ve made as much progress as we have and we’ll happily continue working with our Democrat counterparts to do right by the more than one million school children in Washington,” Schoesler said.

Washington lawmakers are under a Supreme Court order in the McCleary case to amply fund public schools as required by the state Constitution by the 2018-19 school year. The state is currently in contempt of court and has been accruing a $100,000-per-day fine since August of 2015 for not providing the court with a complete plan to achieve full funding.

Schoesler noted that a bipartisan school funding team—separate from the budget negotiating team—has been meeting several times a week. He said that a solution to the McCleary school funding mandate “is nearing completion.”

But Inslee reiterated Monday that he believes new or higher taxes will be necessary.

“There’s simply no way to amply fund our schools without significant additional revenue,” the governor said.