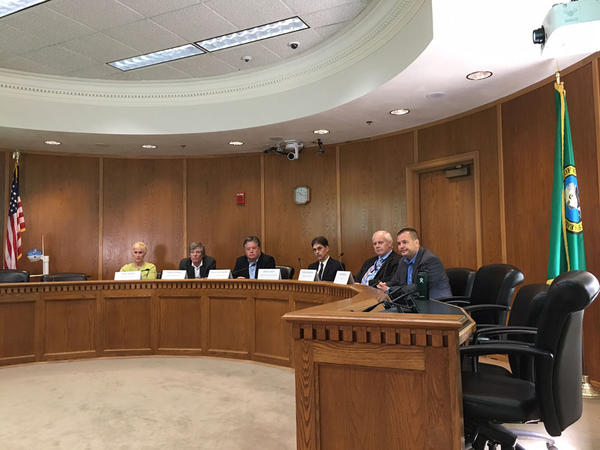 The state of Washington is 10 days from a government shutdown as lawmakers head into a third overtime session with still no budget deal.

This is the point when even veteran Olympia insiders start to get nervous. Time is nearly out for House Democrats and Senate Republicans to bust through their months-old impasse over the budget and school funding.

The question to both sides now: do you have a backup plan?

“Our sole focus is to get the biennial budget done by the end of the fiscal year,” he said.

If they don’t, then Ormbsy said all options should be on the table to avoid a government shutdown. But Gov. Jay Inslee has indicated he will not sign a 30-day stop-gap budget.

If there is a government shutdown more than 30,000 state employees will be sent home, state parks will close and many other state functions will be suspended.

Budget writers did get a bit of help on Tuesday. The latest state revenue forecast shows Washington is projected to take in an additional $80 million over the next two years.

“It doesn’t solve all our challenges, but it doesn’t hurt them either,” Braun said.

This is the third time since 2013 that Washington lawmakers have been unable to agree on a budget forcing a third special session.