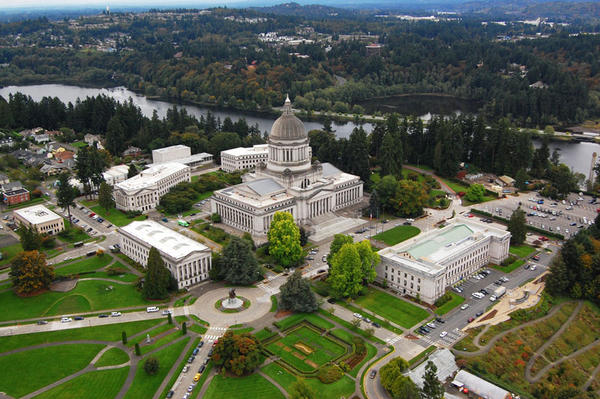 Another Standoff Threatens Another Budget In Olympia

Time is running out for Washington lawmakers to pass a capital construction budget. Less than one week remains in the state’s third overtime session of the legislature.

It would be unprecedented for the state to go without a capital budget. It funds classroom construction, improvements at state mental hospitals and prisons and myriad local projects. It also funds environmental clean-up.

Without a capital budget, the governor’s office says hundreds of projects won’t get built and tens of thousands of jobs won’t be created.

Among the projects at risk, according to the Office of Financial Management, is the addition of 115 forensic beds at Western and Eastern state hospitals. The state is under court order to shorten the time jail inmates must wait for competency evaluations and restoration services. The new beds are designed to reduce wait times.

The Washington House has already passed the $4 billion budget. But Senate Republicans say there can be no capital budget without first addressing something else: a Washington Supreme Court decision that limits new drinking water wells in rural areas.

The so-called Hirst decision limits non-permitted wells on private property. As a result some property owners have been unable to obtain building permits.

Thousands of families at risk of because Republican Senate refuses to pass a capital budget. #waleg https://t.co/BP8eCKa2TK

The standoff shows no signs of ending.