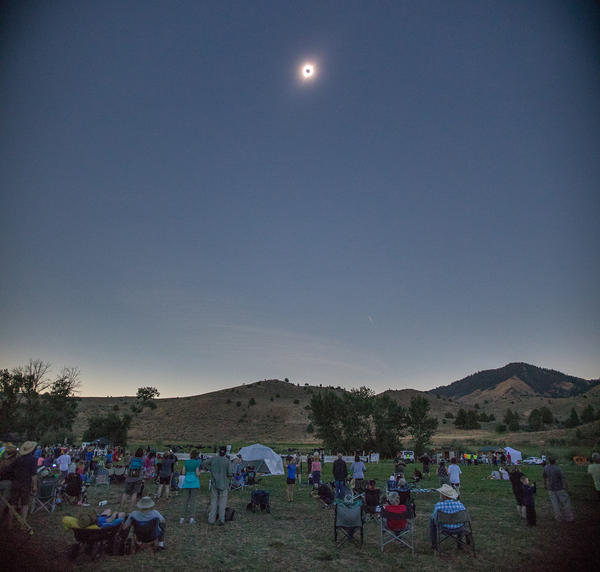 Eclipse Revelers In Oregon Whoop And Holler As Sun Fades Away

Eclipse revelers whooped and hollered as the sun went black at a major encampment in the remote town of Durkee on the Burnt River Ranch in eastern Oregon.

As the sun slipped more and more behind the moon, the revelers whooped and screamed. A black shadow zoomed across the deep valley and people exclaimed as they took off their glasses.

Then the hundreds of people here went silent for a few moments.

When totality just happened, it was just spectacular. As the sun blacked out, there was a massive shadow that came across the valley near the Burnt River. The hundreds of people who were camping here were crying, hugging and dancing, lighting up joints, and drinking champagne.

And as quick as the sun had gone away, it came back and flooded with light again. The cow meadow was filled with the sounds of a band and everyone was just screaming again and hugging and kissing.

It was just an amazing experience in the totality.