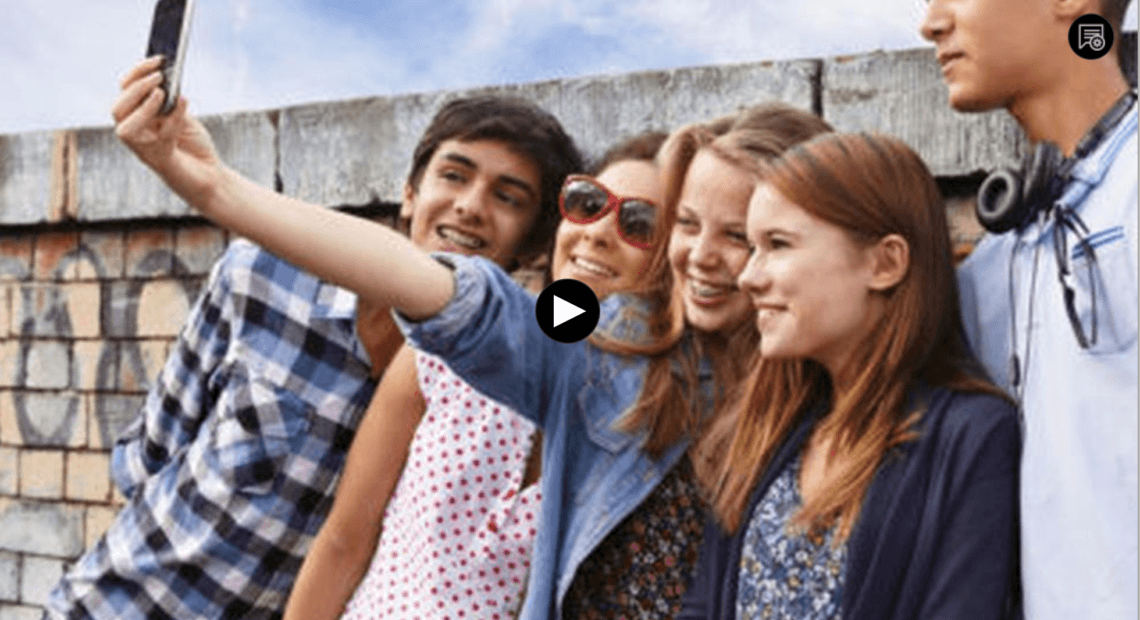 Why Shareholders Are Pushing Apple To Study Smartphone Effects On Kids

Smartphones have changed the way kids live and interact, prompting growing concerns about the consequences. In January, two of Apple’s big shareholders called on the maker of the iPhone to come up with ways for parents to restrict their kids’ phone use and study the effect that heavy usage has on mental health. John Yang talks to Charles Penner of Jana Partners LLC and Jean Twenge, author of “IGen.”

Smartphones have surely changed the way we live, including the way kids interact with and use that technology every day.

There are growing concerns about what that is doing to kids.

And that is the focus that John Yang has for us tonight. It’s part of our weekly segment, Making the Grade.

Judy, earlier this month, two big shareholders in Apple jumped into this debate.

Together, JANA Partners, an investment management firm, and the California State Teachers Retirement System own about $2 billion worth of Apple stock. They called on the iPhone maker to come up with ways for parents to restrict the amount of time children spend on iPhones and to study the effect heavy usage has on kids’ mental health.

To discuss this, we’re joined by Charles Penner, a partner at JANA Partners, and by Jean Twenge, a San Diego State University psychology professor and the author of “iGen- Why Today’s Super-Connected Kids Are Growing Up Less Rebellious, More Tolerant, Less Happy, and Completely Unprepared for Adulthood.”

Thanks to you both for joining us.

Dr. Twenge, let me begin with you.

I think I know the answer from what — from the title of your book, but what can you tell us about what the research says about kids and iPhones?

So, iGen is the first generation to spend their entire adolescence with smartphones.

And that’s had ripple effects across many areas of their lives. And one place that’s showing up is in their mental health. So, right around 2012, in these big samples of teens, there was a sudden and pretty large jump in symptoms of depression and anxiety and even clinical-level depression and suicide among teens.

And that happened right at the same time that smartphones became common. So, there’s also lots of studies showing links between mental health issues and time spent on electronic devices, such as smartphones.

So, for example, teens who spend five or more hours a day on electronic devices are 71 percent more likely to have at least one risk factor for suicide compared to teens who spend less than an hour a day.

And what makes smartphones different from, say, television or video games?

Well, smartphones can be carried into the bedroom. They’re more portable. So, they may interfere with sleep.

And, sure enough, the percentage of teens who don’t sleep enough also spiked right around 2012. And that’s a major risk factor for mental health issues. They can also be carried out of the house wherever you go. So that means that teens are often spending lots of time on those devices even when they are with their friends in person.

So, with that said, of course, TV and video games are also linked to mental health issues, but the link isn’t quite as strong as it is for smartphones and for social media.

And I know you have said there are some beneficial aspects to smartphone use by kids. Is there sort of a sweet spot? How much is too much time on an iPhone?

So, teens who don’t use digital media at all or don’t use smartphones at all are actually a little less well adjusted than teens who use them a little bit. So the sweet spot seems to be from less than an hour to an hour or so of use a day.

And it’s two — it’s more than two hours, so three hours of use and beyond per day, that is linked to that considerably higher risk of depression and other mental health issues.

Mr. Penner, let me — I want to bring you into this.

We think Apple is a really responsible company, a really innovative company.

And I think a testament to that is how quickly they reacted to this. But we did see an opportunity for them to both get out ahead of what we saw as potentially a developing issue and, quite frankly, burnish their brand with customers by offering parents optional controls, but better controls that are more robust, in their words, more dynamic, as Professor Twenge has been talking about, and really kind of respond to the research.

You talked about Apple’s response.

Are you satisfied with that response?

Well, look, it was certainly a great first response. And we didn’t expect anything different. They’re a very socially responsible company.

I think the next step will be to, as we said, kind of take the experts, you know, Professor Twenge, other people we have worked with, including Dr. Michael Rich at Harvard and Boston Children’s Hospital and a ton of other people who are experts on this issue, and even more broadly just child development experts, you know, sit in a room with them, broaden the discussion beyond just kind of the engineers and the business folks and the design team, and really kind of redesign the controls from the ground up to be dynamic, to be age-appropriate.

You know, as I think Professor Twenge has maybe mentioned in other contexts, the research shows that even for the most worrisome aspects, like social media usage, the effects start to taper off the older you get.

So, you know, really kind of look at all the research and execute on what they have said they’re going to do, which is offer more robust controls. And we don’t have any reason to think that they won’t.

Jean Twenge, what kind of controls would you want to see iPhone — or Apple develop?

Well, both based on the research and, as a parent of three iGeners, I have my wish list. So, one would be some kind of way to shut down the phone at a certain time, say, an hour before bedtime, and then there’s not the temptation to be on it right before bed, which isn’t conducive to good sleep, or in the middle of the night, which is what some teens do.

Second would be to limit the overall time in a day that that phone could be used, say, to two hours a day. And then the third would be, instead of being able to just turn on and off certain apps, that there would be the capability to have certain apps be only used for a certain amount of time per day.

So, for example, you could say, OK, you can be on Snapchat, but only for an hour a day or a half-hour a day.

Well, Jean Twenge and Charles Penner, I’m afraid our time is up here, but thanks so much for joining us.