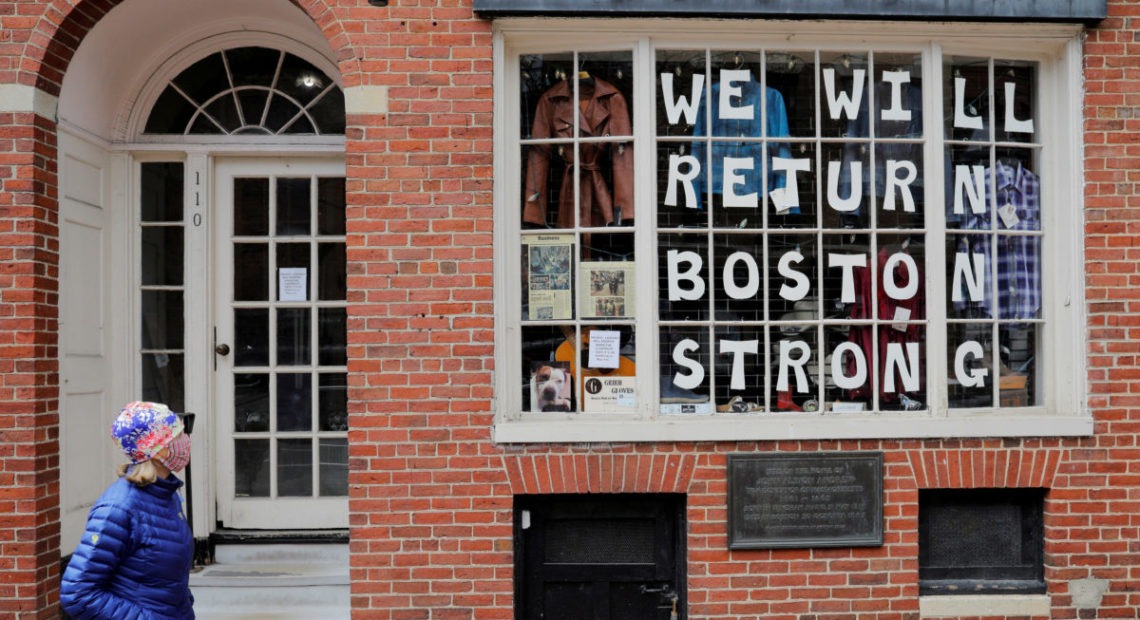 The United States lost more than 20.5 million jobs in April, bringing the national unemployment rate to 14.7 percent, according to the Bureau of Labor Statistics report released Friday. The figures paint the most comprehensive picture to date of the economic impact of shutdowns meant to quell the coronavirus pandemic. But while the data shows people across the country, from all backgrounds and industries, are being affected, specific sectors and groups have been particularly hard hit by stay-at-home orders that have forced restaurants to close their dining rooms and retail stores to shutter.

The current estimated unemployment rate far exceeds the 10 percent peak reached in the Great Recession in 2009. It is the most devastating loss of jobs since the Great Depression, when economists estimate the unemployment rate reached 25 percent in 1933. The most significant job losses came from the leisure and hospitality industry, making up nearly 40 percent of the total with 7.7 million jobs lost.

The report also notably highlights other job losses across the economy, including education and health services, which lost 2.5 million jobs; and professional and business services, which shed 2.1 million jobs. Employment in retail also declined by 2.1 million jobs, according to the April data, underscored by reports of major retailers filing for bankruptcy this week.

The widespread nature of the losses indicates a more significant challenge for the labor market to recover as states begin to reopen businesses.

In January 2020, the unemployment rate for workers in these industries was 5.9 percent. It dropped to 5.7 percent in February, ticked up to 8.1 percent in March, and then in April jumped to 39.3 percent, the highest by far of any of the sectors measured in the BLS report. The numbers officially reported for March actually span from February 12 to March 12, so they do not reflect the impact of widespread stay-at-home orders, the first of which went into effect on March 19. April’s report is the first to reflect the impact of shutdowns.

The report also indicates job losses are increasingly spreading to white collar workers. In March, the BLS reported that about 7 percent of the month’s losses, or 52,000 jobs, were in professional and business sectors, a category that includes accounting, engineering, advertising, and legal services, among others. In April, professional and business job losses were 40 times higher, reaching 2.1 million and representing 10 percent of total job losses for the month.

How the downturn is impacting people of color

Black and Latino or Hispanic workers represent a disproportionate share of the leisure and hospitality industry hit hardest and earliest by the pandemic. But taken as a whole, the latest numbers, reveal that the rise in unemployment has impacted people of all races at similar rates. From March to April, unemployment among white workers increased from 4 to 14.2 percent, increased from 4.1 to 14.5 percent for Asian workers, from 6 to 18.9 percent for Hispanic or Latino workers, and from 6.7 to 16.7 percent for black workers.

The black unemployment rate is typically about twice the rate for white workers, said Darrick Hamilton, an Ohio State University professor who studies race and economics. Communities of color are also typically hardest hit by recessions and job losses, he said.

You see a real mixture of states affected, not just ones with large urban centers.”

The current economic downturn is not a normal recession, owing to a pandemic rather than underlying economic weaknesses, which could explain why unemployment isn’t following its usual patterns. However, it’s also important to note the BLS unemployment rates are imperfect because the government’s definition requires people to actively be looking for work. It also does not account for people who are technically employed, but have had their work hours significantly reduced.

“Jobs are sorted in a racially disparate way and black and brown communities end up in more precarious work situations,” Hamilton said. “Even when you control for education level you see occupational sorting with more black and brown workers in these roles.”

Black and Hispanic or Latino workers also disproportionately occupy lower income jobs and come from lower income households, often putting them in more vulnerable financial positions heading into economic downturns. The median household income in 2018 was $41,511 for black families and $51,404 for Hispanic families, according to Census income data. This compares with $67,937 for non-Hispanic white families and $87,243 for Asian families.

While women are 47 percent of the workforce, they are about 51 percent of leisure and hospitality workers. They also represent 53.9 percent of workers in “other services” — the second hardest hit category of workers — and 74.8 percent of those working in education and health services, according to 2019 data. 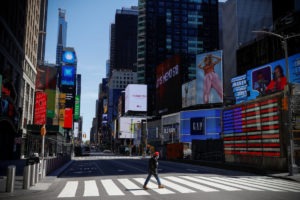 A man wearing a protective face mask crosses 7th Avenue in a nearly deserted Times Square in Manhattan during the outbreak of the coronavirus disease. CREDIT: REUTERS/Mike Segar

Both urban and rural states feel the impact of pandemic

Data on the number of unemployment claims filed in each state indicates that both rural and urban workers are experiencing job losses at similar rates.

“You see a real mixture of states affected, not just ones with large urban centers,” said Mark Partridge, a professor with the Ohio State University who specializes in community and regional economics. The data highlights how even rural areas with lower numbers of confirmed coronavirus cases are seeing economic effects, Partridge said.

MORE: The U.S. economic crisis is even worse than it appears. Here’s what government can do

The high rates among rural states is in part due to rural areas having a larger proportion of small businesses deemed nonessential by governments and forced to close during the health crisis. While unemployment rates provide some indication of which states are being hit hardest by the pandemic, economists noted that some states are more efficient than others at processing unemployment claims. Many unemployed people are likely still waiting for benefits, which can skew unemployment data. Others who lost work may not qualify for unemployment insurance.

Looking toward the future, preliminary data indicates these places could also take longer to recover, Partridge said. Researchers from global forecasting firm Oxford Economics reported that rural states like Maine, Vermont, Idaho and Montana rank among the top 10 most economically vulnerable amid the pandemic. Maine is listed as the number one most vulnerable due to its share of small businesses, self-employed and retail workers, as well as its having a larger-than-average share of its population over the age of 65.

An IHS Markit report determined that energy-reliant states like North Dakota, Oklahoma and Alaska are also vulnerable as mining output decreases and oil prices plummet. Alaska currently ranks 8th in the country for job losses with 20.9 percent of its workforce filing unemployment claims since March 14. Oklahoma ranks 17th with 17.9 percent of the workforce filing claims.

Government action helps but more can be done, economists say

Experts are hesitant to make too many predictions about the current economic crisis, but several noted the federal government’s improved response compared to years past. Critics say President Herbert Hoover prolonged the Great Depression by reducing government spending and resisting federal involvement in relief efforts. In 2009, the stimulus package signed by President Barack Obama during the Great Recession amounted to about $840 billion, but also received criticism for being insufficient.

In response to the coronavirus, Congress has passed several measures exceeding $2 trillion in aid collectively. While disbursal of that aid has hit some roadblocks — states are reporting issues handling the volume of unemployment requests, a number of U.S. taxpayers are struggling to get their relief money, and the first round of loan funding for small businesses quickly ran out of money — the government response has generally been “more aggressive” than in the past, Jackson of IHS Markit said.

Betsey Stevenson, a professor of public policy and economics at the University of Michigan, noted that many workers have been able to receive more money from unemployment benefits than they did while employed, due to extra government assistance during the pandemic. “In Michigan, more than half of workers are getting at least as much in unemployment insurance as they were getting in wages,” Stevenson said.

As the pause on economic activity continues, Stevenson also noted that higher-earning workers may begin to experience more layoffs without the same level of government financial assistance. Still, much remains uncertain as some states begin to ease their stay-at-home restrictions while public health experts fear a potential second wave of COVID-19 in the fall.

Lawmakers and public officials should build on the lessons they have learned to prepare the country for other health crises or climate-related disasters, said Hamilton, who suggested this can be done by expanding the social safety net and promoting financial equity among workers.

“This pandemic has demonstrated that we have a great deal of public power where we can intervene to limit economic insecurity and vulnerability,” Hamilton continued. “If we did this when there isn’t a pandemic we would be more resilient for the future and more inclusive of people who deal with these issues on a day-to-day basis. 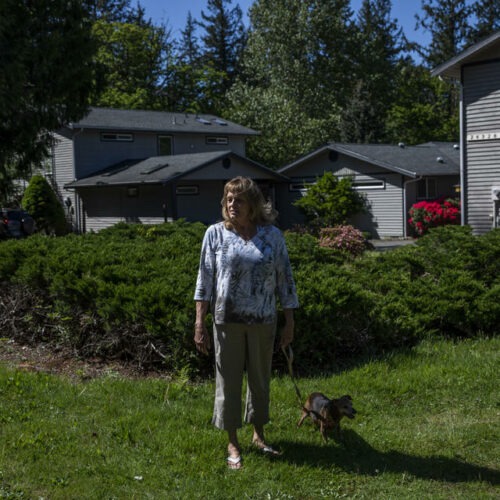 With New State Laws Passed, More Help Is On The Way For Washington Renters And Homeowners

Help for Washington renters and homeowners is on the way as the state’s eviction moratorium is set to expire June 30. Continue Reading With New State Laws Passed, More Help Is On The Way For Washington Renters And Homeowners 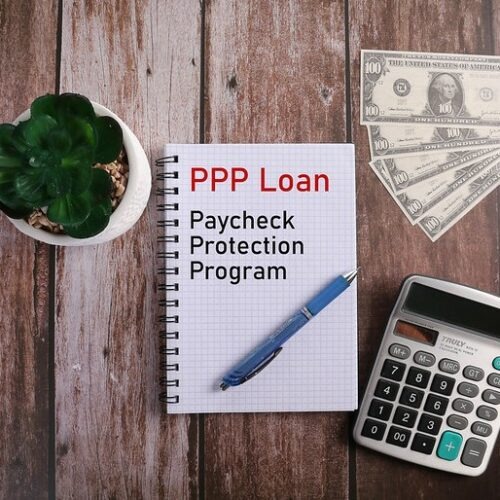