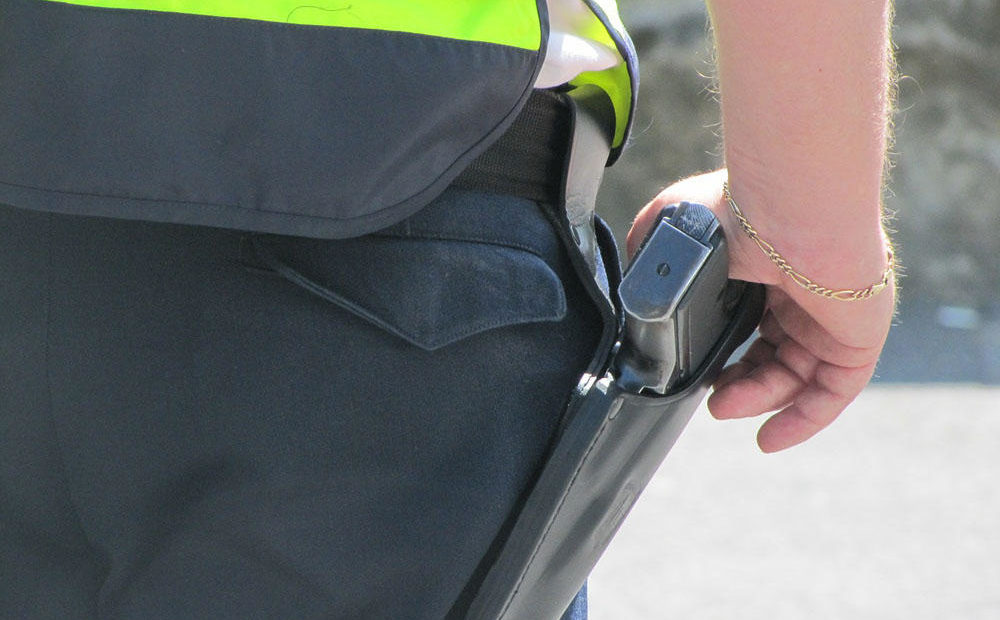 An initiative backed by families of people who’ve been shot by police may not appear on Washington’s November ballot after all. That’s because sponsors of Initiative 940 and police groups have agreed on a new good faith standard for the use of deadly force.

The last minute compromise comes as the Washington Legislature prepares to adjourn on Thursday.

“We hope this sets an example for the beginning of a process of healing where law enforcement can build trust and we will reduce violent confrontations between law enforcement and the community,” said House Public Safety Chairman Roger Goodman, a Democrat who’s the prime sponsor of the compromise legislation.

Current Washington law sets a high bar for prosecuting police officers who use deadly force. Officers are protected as long as they act in good faith and without malice. Under the compromise, the malice test would go away and a new definition of good faith would be adopted.

In the bill, good faith is defined as an “objective standard” that asks whether a “similarly situated reasonable officer” would have determined deadly force was necessary.

On Tuesday, Goodman held a public hearing on the new legislation. In a symbolic move, a representative from law enforcement and a member of a police accountability group sat together to testify.

“This bill brings us together and is a great example for the nation on how to do this the right way,” said Steve Strachan, executive director of the Washington Association of Sheriffs and Police Chiefs.

Sitting next to Strachan was Heather Villanueva of De-Escalate Washington, the group that’s sponsoring Initiative 940.

“We all understand the importance and urgency to improve trust between community and law enforcement to make everybody safer,” Villanueva said.

Representatives of the state’s prosecutors association and criminal defense bar also testified in favor of the compromise bill.

It could also give prosecutors additional charging options. Under current law, because of the malice test, homicide is generally the only charge a prosecutor can consider in a case when a police officer kills someone in the line of duty. With malice removed from the law, Goodman said prosecutors would have the option of charging an officer who acts in bad faith with manslaughter.

“This is a pretty doggone emotional issue that we’re discussing here today,” said Republican state Rep. Dave Hayes, a co-sponsor of the compromise legislation who also works as a Snohomish County Sheriff’s sergeant.

Hayes told the committee that while he empathizes with those who’ve lost family members in police shootings, he believes police officers in Washington state “do it right.”

“I am going to support this bill today, it’s a very difficult thing for many of us to do, but I do want to see some closure on this issue,” Hayes said.

The compromise bill passed unanimously out of the House Public Safety Committee.

Goodman said the House and Senate plan to move quickly over the next two days to approve the new good faith standard in hopes of keeping Initiative 940 off the fall ballot.

I-940 is an initiative to the Legislature that would create a two-part good faith test that police groups strongly oppose. It also includes new training requirements for police officers with a focus on de-escalation.

Goodman said he’s concerned that if I-940 ends up on the ballot it will result in a contentious campaign that could further inflame tensions between the police and community groups.

Strachan shared that concern in his testimony before the House Public Safety Committee.

“An initiative process and the campaign that goes with it are really about us versus them and this is not good for any of us, this issue is really about us, all of us, we’re all in this together,” Strachan said.

In order to keep the measure off the ballot, lawmakers would need to approve Initiative 940 and then quickly amend it with the compromise good faith language—something Goodman said has never been done before in Washington history. It would require a two-thirds vote of the Legislature.

It’s not clear if supporters can muster the votes, and some lawmakers are questioning whether the process is even allowed.

The compromise bill was scheduled for a hearing in the Senate Law and Justice Committee on Wednesday morning, even though it had not yet passed out of the House as of Tuesday afternoon.