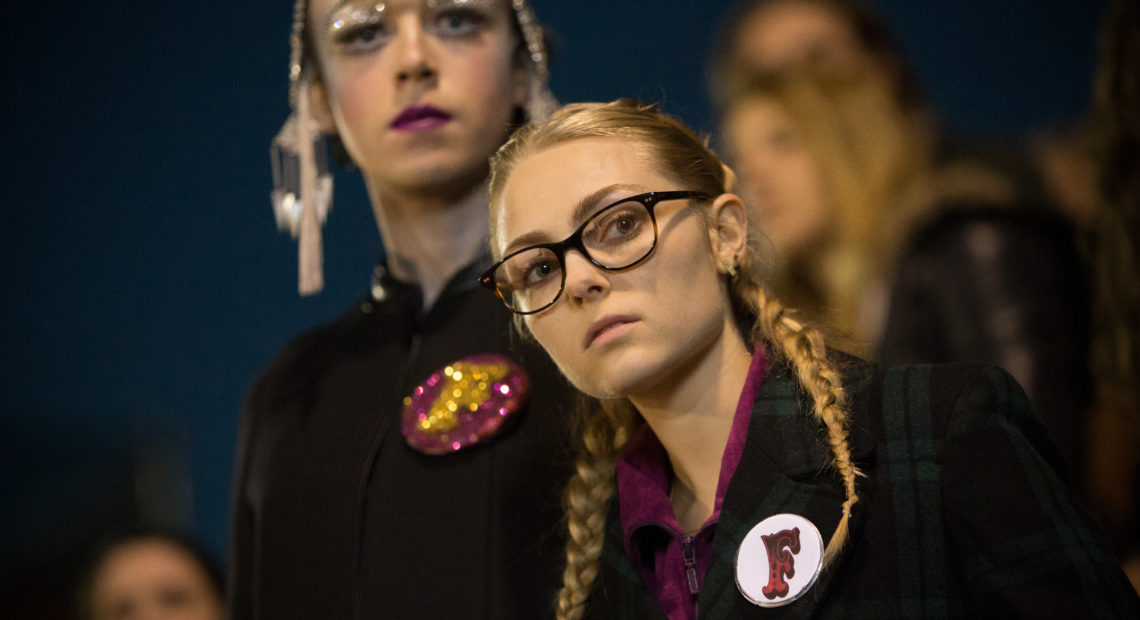 Before ‘Love, Simon’: Coming Out And Coming-Of-Age At The Movies

The process of coming to terms with one’s sexuality varies widely, depending on the individual — it can be scary, invigorating, heartbreaking, life-affirming; usually it’s some complex combination of those feelings and more. What does not vary in the process of coming out is the fact that it is a process. It has a timeline, and not necessarily a smooth one. It’s marked by fits and starts, denials and avowals, fraught conversations in somebody’s car, the fear of rejection and, hopefully, the relief of acceptance.

Which is probably why we keep making movies about it.

In American films like Making Love (1982), In & Out (1997), Beginners (2010) and 4th Man Out (2016), the process of coming out is complicated by the fact that it occurs later in life than is usual. That fact also serves, intentionally or not, to cause these films to concern themselves more expressly with Queer Identity than Queer Desire.

It’s not a zero-sum game, of course: Coming out is an affirmation of Queer Identity, but it’s bound up inextricably with Queer Desire. Yet movies keep artificially separating the two to focus on one over the other. Last year’s Call Me By Your Name was awash in Queer Desire — lush, sultry, sun-dappled, stone-fruited Queer Desire — but kept questions of Queer Identity firmly at bay. In 2016’s Moonlight, Queer Desire takes up negative space, because it’s true subject is its main character’s adamant denial of that Desire, and the heartbreaking lengths he’ll go in refusing to acknowledge his Queer Identity.

The British, oddly, seem less hung up on keeping Identity and Desire in separate fiefdoms — in their movies, anyway. Films like Beautiful Thing (1996) and Get Real (1998) are about the process of coming out, but they also feature matter-of-fact depictions of queer sexuality. This may have something to do with the fact that both take place in and around an upper school (that is, high school) setting, a roiling sea of hormones and impulses.

Love, Simon is also set in a high school, and also features a young man struggling to come out — it’s the story of its main character’s private and public acknowledgement of his Queer Identity. But once again that familiar apportioning occurs — Simon’s sexuality is kept feathery and abstract, and any depiction of same-sex attraction is saved for the film’s emotional crescendo.

Love, Simon isn’t the first film to tackle what it’s like to come out in high school, but it is the first one released by a major studio. That means it’s likely to be seen by a much wider audience than any of the films listed below, which were smaller, quirkier, independent productions.

This isn’t meant as an exhaustive list. But one thing these films have in common is that they don’t concern themselves with building an artificial wall between Queer Identity and Queer Desire. All of them carve out a space where the two intersect, and tell stories in which coming out means coming-of-age — and vice-versa.

The Incredibly True Adventures of Two Girls in Love (1995)

Anything Else?: Writer/director Maria Maggenti went on to write for television, wrote and directed 2006’s Puccini for Beginners, and wrote the 2017 film Before I Fall.

It’s 1984. Eric (Chris Stafford) experiments with a hot co-worker (Andersen Gabrych) — and with a pretty tragic blond dye-job.He finds a home at a gay bar run by Angie (Lea DeLaria) and toys with the affection of his best friend Maggie (Tina Holmes). A bittersweet film that doesn’t feel compelled to give everyone a happy ending.

Best Moment: Eric comes out to his mother, who’s played by Stephanie McVay with more nuance than you might expect.

Anything Else? Co-writer Todd Stephens went on to write and direct the raunch-romp Another Gay Movie and its sequel.

The jokes — like the movie — are bright, kitschy and broad (like, RuPaul plays a man who leads an ex-gay intervention, is how broad). Natasha Lyonne stars as a young woman sent to gay conversion therapy camp.

Anything Else? Got slapped with an NC-17 rating at first. In the documentary This Film is Not Yet Rated, director Jamie Babbit suggested that the MPAA holds queer content to an unfair standard.

Dorian (Michael McMillian) struggles to come out to his bellicose father (Stephen Fletcher), to his star athlete brother (Lea Coco), and to himself. The writing’s sharp, especially in the beginning, and the film stays with Dorian long enough to show us that coming out is only a first step.

Best Moment: Dorian’s brother takes him to a female sex worker in the hopes of turning him straight. During their session, he listens to her Billie Holliday impression.

Anything Else: McMillian went on to star in True Blood as Steve, and is currently a member of the cast of Crazy Ex-Girlfriend, on which he plays Rachel’s co-worker Tim.

In the 1980s, Chance (Tad Hilgenbrink) attends an international school, finds two friends who’ll help protect him against bullying jocks, and discovers he’s got something in common with one of said jocks.

Best Moment: Tad sneaks out to a bar and tries drag for the first time.

Anything else?: The movie’s tone is arch and antic, and — like Chance himself — not quite as witty as it thinks it is, but it’s got some serious charm, and Helgenbrink some serious cheekbones.

A teacher at a Catholic school (Diane Gaidry) falls for one her too-mature-for-her-age students (Erin Kelly). An interesting, nuanced film that doesn’t pass judgment, and invites us not to, either.

Best Moment: At a school dance, Annabelle goes onstage and sings a song for her teacher.

Anything Else: The connection between the two leads feels both real, and complicated.

Alike (Adepero Oduye) is black teenage lesbian in Brooklyn trying to find her place in the world. She’s pulled in different directions by friends and family, and knows that when she finally does come out to her disapproving parents, it won’t go well.

Best Moment: Alike goes to her first lesbian nightclub, and the experience leaves her both shocked and intrigued.

Anything Else?: A terrific, stylish, gorgeous looking film from director Dee Rees, who went on to direct last year’s Mudbound.

Best Moment: Russell and his pal, the hot blond quarterback (Justin Deeley) give in to their attraction.

Anything Else?: Like the 2003 Brent Hartinger YA novel on which it’s based, the film’s earnestness often spills over into sentiment — but you can’t say it isn’t sincere. Some nice supporting characters add much-needed humor. Has a lot in common — in terms of tone and approach — with Love, Simon, which was also based on a YA novel.

Tanner (Michael J. Willett) outs himself at school, making the three most popular girls clamor for him to be their Gay Best Friend. Tanner’s friendship with his fellow gay student Brent (Paul Iacono) is severely tested.

Best Moment: A reluctant Tanner gets a makeover to turn him from a comic book nerd into a Queer Eye guy.

Anything Else?: There’s not a lot to it, but what’s here is breezy and good-natured. Suprisingly so, since the director is Darren Stein, whose 1999 cult hit Jawbreaker was as dark and witty as this is bright and sunny.

Anything Else?: It’s not the first film set in a high school to feature teen characters played by actors who look like they could be ten years into a successful career in real estate. But in every scene featuring Braun and Cope dressed up in “teen” clothes, they just look like the world’s least convincing narcs. Screenplay by Alan Yang, co-creator of Netflix’s Master of None.

Proudly queeny teen Billy (Alex Lawther) transfers to a new school where his oblivious fabulousness makes him the target of bullies. Undaunted, he decides to run for Homecoming Queen.

Best Moment: On his first day, Billy stands before the classroom and announces he has just transferred from Darien, Connecticut, “the home of Chloe Sevingy.”

Anything Else?: Based on the YA novel — noticing a pattern here? — by James St. James. Not truly a coming-out movie — Billy’s a rare gay teen protagonist, in that he’s completely comfortable in his skin at the outset — but it does tackle a lot of the themes (bullying, the search for acceptance) in the above films, and in Love, Simon as well. Plus, Bette Midler plays the mom. So. I mean.