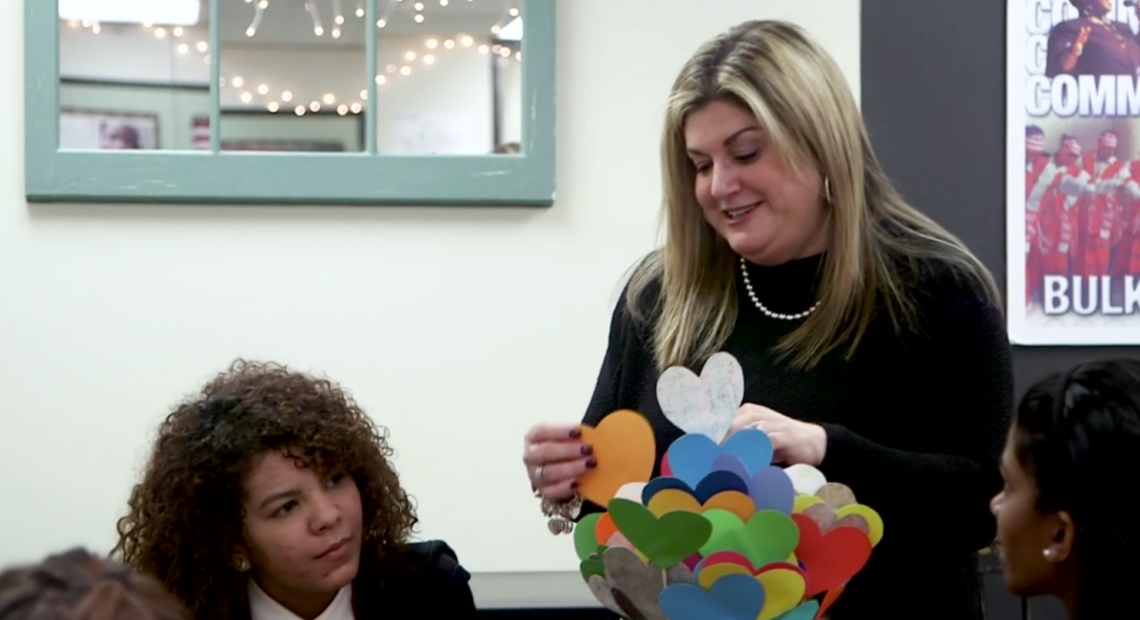 By PBS Newshour March 19, 2018
Since Hurricane Maria struck Puerto Rico last year, more than 24,000 students have left for the U.S. mainland and more than 400 came to Hartford, Connecticut, where a third of residents identify as Puerto Rican. Now, Hartford is working to support the students amid a series of budget difficulties. Ivette Feliciano reports on the challenges facing the school system and students.

Last month, we brought you the story of displaced families that came to Hartford, Connecticut from Puerto Rico following the devastation wrought last year by Hurricane Maria. Hartford, with a strong Puerto Rican population and heritage of its own, is now home to hundreds of children displaced by the storm. Today, we take a closer look at the challenges these students face adjusting to life in a school system that is determined to educate them, even as it struggles to find the funding to do so. NewsHour Weekend’s Ivette Feliciano reports.

Gia De León had just started her day at Bulkeley high school in Hartford, Connecticut, when she found herself too sad and distracted to focus on algebra.

Instead, she walked through the hallways, crying, until she found Gretchen Levitz, who students here call the school mom.

She asked me about like, why I was crying and then I told her, because I miss my mom, I don’t get used to this, it’s hard, I’m distracted.

De León, a junior at Bulkeley, came to Hartford last fall from Puerto Rico after Hurricane Maria struck the island. Her family had never considered sending her away to be educated. But when her school lost both electricity and water, and closed, her mother decided to send her to live with her aunt in Hartford to finish school.

I’m always gonna prefer that life I used to have before the hurricane.

Since Hurricane Maria, more than 24,000 displaced students from Puerto Rico have enrolled in school in states including Florida, Massachusetts and New York. Almost 2,000 have come to Connecticut, more than 400 to Hartford. The city has a long history of Puerto Rican migration and a strong Puerto Rican community. But that doesn’t mean it’s easy for the students or the schools.

Levitz says the new students from Puerto Rico are resilient, but still face emotional challenges as they adjust to a new school, especially if they have been separated from family and friends.

When the kids come they don’t necessarily come right out and say, I’m having a terrible time adjusting. It comes out in different ways. For example a student might see something that reminds them of home and then they might start crying or they may feel lonely. We try to provide them with as much compassion and assistance as we can.

Levitz has worked at Bulkeley for more than twenty years. She says the school has always welcomed students students from all over the world, but she’s never seen anything quite like this. More than 70 displaced students have enrolled here since last September.

The students from Puerto Rico were a little different because it was sudden, it wasn’t planned and some of them were coming without their family members or staying in hotels or emergency types of shelters.

This issue is personal for Levitz, whose extended family lives on the island. And she’s not the only one with close ties there.

When new arrivals started to come I still had not heard from my mom, so I was very eager to meet them.

Enitzaida Rodriguez attended Bulkeley and now works here as a social worker. She says students have told her it’s hard for them to adjust to a new school where many people don’t speak their language.

Does anything come to mind about something a student has said to you in that regard?

I think this has been ongoing, ‘We’re in America, speak English.’ Like ‘Here I go again, like isn’t that discrimination?’ I said yeah, we have to work through that.

Hartford educators say that this bilingual support is crucial for new students, and that additional staff are needed. But providing adequate support is a struggle in a district that lacks the funding to do so. That’s according to superintendent dr. Leslie torres-rodriguez.

If you’re asking me whether I have the resources, people time and money, no. No. Already we are a challenged district and we remain committed to providing high quality teaching and learning, but at the same time, right, we know that that requires additional resources.

Those resources could be hard to come by. Hartford was grappling with its own budget crisis long before Hurricane Maria.

Last year, its credit rating was downgraded to junk-bond status. The city narrowly avoided bankruptcy when Connecticut lawmakers approved a state budget in October that would provide $40 million dollars in aid to keep it from collapsing.

Still, Hartford Public Schools began this school year with a $3 million dollar deficit, and plans to close several schools over the next three years.

The district estimates that educating the new students will add about another $3 million dollars in costs this year, which includes hiring more bilingual teachers and tutors along with transportation costs and assessments.

So far, Hartford has hired more than twenty teachers and staff to support the new students. Superintendent Torres-Rodriguez points out that Hartford schools are legally required to provide public education.

At no point am I going to say we are not going to deliver services for our students, so let’s put that aside and clarify that. Even if that means that we have to run a deficit, we have to educate our students.

Several federal and state efforts could provide additional funding for Hartford’s education system. This year’s federal budget deal awarded $2.7 billion dollars to schools affected by Hurricanes Harvey, Irma and Maria, and last year’s wildfires. But schools still need guidance on how to apply for those funds, so that money hasn’t reached Connecticut schools yet.

And last month, Connecticut Gov. Dannel Malloy asked state lawmakers to use $3.8 million of its education dollars to help districts hosting the displaced students. He wrote, quote, “This is the right thing to do. Frankly, I wish that we could afford to do more.”

In the meantime, a volunteer community effort has worked to provide the newly-arrived families and students with food, clothing and shelter.

Across the hall from her office, Levitz keeps extra supplies like school uniforms, sanitary products and shoes.

So socks are a luxury item for a l