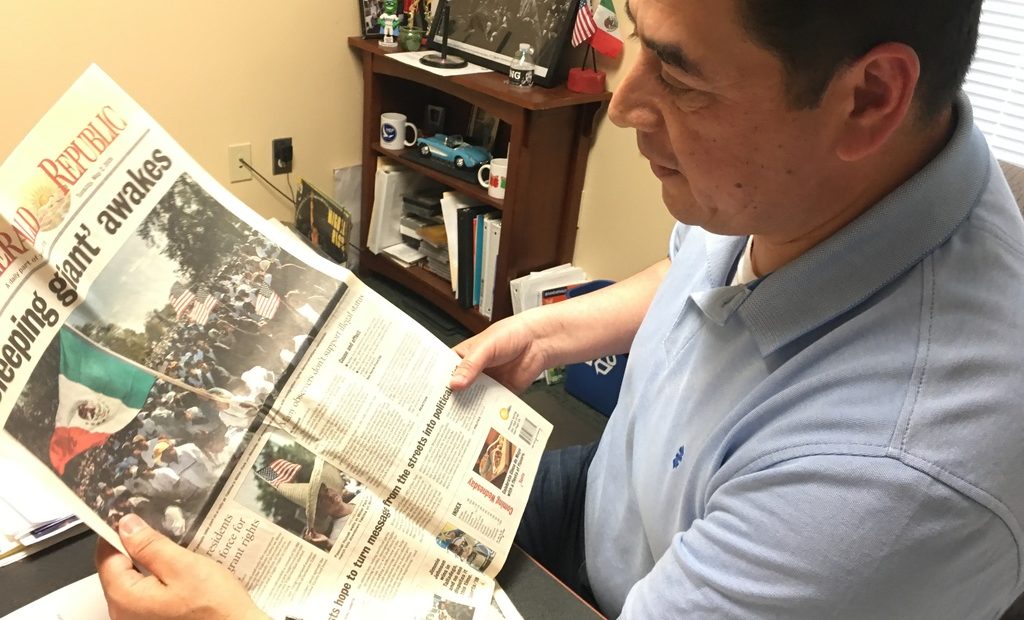 May 1 marks international workers’ day. In Yakima, May Day organizers are pushing last-minute flyers before their march on Tuesday, May 1. They hope for strong turnout from farmworkers, the immigrant community and Latinos.

But some are worried the political climate will affect attendance.

The Yakima Herald-Republic had headlines that read: ‘Sleeping Giant’ awakes.’

Twelve years later, May Day organizers aren’t sure what to expect.

Francisco Rios is the news director at the Spanish-language radio station KDNA in Granger. He’s attended and covered every march since 2006. And he points to the newspaper he kept  from that year.

It was before the election of President Barack Obama. Immigration was a hot topic then, and it’s hotter now.

Maria Cuevas from Wapato is encouraging marchers to show up. She’s 64 and has attended every May Day since 1986 when she marched with Cesar Chavez. She’s worked most of her life as a farmworker, is a mother of 9, and calls herself a local activist.

She hopes the younger generation joins May Day. Cuevas says immigrants, people of color, and other minorities are all in the same struggle for social justice and that they should make a human chain, hand to hand, shoulder to shoulder.

“If the cop cars show up, we all get in, no? I wonder how they will do it?” she said in Spanish. “And if they put us all in, then I guess we’re all locked up together. And if they kick us out? Then I guess the citizens go out too. Why not? We’re in the same struggle. We should make a chain, hand to hand, shoulder to shoulder.”

Francisco Rios says DACA recipients, or so-called Dreamers, have to be more careful today. They’re very politically visible at this time, he says. U.S. Customs and Immigration Services also has personal details like home addresses and school info. That’s why Rios believes many families may not come out to the May Day march.

Rios hopes the immigrant and Latino community will unite again this year. He estimates 500 to 800 will come out. Other march organizers are estimating up to 1,500.

In Central Washington, Immigrants Fear Going To Courthouses Over Chance Of Federal Entanglement

Nicolas was afraid of setting foot in the Grant County District Court. Members of the community, immigrant advocates and public defenders say they have spotted federal immigration officers arresting undocumented people at the court regularly. According to U.S. Immigration and Customs Enforcement, immigration officers do make arrests in courthouses but only against targeted and dangerous people. Continue Reading In Central Washington, Immigrants Fear Going To Courthouses Over Chance Of Federal Entanglement 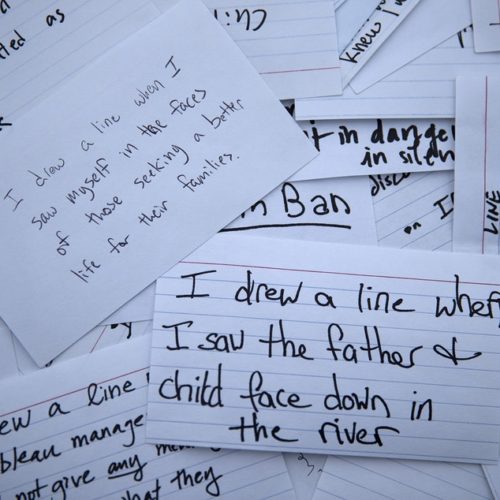 The Southern border may be far from Washington state, but software used by immigration officials is built in Seattle. Now tech workers are grappling with their responsibility as the creators of that technology. Some have become unlikely activists. Continue Reading ‘We Won’t Build It’: Northwest Tech Workers Struggle With Company Ties To Immigration Enforcement 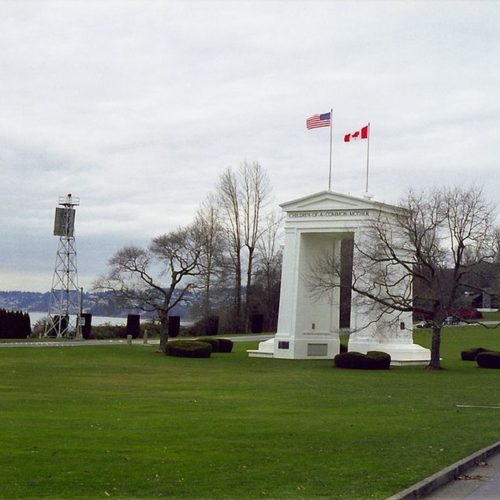 American-Iranians Say They Were Detained At U.S.-Canada Border. Federal Officials Deny It

Sixty Iranian-Americans say they were detained at the American border with Canada this weekend, according to CAIR, the Council on American Islamic Relations. Two other attorneys at the border, unrelated to CAIR, made similar observations. Customs and Border Protection denies those reports. Continue Reading American-Iranians Say They Were Detained At U.S.-Canada Border. Federal Officials Deny It