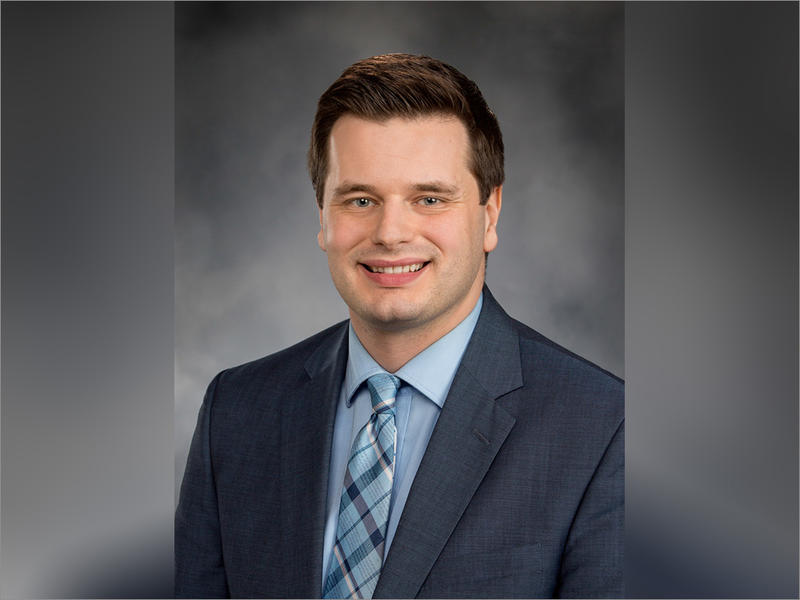 Washington House leaders are recommending that state Rep. David Sawyer, D-Tacoma, lose his chairmanship, not be assigned a legislative assistant and continue to have his access to staff restricted as the result of the findings of an investigation into his conduct that could also result in an ethics probe.

That investigation has concluded that Sawyer, a three-term member of the Legislature, violated the House of Representatives harassment policy and created an “intimidating and offensive” work environment for two women staffers, while also violating policies on ethics and decorum.

In addition to the executive summary, Washington House Democrats on Monday released a one-page summary of the findings written by an in-house legislative attorney. That document said Sawyer “repeatedly sent inappropriate and offensive” text messages to House employees, texted and “drunk dialed” multiple women and, when cautioned about his behavior, responded that he was “not the one who would get fired.”

“Representative Sawyer engaged in a pattern of inappropriate and unprofessional conduct that violated the House Policy on Decorum,” the one-page summary said. “His comportment was not appropriate for an elected member of the House, nor did it reflect the dignity of the institution as required by the policy.”

Sawyer did not immediately respond to our request for comment, but in a written statement, Sawyer said he is both “relieved and contrite.”

“Relieved that the more outrageous claims and allegations circling about me are not present,” Sawyer wrote. “Contrite that it is also clear that I messed up.”

The five-page executive summary, dated June 4, concluded that Sawyer violated the House policy on harassment and work environment in his interactions with the two House staffers who both complained about his conduct. In the first case, the investigator concluded that Sawyer pestered the woman “with unwanted attention” that was sexual in nature despite her requests to “shut it down.” In the second case, the investigator found that Sawyer’s jokes and comments about the staffer’s sexual orientation created an intimidating work environment that interfered with her job performance.

In the case of a third staffer who complained, the investigator found that Sawyer “improperly used significant amounts” of the woman’s time to discuss his concerns about an impending news story about his behavior toward women in violation of state policy on using public resources for private purposes. However, the investigator did not find that Sawyer subjected the third woman to a hostile or intimidating work environment.

“As Witness Three stated to me, while she did not believe that it should be part of her job to have to ‘constantly’ listen to someone talk about their dating or sex life, Rep. Sawyer’s conduct was not sexual harassment,” the investigator wrote.

The second woman also reported that Sawyer “utilized substantial amounts” of her time to discuss his frustration over the fact that reporters were looking into his conduct toward women. “He contacted her after hours, on her own unpaid time, to discuss the confidential and personal details of the situation,” the investigator wrote.

In his statement, Sawyer apologized to the people he’d made “uncomfortable,” and pledged to change his behavior to earn back the trust he’s lost.

House leaders said Monday the finding that Sawyer had violated ethics policy would be referred to the Legislative Ethics Board. They also plan to act soon on the recommendation to strip Sawyer of his chairmanship.

Earlier this year, eight women interviewed by public radio’s Northwest News Network, The News Tribune and The Olympian said Sawyer had crossed personal and professional boundaries, sometimes repeatedly. In a story published in February, the women accused Sawyer of engaging in behavior that ranged from inappropriate to harassing both before and after he was elected to the Legislature in 2012.

Sawyer, who is 35 and not married, denied acting inappropriately and told the news outlets, “I believe I have conducted myself professionally and lawfully.”

Last month, Washington House Democrats voted to suspend Sawyer as chair of the House Commerce and Gaming Committee, pending the outcome of the investigation into his workplace conduct. That was based on preliminary findings that “confirmed evidence that supported some allegation.”

Even before that, Sawyer had been barred from having contact with some House staff.

While Sawyer has filed to run for re-election this year, many of his supporters and past campaign contributors have called on him to step aside, as has Tina Podlodowski, the chair of the Washington State Democratic Party.

So far Sawyer has ignored those demands, although he does face a primary challenge from fellow Democrat Melanie Morgan, a school board member who has already picked up endorsements from Attorney General Bob Ferguson and state Rep. Laurie Jinkins, also of Tacoma.

The House investigation was conducted by Elizabeth Van Moppes of the Edmonds, Washington law firm Beresford and Booth. It was based on interviews with 24 people, including current and former legislative assistants, mostly young women, who worked directly with members of the Legislature. Also interviewed were Speaker of the House Frank Chopp, House Majority Leader Pat Sullivan and senior House staffers, including Chief Clerk Bernard Dean. Van Moppes also reviewed emails, text and Facebook messages and handwritten notes. The full report was not released citing privacy concerns.

In addition to the findings regarding Sawyer’s conduct, the investigator made several recommendations to the House of Representatives on how to improve its policies and procedures. They included a recommendation that the House conduct more formal training on the issue of harassment and reporting and better tracking of who has attended that training.

Separately, a Washington State House of Representatives work group on sexual harassment prevention is meeting to develop further recommendations to House leadership. In addition, over the past year, the chief clerk’s office has been reviewing and updating the House’s workplace policies.

In his statement Monday, Sawyer called for a “non-political” forum for how future allegations of misconduct are handled. “I urge the legislature to implement the independent investigator’s recommendations for systemic change.”

Sexual harassment in the Washington Legislature became a public issue last October in the midst of the “Me Too” movement. In a story co-published by the Northwest News Network, The News Tribune and The Olympian, several women, including current and former lawmakers and lobbyists, described a climate where inappropriate comments, hugs and looks were common. The women also described feeling like it was too risky professionally to report misconduct and complained that the reporting process in the Legislature was confusing and fraught because policies differed between the House and Senate and there was no traditional human resources process.

After viewing the findings of the investigator, I am both relieved and contrite. Relieved that the more outrageous claims and allegations circling about me are not present. Contrite that it is also clear that I messed up and that it’s time for me to acknowledge some personal mistakes. I messed up. I didn’t mean to, but I did, and I’m sorry.

Clearly my actions made people who work with me uncomfortable. I sincerely apologize to those individuals, and I recognize that they felt they could not express their concerns due to my position as an elected official. I commit to taking these findings to heart and change my behavior to earn back the trust I have lost.

I urge the legislature to implement the independent investigator’s recommendations for systemic change which will benefit everyone working in Olympia by providing a non-political, professional forum for addressing similar allegations in the future.