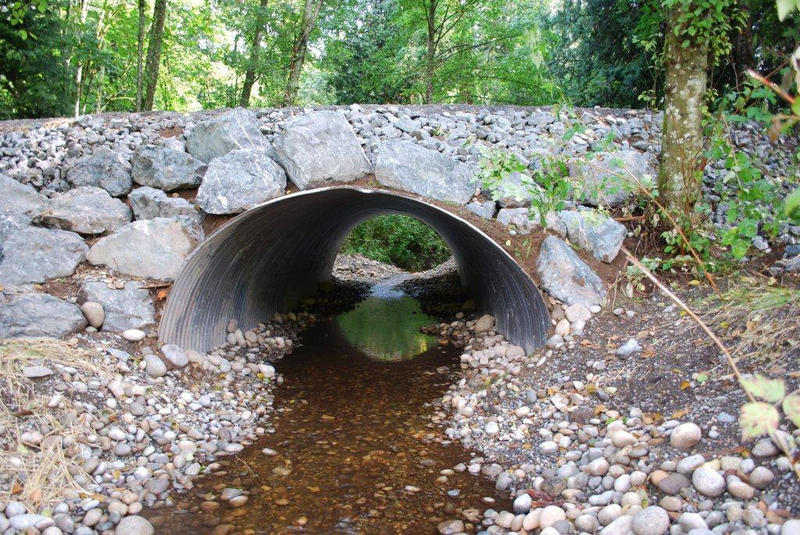 A tie in the U.S. Supreme Court may cost Washington state $2 billion.

The court split 4-4 Monday in a long-running court battle between tribes and  the state of Washington over salmon-blocking road culverts.

Culverts are the pipes and tunnels that carry streams under roads. If they’re designed poorly, they can block salmon from swimming to habitat upstream.

Only eight justices heard the case, because Justice Anthony Kennedy recused himself because he sat on the 9th Circuit Court of Appeals when it court heard an earlier version of this case. The Supreme Court vote was a tie, so the 9th Circuit Court ruling stands and Washington must fix its culverts.

“It is a tremendous win for the tribes and the fisheries in the Pacific Northwest,” said Bob Anderson, a professor of Native American law at the University of Washington. “As for its broader ramifications, if there’s another case involving habitat protection, the Supreme Court could revisit the issue.”

Washington Attorney General Bob Ferguson said in a statement that “it is unfortunate that Washington state taxpayers will be shouldering all the responsibility for the federal government’s faulty culvert design.”

Washington state has more than 800 culverts that block more than 1,000 miles of streams.

The case hinges on a treaty signed in 1855 by the U.S. government and the tribes of the Puget Sound region.

“The tribes agreed to sell their land to the United States in exchange for reserving the right to fish at their usual and accustomed stations,” Anderson told KUOW earlier this month.

Tribes in six other states in the Pacific Northwest and Midwest all have similar treaties with the U.S. government.