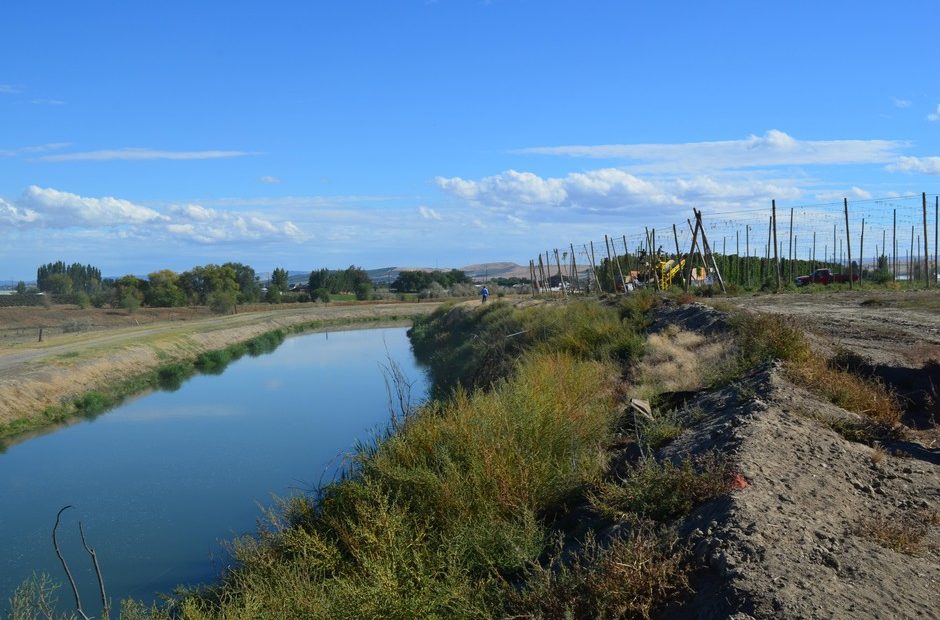 Yakima Valley Farmers Fight For The Future Of A Cascades Lake

It’s September, so the hops harvest is in full swing in Washington’s Yakima Valley. At the Carpenter family’s farm in Granger, workers are making their way between rows of trellises, pulling down vines and feeding them into a sorting machine.

The Carpenter family has been growing hops in the Yakima Valley since the 1860s. Brad Carpenter, who helms the operation these days, said farmers in this dry valley depend on one thing: water.

“Water’s everything,” Carpenter said. “Without water, you’re not going to see anything out here but sagebrush” — certainly not the apples, cherries, pears and hops that contribute billions to Washington’s economy.

Here’s the problem: Most of the water Yakima Valley farmers use on their crops comes from the snowpack that builds each winter in the Cascade Mountains and then melts slowly through the spring and summer. And scientists say, with climate change making winters warmer, the snowpack is expected to shrink.

To solve that problem, Yakima’s farmers are trying to shore up access to water. They’ve set their sights on Kachess Lake, one of the finger lakes just off Interstate 90 near Snoqualmie Pass.

To explain why they need a backup water source, most farmers hearken back to 2015. That year, the snowpack was less than a quarter of what it normally is. Brad Carpenter remembers: His farm was completely without water for three weeks.

“In the hops field, it probably cut our yields in half,” he said. “You can’t really afford to have a 50 percent yield loss on a hop field, because of the cost to grow those hops.”

The state estimates Roza Irrigation District farmers — which include the Carpenters — lost $76 million of crops that year.

Kachess Lake “would provide a supply of water that could be used in a drought year” like 2015, said Scott Revell, the irrigation district’s manager.

Revell said the farmers are putting up $200 million for the infrastructure needed to move water from Kachess Lake to the Yakima Valley.

The plan to tap Kachess Lake is just one piece of a massive compromise that aims to end the Yakima Valley’s water wars for agriculture, fish and people.

But perhaps it’s just the beginning of a new battle.

Kachess Lake is a little over an hour’s drive from Seattle. It’s such a popular spot that, on sunny summer weekends, cars have to line up and wait to get into the parking lot.

“It’s beautiful — the mountains and the trees,” said Jessica Shearer, who was there to spend the weekend camping with her family. “[I’m] excited to actually jump in.”

Shearer said she hadn’t known there was a conflict over this lake before she came, but then she saw the “Save Lake Kachess” signs as she was driving in. She was immediately sympathetic.

“It certainly seems really special,” she said, “so it seems like in any case it should be conserved.”

The person who’s been fighting the irrigation plan the hardest is Jay Schwartz.

Schwartz said he and his five kids come up to the lakeside cabin he built for his family 10 years ago for weekends year-round — even in the winter, when the bumpy, potholed forest service road to get there is impassable. Then, they park 2 miles down the road, stuff all their groceries into backpacks, and snowshoe in.

Jay Schwartz owns a cabin near Kachess Lake in the Washington Cascades. He wants to keep the lake as it is for his family and others to enjoy. CREDIT: EILIS O’NEILL KUOW/EARTHFIX

“It’s fun,” Schwartz said, “and we’re thankful if the snowmobile has gone before us.”

The Bureau of Reclamation says if water were pumped from Kachess Lake, it would take two to five years for the lake to return to its former level. But Schwartz says it may never recover.

And, he added, “You can’t get anyone in Olympia to pay attention.”

Normally, people east of the “Cascade Curtain” feel excluded from Washington politics. In this case, the tables are turned, and the people of Puget Sound feel excluded.

Schwartz and other critics of the plan say the state should be using water more strategically instead of focusing on water storage. They say too much water is wasted on Timothy hay and alfalfa that could be used to save expensive perennial crops like apple trees and hop vines.

But Scott Revell, with the Roza Irrigation District, says the entrenched system of water rights would prevent that.

“We’ve spent almost 40 years and tens of millions of dollars fighting out our place in line,” he said. “The system isn’t perfect, but everybody knows what they’ve got.”

As for the Kachess Lake project, a final decision from the Bureau of Reclamation is expected in early 2019.

“That’s when the litigation can start,” Schwartz said.

As far as he’s concerned, the war over this water isn’t ending anytime soon. 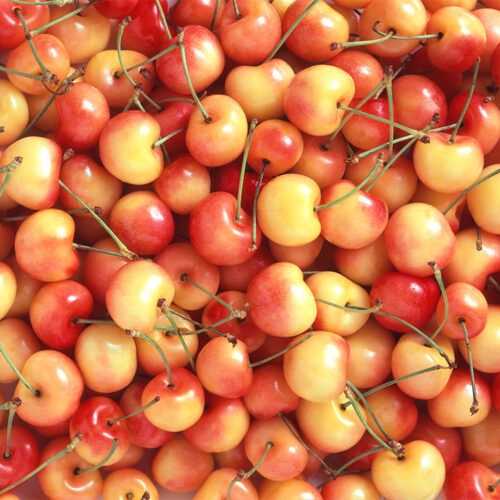 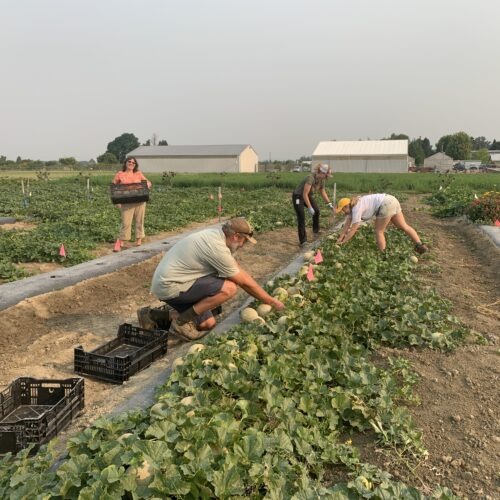 Carol Miles and volunteers assist with a harvest of this year’s cantaloupes in Mount Vernon, Wash. Listen Correspondent Lauren Paterson tells us how a bit… Continue Reading The Secret To Growing Cantaloupe In Colder Northwest Areas? Using The Roots Of Squash