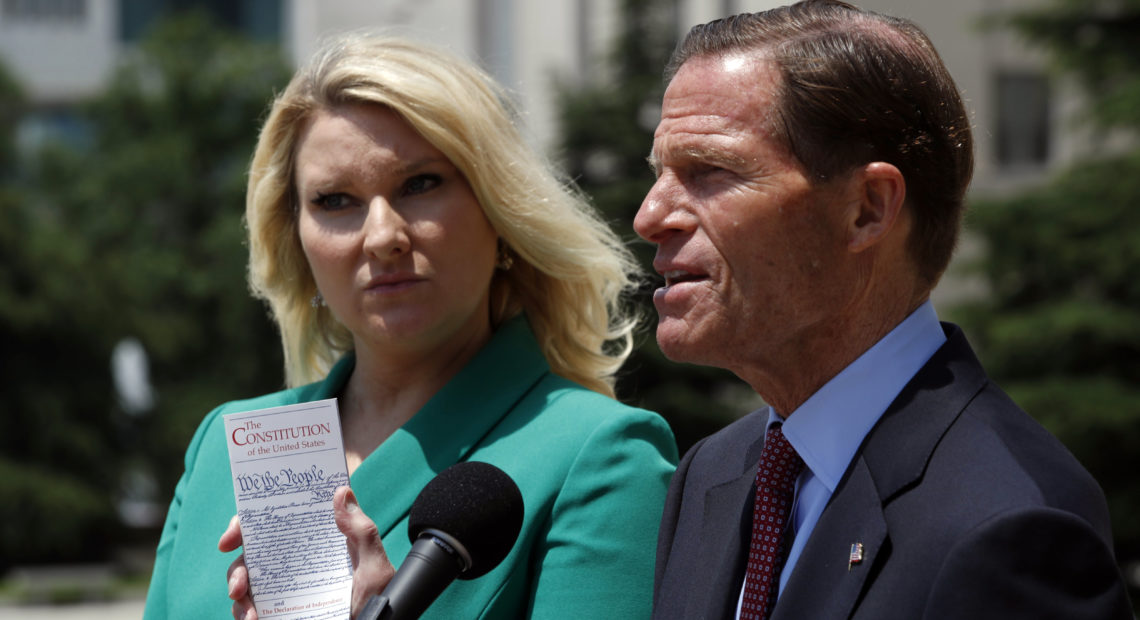 About 200 Democrats in the House and Senate have won a judge’s approval to go ahead with their anti-corruption lawsuit against President Trump.

U.S. District Judge Emmet Sullivan, in Washington, D.C., said the lawmakers have standing to sue Trump. They allege he violates the Foreign Emoluments Clause of the Constitution, as his hotels and other establishments around the world profit from spending and favors by foreign governments.

Justice Department lawyers, representing Trump, contended that only Congress, not its members acting individually, could deal with the emoluments clause.

The Foreign Emoluments Clause bars U.S. officials from accepting gifts or payments from foreign governments unless Congress consents. It’s a visible issue, as some foreign dignitaries pay to stay at Trump’s hotel while on official visits to the White House.

Trump began his presidency by choosing — unlike other presidents in recent decades — to keep ownership of his businesses. He hasn’t asked Congress for consent under the Foreign Emoluments Clause, and the Republican-controlled House and Senate haven’t raised the issue with him.

DOJ argued in court that Trump doesn’t have to ask — that Congress can act on its own. The plaintiffs said they need a court order to make Trump obey the Constitution.

The lawmakers are the second set of plaintiffs to gain standing in an emoluments case against Trump.

A federal judge in Maryland granted standing in July to the attorneys general of the District of Columbia and Maryland, in a suit focused on the hotel near the White House and citing both the foreign and domestic emoluments clauses. Now the attorneys general are seeking documents from the White House and the Trump Organization in the document discovery stage that precedes a trial.

In a third case, the watchdog group Citizens for Responsibility and Ethics in Washington and plaintiffs from the hospitality industry were denied standing by a federal judge in New York. CREW has filed an appeal.