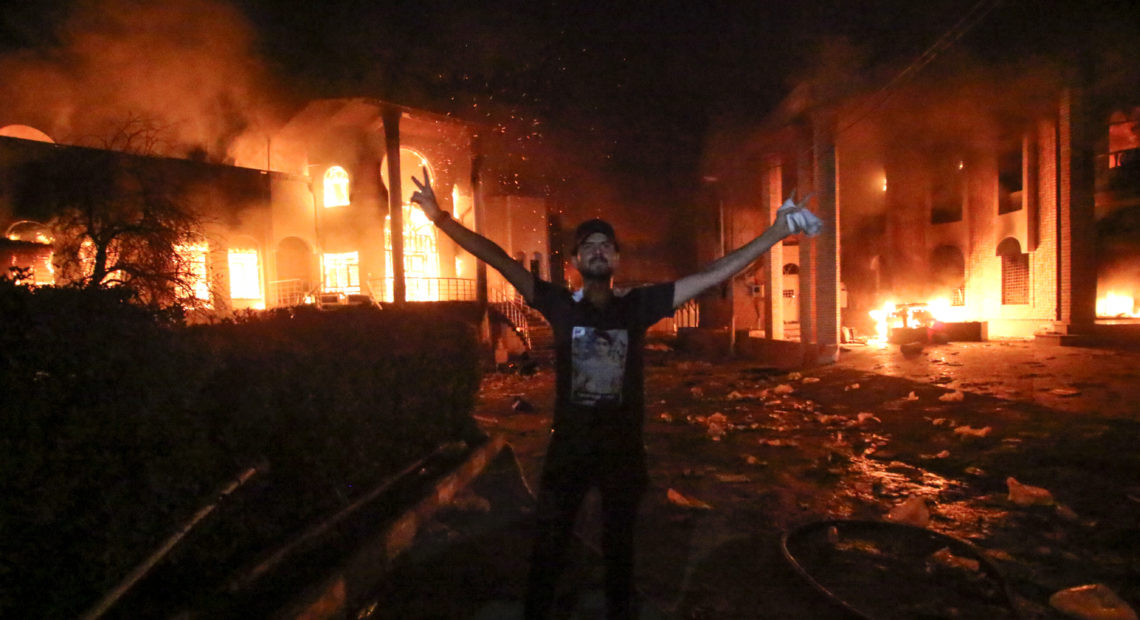 The State Department is temporarily closing the U.S. Consulate in the southern Iraqi city of Basra and evacuating all diplomats stationed there, following a rocket attack early Friday morning.

Although there were no casualties, concerns back in Washington grew. The decision comes out of concern for the safety of U.S. personnel stationed in that Iraqi city near the border with Iran.

“I have made clear that Iran should understand that the United States will respond promptly and appropriately to any such attacks,” Pompeo said.

He blamed the security threat specifically on Iran, its elite Islamic Revolutionary Guard Quds Force and militias under the control of Qassem Suleimani, the commander of the Quds Force.

The Basra airport was also the target of an attack earlier this month. NPR’s Jane Arraf reported that according to Iraqi security officials, the attacks didn’t land on the U.S. Embassy or Consulate compounds. There were no injuries or serious damage, but the White House, in a statement, called them “life-threatening attacks” against its diplomatic missions.

“Iran did not act to stop these attacks by its proxies in Iraq, which it has supported with funding, training and weapons,” the White House said. 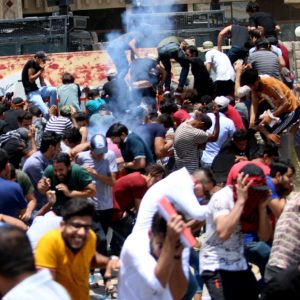 Basra hosts one of three U.S. diplomatic missions in Iraq. It is the country’s oil capital and main port but has been battered by successive wars and neglect for decades. After the U.S. invasion in 2003, Basra fell under militia control and as a result, there was rampant corruption.

Hundreds of anti-government protests have descended on the city since the beginning of July.

Arraf reported that protesters are demanding much needed government services, and a water crisis has pushed them to the edge.

“We want to change them,” he added.

Earlier this month, protesters turned their rage on neighboring Iran, blaming its outsize influence on Iraq’s political affairs for their misery. They stormed the Iranian Consulate and set it on fire, causing significant damage.

Pompeo tweeted Tuesday that militias supported by Iran had launched the attacks, warning, “We’ll hold Iran’s regime accountable for any attack on our personnel or facilities, and respond swiftly and decisively in defense of American lives.”

“I have made clear that Iran should understand that the United States will respond promptly and appropriately to any such attacks,” Pompeo added in the statement.

The decision comes at a particularly fraught time as tensions between Washington and Tehran have escalated during the Trump presidency.

In a speech addressing the United Nations General Assembly earlier this week, President Trump hammered Iran over its support for terrorism and aggression against U.S. allies in the Middle East.

“They do not respect their neighbors or borders, or the sovereign rights of nations. Instead, Iran’s leaders plunder the nation’s resources to enrich themselves and to spread mayhem across the Middle East and far beyond.”