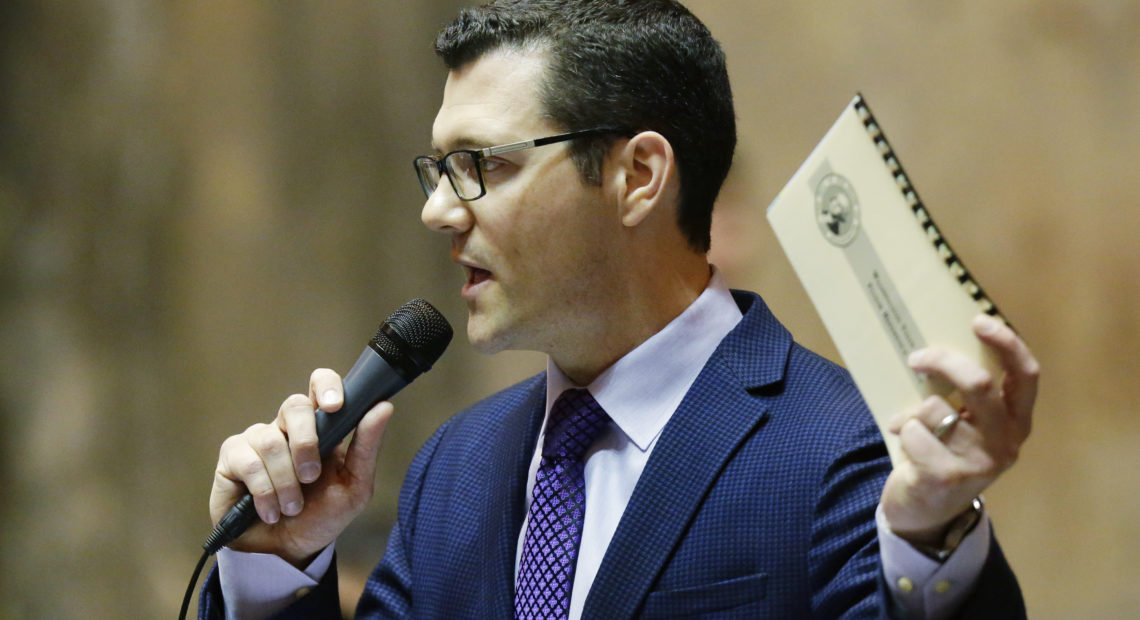 “I look forward to supporting her during the transition in any way I can” Fain wrote in Facebook post.

He posted to Facebook just hours after the latest King County ballot drop showed Das extending her lead to more than 500 votes. If Fain had stayed in the race, there would almost assuredly have been a recount.

“I want to congratulate Senator-Elect Das on her new opportunity to serve South King County in the Washington State Senate. I look forward to supporting her during the transition in any way I can.

The past eight years have been the most professionally rewarding time in my life. I’m so grateful to my supporters, friends, constituents, and colleagues for giving me the opportunity to serve.” – Joe Fain, conceding re-election race, Nov. 9, 2018

Once a rising star in the state Legislature and state GOP party, Fain’s re-election was clouded by accusations by former Seattle city official Candace Faber that he’d raped her in 2007 after a drunken Georgetown graduation party in Washington, D.C.

“I was shocked to learn that I was being accused of the conduct she has described as my memory of the events do not coincide with her allegations,” Fain said in a statement then through his spokesperson. “I am again asking that she be afforded the utmost respect during what I believe must be a difficult time for her as well.”

Fain’s decision to concede comes after the state Senate announced an independent investigation into the accusations against him. His Facebook statement did not address Faber’s claim that he raped her.

The Washington State Senate announced Tuesday that it will not go forward with its planned investigation of Senator Joe Fain (R-Auburn). Fain has been accused of raping a Seattle woman in 2007 before he took office and has denied the allegation. Continue Reading Washington Legislators Reverse Course, Won’t Investigate Rape Allegation Against Sen. Joe Fain