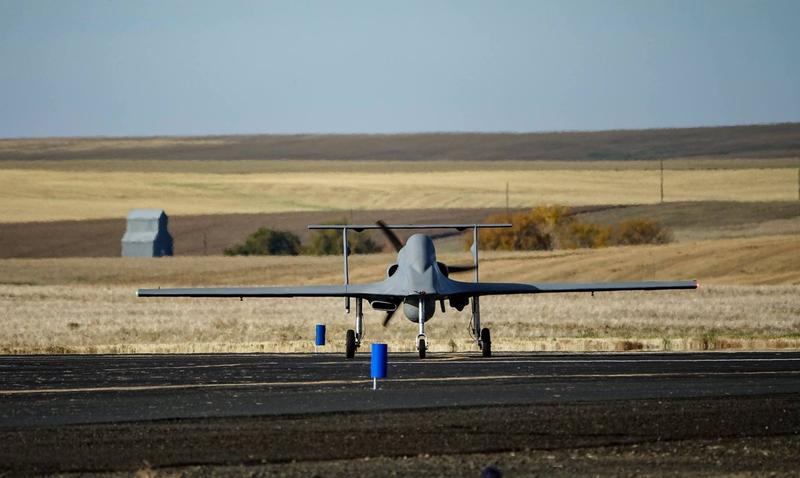 In Eastern Oregon, Pendleton Has Become A Drone-Testing Hub, With Hopes For More

A dream to make rural Pendleton, Oregon into a drone testing mecca is becoming very real. It’s so real, in fact, that the city-owned airport has run out of hangar space to rent to global aerospace companies. Now, the Pendleton airport is seeking millions more in public funding to help expand.

Darryl Abling, the Pendleton Unmanned Aircraft Systems Range manager, remembers that turning Pendleton into a haven for unmanned aircraft testing was “a big gamble” at the beginning. That was back in 2013, when the city applied to become a federally-approved flight test range for drones of all sizes.

“And then it was really like the dog chasing the car that finally catches it,” Abling said. “You know, what do I do?” 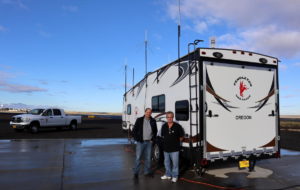 “Once you got one or two major players in, the word got out. ‘Hey, Pendleton is the place to test,'” Abling said. “You’ve got outstanding customer service. You’ve got great infrastructure, good weather, open space. It has just snowballed from there.”

The range has attracted all sorts of exotic military and commercial unmanned aircraft. In the early days, you could have seen Yamaha Motor Company’s remotely guided crop-dusting helicopter, the RMAX. Last year, there was the U.S. Department of Energy’s “Arctic Shark,” a high altitude atmospheric research drone remotely piloted by scientists with the Pacific Northwest National Laboratory.

“We had a place on the East Coast that we flew, but we really didn’t have enough space; as in you could launch, but you had to stay inside a one mile corridor,” said Ken Bisconer, director of West Coast operations for PAE ISR. “We came out and we did some test flights out here and we really loved the support we were getting from the city and the Pendleton range guys.”

Also settled in at the Pendleton airfield is an Airbus division based in Silicon Valley known as A^3 or “A-cubed.” It is flight testing the first prototype of a single seat, electric, self-flying shuttle craft called “Vahana,” an allusion to Hindu mythology and flying carpets.

The Vahana aircraft has eight electric motors attached to two sets of tilting wings. One day, it might zip you in and out of urban heliports.

San Diego-based Cubic Corporation is the latest arrival in Pendleton. Its new variant of its stubby, propeller-driven Ares surveillance drone shelters in a snowplow garage between flight tests.

Cubic ISR Systems director Rick Mercer said it’s easier to operate at Pendleton than at the military test ranges his company used before. 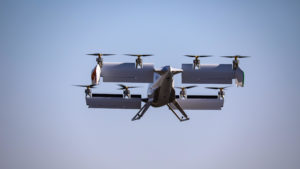 An Airbus subsidiary is testing this prototype of a self-flying air taxi at the Eastern Oregon Regional Airport.
CREDIT: PROJECT VAHANA

“Things that would take me two weeks to do at a government range, I can do here in 15 minutes — coordinating airspace and things like that, it’s very easy to do,” Mercer said in an interview.

The city of Pendleton is preparing to up the ante now that its initial gamble on the test range is paying off. The city council recently voted to go ahead with design and engineering for a 100-acre unmanned aircraft systems industrial park beside a dedicated runway for drone aircraft.

“I think we’re just at the tip of the iceberg. I think there’s a lot more growth to occur,” said Steve Chrisman, the Pendleton airport manager as well as the city’s economic development director.

“Facilities are our biggest need,” Chrisman continued. “If I had three more hangars I think I would have three more aerospace companies here operating on a semi-permanent basis anyway.”

City leaders are waiting to hear if they won a $3 million federal grant before launching construction of roads and utilities for the industrial park. Local water and sewer ratepayers would foot the majority of the estimated $16 million bill to attract more unmanned aircraft industry tenants.

“That’s an awful lot of money to spend on a small number of permanent jobs,” said Rex Morehouse, who unsuccessfully ran for city council earlier this year. “It’s getting harder and harder to pay the utility bills.”

Morehouse said he is glad to see the drone test range succeed, but is skeptical about sinking more public money into the airport unless tenants make firm commitments to occupy spaces.

But so far, the rural city’s elected leadership is all in. Chrisman said he wants to engage an independent consultant to prepare an economic impact analysis so people can be armed with hard numbers.

“We’re seeing a lot of jobs getting created,” Chrisman insisted. “I only see that growing. We’re just scratching the surface.”

The Pendleton range is one of three in Oregon that are incorporated separately but share oversight under an umbrella FAA approval that is managed by the University of Alaska Fairbanks. The other Oregon test locations — at the Tillamook airport and over the Warm Springs Indian Reservation — have attracted less flying action. 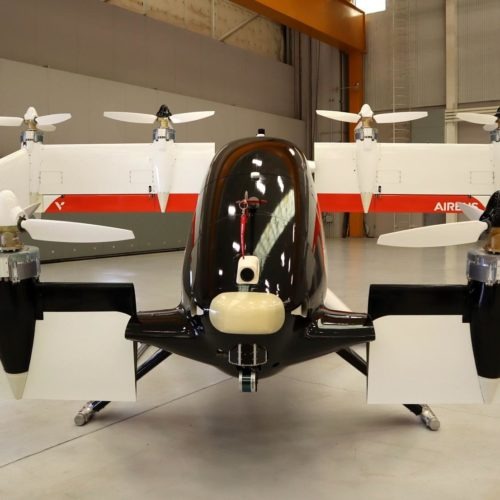 Robo Air Taxi Testing Wraps Up At Pendleton Airport, And Airbus Moves On

Airbus has wrapped up flight testing of a pilotless air taxi in eastern Oregon skies and is moving on. The global aerospace company, along with its rival Boeing and many others, is striving to make flying cars an option for your urban commute someday. Continue Reading Robo Air Taxi Testing Wraps Up At Pendleton Airport, And Airbus Moves On 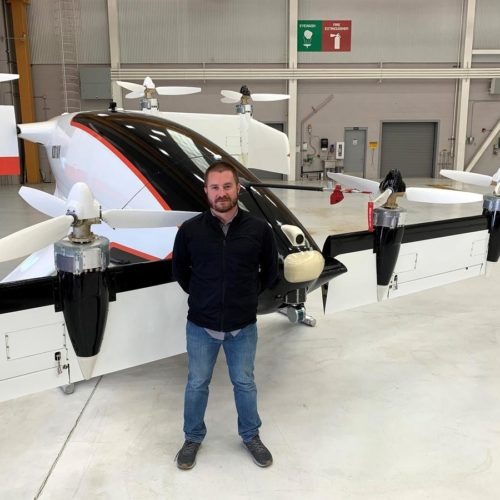 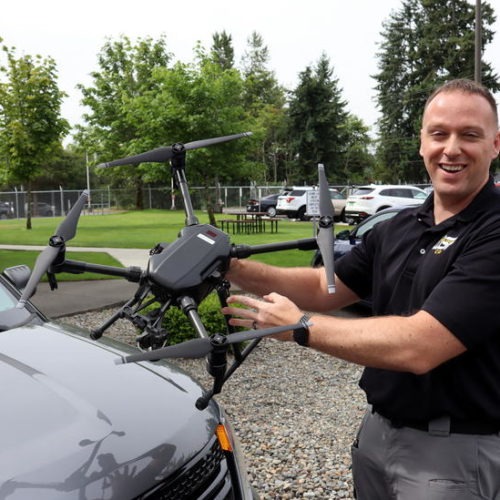