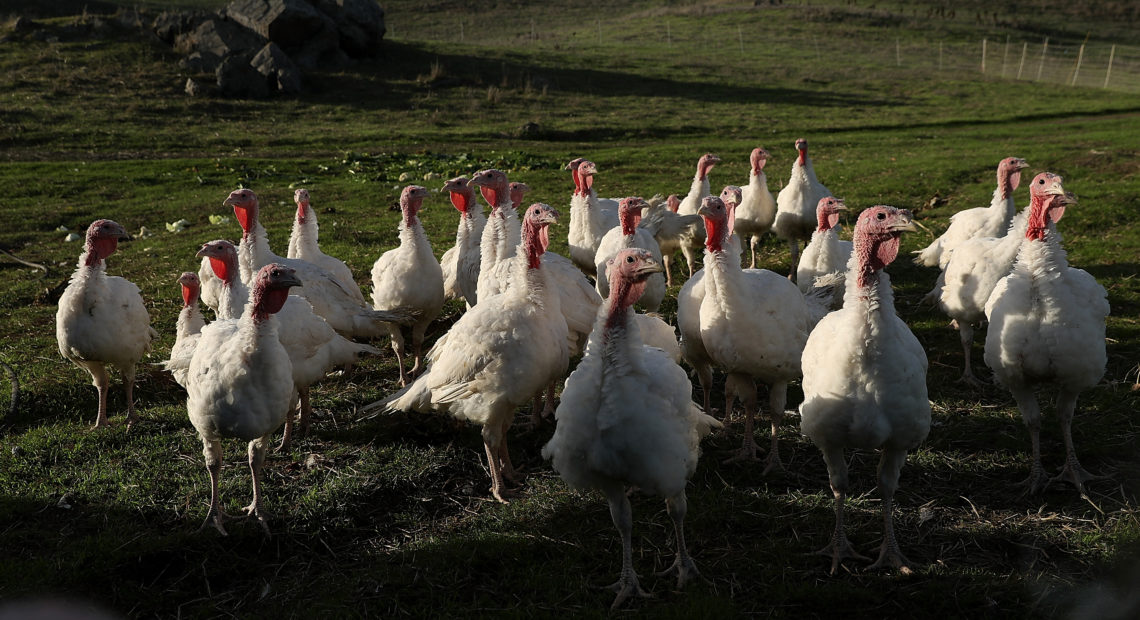 ‘Ballad Of The Fat Turkeys’: Talking Fowl But Festive Music In The Classical Tradition

PHOTO: While your holiday meal might consist of turkey that’s deep-fried, braised or roasted, the turkeys who’ve been featured in music through the years have inspired pop culture crazes. CREDIT: Justin Sullivan/Getty Images

Keeping with Morning Edition‘s longstanding Thanksgiving Day tradition, classical music commentator Miles Hoffman stops by to give listeners a sample of music that speak to the themes of the holiday. This year’s music selection serves as a lesson on famous references to musical fowl throughout history.

While your holiday meal might consist of turkey that’s deep-fried, braised or roasted, the turkeys who’ve been featured in music through the years boast a lot of personality and have even inspired cultural crazes.

The 1889 ballad “Ballade des gros dindons,” by French composer Emmanuel Chabrier translates to “Ballad of the Fat Turkeys,” and as Hoffman explains, it holds the birds in high regard. “They’re very bourgeois turkeys,” Hoffman says. “They only care about walking around looking important and respectable, sticking their bellies out.”

In 1909, a dance step known as the turkey trot was invented in America and became popular to do with ragtime music. “The dance was considered so risque, so downright depraved that The Vatican denounced it, which, of course, helped make it very, very popular,” Hoffman says. A perfect slice of music that would inspire the dance move is the turkey trot movement from Leonard Bernstein‘s 1980 composition “Divertimento for Orchestra.” And some 50 years after the dance was first introduced in America, the turkey trot made another appearance in pop culture thanks to the Little Eva song “Let’s Turkey Trot.”