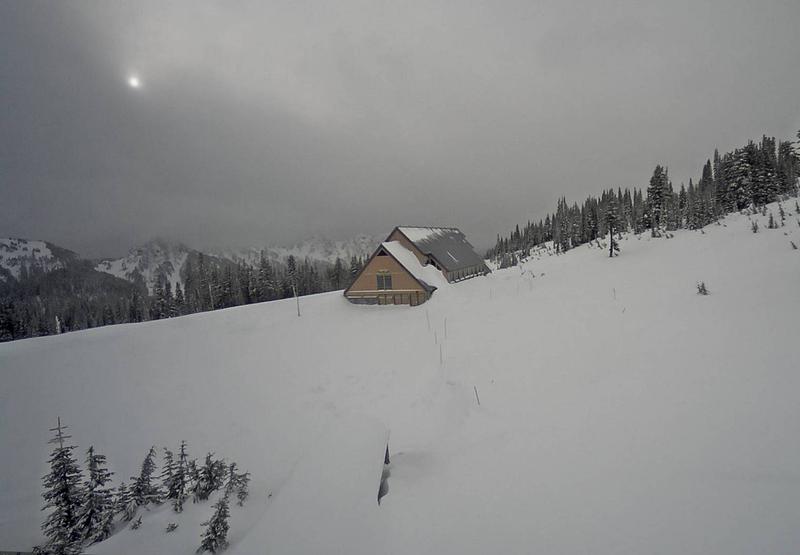 As the partial government shutdown drags on, the National Park Service is having a harder time keeping its Northwest jewels open. The last open gate at Mount Rainier swung shut until further notice on Sunday afternoon.

When the government shutdown began on December 22, National Park Service higher-ups aspired to maintain access to Western parks—to the extent it was possible with a skeleton staff. But that quickly became untenable at Crater Lake National Park due to lack of snow plowing and sewer maintenance.

Now, Mount Rainier is fully shut, too. The private operator of the National Park Inn at Longmire bailed out the Park Service during the initial weeks of the shutdown by helping to clean toilets, collect trash and plow. But that wasn’t sustainable for the Rainier Guest Services company in the face of declining business. The inn closed Sunday.

About 35 workers of the park concessionaire will be furloughed, according to operations manager Melinda Simpson.

“As a result, there will be no public services including food, restrooms, or snow plowing sufficient for safe public travel anywhere in the park beginning late Sunday,” said Mount Rainier National Park deputy superintendent Tracy Swartout in a statement.

A forecast of severe weather ahead also motivated the Park Service to close vehicle access to Mount Rainier until further notice effective Sunday afternoon. This affected the main wintertime entrance, the Nisqually gate east of Ashford. The high-altitude road from Longmire to the popular snow play area at Paradise was already closed as of December 22.

Access on foot to national parks such as Mount Rainier and Crater Lake is discouraged under the present circumstances.

“Most property surrounding the gates at the Nisqually entrance is privately-owned and any vehicles improperly parked on private lands or blocking park gates may be towed,” Swartout said. “Traveling by foot on park roads is prohibited and is extremely unsafe, as limited plowing activities must continue to provide emergency access.”

In the case of Crater Lake, it’s a 16 mile roundtrip through snow to hike from the closed entrance gate at Oregon Highway 62 to the crater rim and back.

Meanwhile, most of Olympic National Park remains inaccessible because rangers never got the chance to repair December storm damage and clear fallen trees over roads before the shutdown began. That means the roads to popular destinations such as the Hoh Rain Forest, Hurricane Ridge and Rialto Beach are closed.

Negotiations over the weekend between congressional representatives and the Trump administration to resolve the government funding standoff made little progress. This coming week, the new Democratic majority in the U.S. House plans to pressure the Republican-controlled Senate and President Trump by passing previously agreed 2019 budgets for closed agencies.