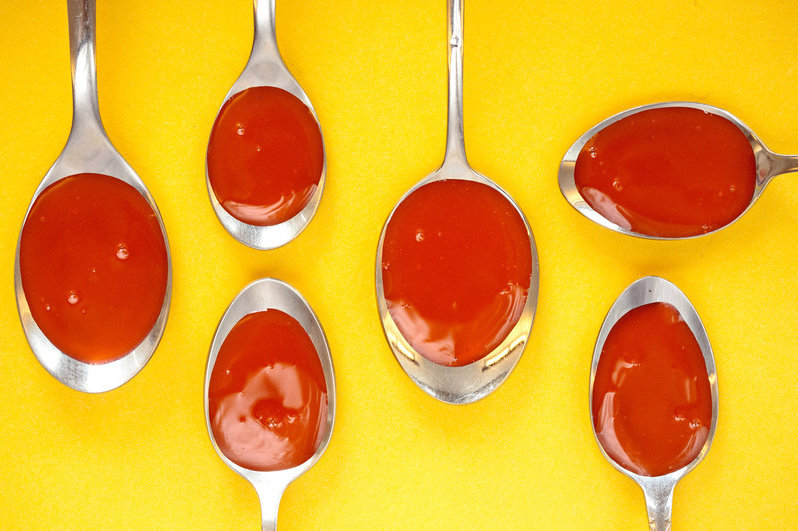 Giving Medicine To Young Children? Getting The Dose Right Is Tricky

PHOTO: If you fear your child may have taken or received too much medicine, call the national poison control hotline at 1-800-222-1222. CREDIT: Meredith Rizzo/NPR

It’s the middle of the night and you wake up to the disturbing sound of your little one crying and sniffling with a cold, sore throat or fever. And, if you’re like many parents, you reach into the medicine cabinet, seeking some relief.

But giving medication — and getting the dose right — can be more challenging than you might think. Jesse and Shannan Ridall live in Palmyra, Pa., with their three young children. Jesse says the lined markings on dosing devices of children’s medicine can be confusing, especially when they show both teaspoons and milliliters.

“If you’re not careful, or there’s not a lot of light, it can be hard to read them,” he says. “I know there were a couple of times when I had to take some of the medication out of the syringe because it was too much and I was looking at the wrong side.”

The Ridalls take their children to the General Pediatric Clinic at Penn State Children’s Hospital, where Dr. Ian Paul is chief of the division of academic general pediatrics. Paul says things can get even more complicated with certain medications because sometimes the markings on the dosing device don’t match the instructions on the label. That’s why, when he prescribes medicine, he verbally repeats the size of the dose several times, often asking the parent to repeat it back to him.

Even so, a recent industry-sponsored survey suggests most parents aren’t as vigilant as they need to be when it comes to measuring, says Anita Brikman, executive director of the Consumer Healthcare Products Association Educational Foundation. CHPA is the trade association for makers of over-the-counter medicine.

In May 2018, CHPA published findings of its nationwide online survey of about 1,400 parents of children ages 4 to 6. According to Brikman, “We wanted to know how parents perceive the importance of safe dosing.”

Nearly 1 in 4 parents surveyed did not believe over-the-counter medication was strong enough to require precise dosing. (It is.) And 1 in 5 parents said they believe that using a household spoon is OK for measuring medicines. (It is not.)

Those results are worrisome, Brikman says.

The side effects of too much medicine can vary, she says, but “the scary thing is that sometimes those symptoms can be very similar to the symptoms of the illness itself — such as sleepiness or lethargy.”

If you’re concerned you may have inadvertently overdosed a child, consult with your health care provider or call the local Poison Control Center. There are 55 poison control centers across the U.S., and all can be reached by calling the same hotline number: 1-800-222-1222.

A medical professional on the other end of that call can help you quickly figure out how much medicine the child got over what time period, whether that was too much and what to do next.

To help avoid such problems, try these tips:

The lack of precise dosing on label instructions for kids under 2 is “a shame,” Paul says, because these are the children who are most vulnerable to side effects. Ask your pediatrician before giving a baby a painkiller.