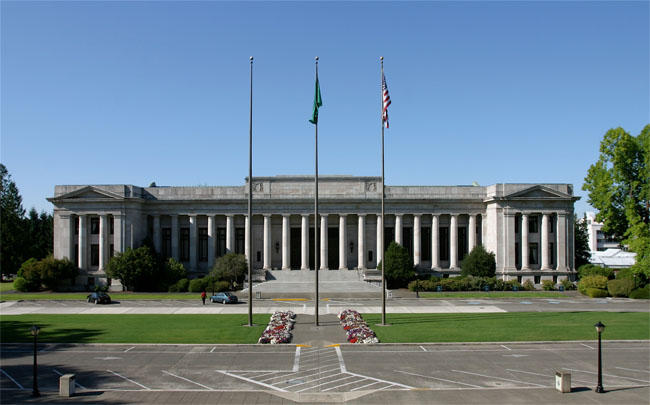 The Washington State Bar Association (WSBA) could soon be dissolved or remade amid internal turmoil and possible legal challenges.

Washington State Bar board president Bill Pickett said that’s not necessarily a bad thing. But lawyers warn there are reasons for the non-lawyering public to keep an eye on these changes. One of them is the future of the WSBA’s programs for low-income legal clients.

In recent months the WSBA, which currently has authority to license and discipline the state’s lawyers, has seen infighting and criticism from members. A proposal to repeal the State Bar Act and turn the bar’s essential duties over to the Washington State Supreme Court has passed the Washington State House and will be heard by a Senate committee on Tuesday, March 19.

At the group’s Board of Governors meeting in Olympia on March 7, member attorneys called the association’s board overly secretive and unresponsive.

“The buzz around the legislature is that this place is out of control,” attorney Brian Considine said.

Family law liaison Nancy Hawkins blasted the group for its secrecy in firing the association’s executive director in January and not disclosing the decision until March. That director, Paula Littlewood, is continuing in her post through the end of this month.

Hawkins said the board has failed to illuminate a way forward.

“This is craziness,” she said. “We don’t know where we’re going tomorrow let alone next year, next five years. But all I know is, secrecy doesn’t work.”

“There has been a substantial concern among judges and legal academics that [bar associations] are potentially unconstitutional because all lawyers are required to pay dues to support the association in order to do their jobs,” he said.

In Washington those dues are currently $453. That’s why the state Supreme Court has organized a task force to figure out what to do, Pedersen said.

The majority of the bar association board opposes legislation to do away with the group. But board president Bill Pickett describes the current organization as “struggling” and said he supports the proposal.

“I don’t have an issue with it,” he said. “In fact I believe it reconfirms what’s existed for many, many years in Washington State and that is the plenary authority of the Supreme Court over the practice of law, and that’s a good thing. “

University of Washington law professor Hugh Spitzer said most lawyers are baffled and confused by the turmoil at the WSBA. One problem seems to be conflicting views of the mission of the organization.

“There seems to be some disagreement about that,” Spitzer said. “Some people on the current board seem to think they have a larger role in representing the needs and views of lawyers. And then other people on the board have that more public-oriented view.”

One concern over the WSBA’s future is the fate of the its “access to justice” programs.

“The state bar also provides some very useful programs for low-income clients,” Spitzer said. “There’s a whole lot of programs that they run. So they need to think through, and the Court has to think through, how to divide these functions if that’s what they want to do.”