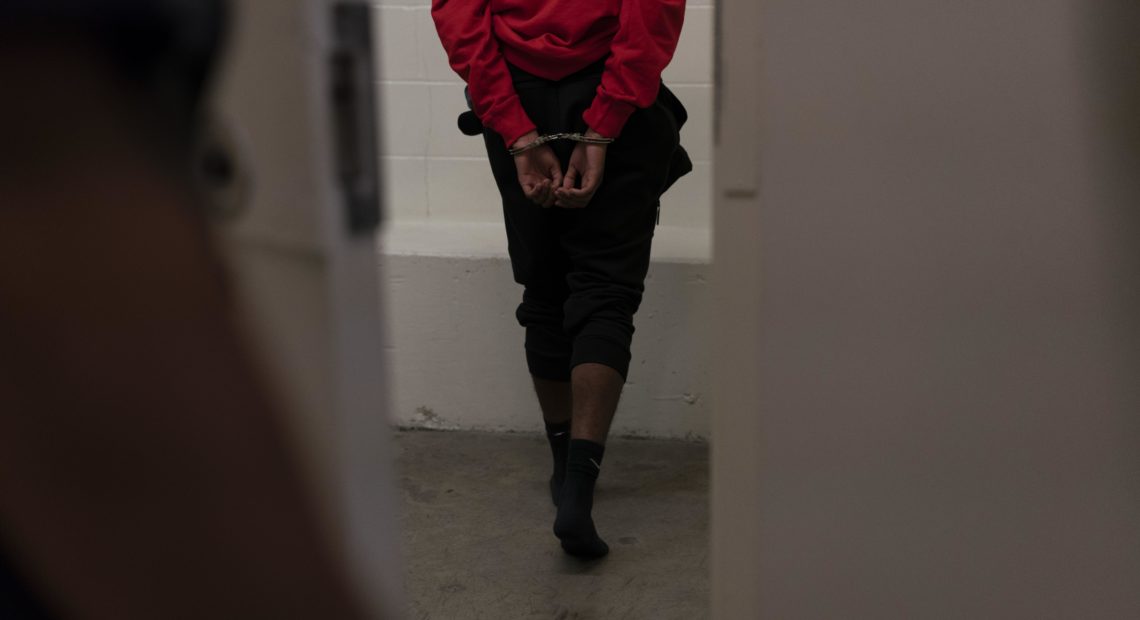 In 2012, Michael Saffioti turned himself in on a misdemeanor. The charge was marijuana possession. The next day at the Snohomish County Jail in Everett, Washington, he was served oatmeal that contained milk. The 22-year-old with severe asthma and a dairy allergy went into anaphylaxis and died.

In 2015, in Island County Jail on Washington’s Whidbey Island, 25-year-old Keaton Farris was found naked on the floor of his cell. He died malnourished and dehydrated after guards turned off the water to his cell because he had flooded it previously.

One year later, in the Columbia County Jail in St. Helens, Oregon, two inmates attempted suicide on the same day. Responders saved one, but 44-year-old Jason Shaw later died at a Portland hospital. He had hanged himself using a bed sheet.

In 2018, 53-year-old Jacqueline Cowans was booked at the Lane County Jail in Eugene, Oregon, on three warrants: burglary, possession of a stolen vehicle and unlawful delivery of methadone. Eight days later she was moaning, asking for water and saying she was dying. Less than an hour after that, she was dead. The medical examiner determined she died from internal bleeding caused by pancreatitis. 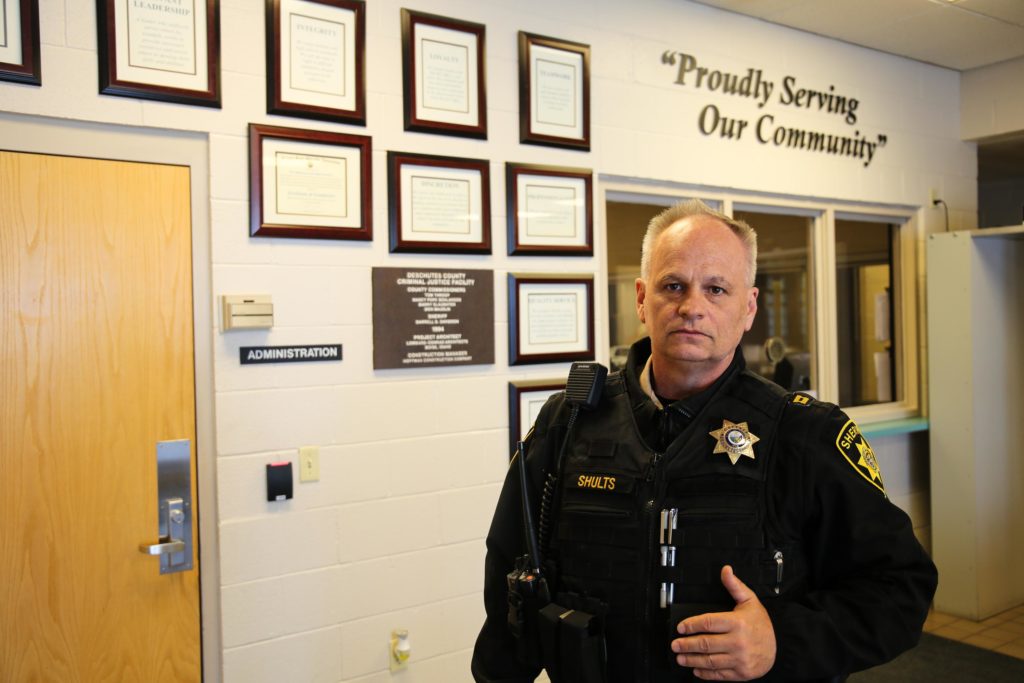 Since 2008, at least 306 people across the Northwest have died after being taken to a county jail, according to an investigation by OPB, KUOW and the Northwest News Network. Until now, that number was unknown, in part because Oregon and Washington have not comprehensively tracked those deaths in county jails.

If they did, they would find a crisis of rising death rates in overburdened jails that have been set up to fail the inmates they are tasked with keeping safe.

Instead, the current system conceals the true circumstances of these deaths. State authorities leave detailed tracking to the federal government.

Meanwhile, the federal government’s numbers are outdated and undercounted because they rely on voluntary reporting from jails.

State lawmakers who could improve funding, staff training or standards have taken little action. They say they are in the dark about how many people have even died in jail, let alone how to prevent those deaths.

As a result, long-festering problems avoid the spotlight. The deceased and their loved ones can be robbed of their chance at justice. And year after year, people die of suicides that could be prevented or medical conditions that should be treated.

“The lack of good national data and the lack of data even at the state level about what’s going on in local jails is really sort of striking and frightening,” said Nancy Fishman, project director for the Center on Sentencing and Corrections at the Vera Institute of Justice, a nonprofit that focuses on criminal justice issues. “Nobody even within the county — in most places — has any idea who’s in the jail and how they got there.”

While deaths resulting from police shootings or violent arrests have become the focus of calls for criminal justice reform, the vast majority of jail deaths still go largely unexamined. In 2018, police shot and killed 39 people between Oregon and Washington, according to data compiled by The Washington Post. For that same year, our investigation found 39 deaths in Oregon and Washington county jails.

At least 70 percent of Northwest inmates who died in the past decade were awaiting trial at the time of their deaths, still considered innocent under the law.

Suicide, by far the leading cause of jail deaths in the Pacific Northwest, accounted for nearly half of all cases with a known cause of death. Concerns surrounding local jail deaths, particularly suicides, have been documented since at least the 1980s.

Nevertheless, in-custody deaths have continued. In fact, over the past 10 years, the rate of jail deaths has trended upward in Oregon and Washington, according to an analysis of the data compiled by OPB, KUOW and the Northwest News Network. In 2008, county jails in Washington had a mortality rate of about 123 deaths for every 100,000 inmates. By 2017, that rate was 162. Jail population data for 2018 aren’t yet available, but reported deaths spiked that year. A conservative estimate puts the 2018 mortality rate closer to 200 deaths per 100,000 inmates.

Annual Jail Mortality Rates
The best available data shows mortality rates, while varying year to year, have trended upward both in the region and across the country. Rates are based on deaths per 100,000 inmates*

Tony Schick, OPB. Source: Bureau of Justice Statistics, Oregon State Sheriffs Association, Washington Association of Sheriffs and Police Chiefs, Jail death records gathered from county jails. *A national rate has not been published since 2014. Oregon’s average daily jail population also was not available past 2014. It has been estimated here based on total bookings.

Comparable data in Oregon are not available past 2014, but the latest available figures also show an upward trend. Jail deaths in Oregon have increased compared to total bookings, state population and projections of daily jail populations.

“If we were seeing the numbers published of how many people are dying on a county-by-county basis, many more people would stand up and say it’s not acceptable,” said Nathan Roberts, an attorney for the Connelly Law Offices in Tacoma, where he’s worked on more than a dozen jail and prison death lawsuits over the past decade.

Counties voluntarily provide the federal Bureau of Justice Statistics detailed data on each in-custody death, but these reports are not readily available to the public. The bureau’s public reports examine only state and national trends, not individual jails. The scope, circumstances and details of Northwest jail deaths are not tracked and reported publicly by any agency.

Total Deaths By Jail, Oregon and Washington
More than 40 percent of deceased inmates spent less than a week in jail.

Our investigation offers the first clear picture of county jail inmate deaths in Oregon and Washington. It includes people who died behind bars and those who died after being taken from jail to the hospital. It consists of both official “in-custody” death records and inmate deaths that did not meet that specific definition, identified through public records, interviews with county officials, attorneys and media reports. And while the database is the most comprehensive to date, it is likely an undercount because of underreporting by jail officials.

Jails are the entry point to the criminal justice system. Anyone from an accused shoplifter to an alleged murderer could be booked into jail — not prison. Every year, approximately 440,000 people are booked into jails in Oregon and Washington. That spans 38 county jails in Washington, 30 in Oregon, and municipal and tribal jails in both states.

“Many more people will see the inside of a local jail than will ever see a state or federal prison cell. And so the reach into the community is much greater and the potential damage, quite frankly, is much greater,” Fishman said. “It’s really part of this creeping wave of mass incarceration at the local level that’s remarkably unscrutinized.”

County jails play an integral role in the criminal justice system. Yet those who run them say they’re outdated, underfunded and understaffed.

“[Jails are] very costly because we’re required to do so much for the individual. And to do it cheaply requires potentially cost savings and doing some things that may not be right,” said Capt. Michael Shults, the Deschutes County Jail commander who also spent 30 years working in Multnomah County Corrections. “Those are things we have to look out for to make sure we’re not putting our staff or the inmates in jeopardy.” 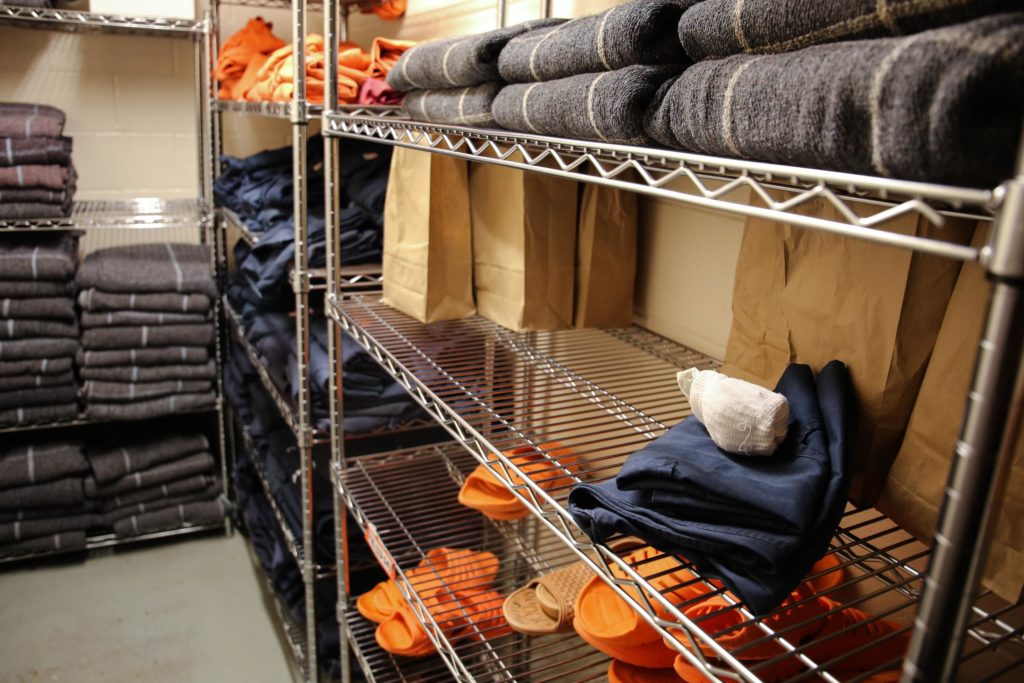 Socks, sandals, clothing and blankets line the shelves of a stock room at the Deschutes County Jail in Bend, Ore., Tuesday, March 12, 2019. In Oregon, jails must comply with a set of statewide standards that govern everything from riot control to a requirement that mattresses and blankets be fire-retardant. CREDIT: Emily Cureton/OPB

At the same time, jails are forced to handle communities’ most complex and vulnerable people, many of whom are in the throes of mental health crises, drug withdrawals or undiagnosed medical conditions.

“These facilities, they lack the medical staff that are trained to assess for these problems and to take care of these problems,” said Dr. Richard Cummins, a professor of medicine at the University of Washington who has served as an expert witness in jail death lawsuits.

OPB, KUOW and the Northwest News Network’s analysis found more than 40 percent of deaths happened within an inmate’s first week in jail. A third of all inmates never it past three days.

To be sure, some deaths in county jails are outside the control of jail staff. Some people would have died regardless of whether they were in jail. But Marin Fox, who runs the Cowlitz County Jail in southwest Washington, said the people coming through her doors are sicker, more likely to be mentally ill and more likely to be acutely drug addicted than when she started 20 years ago.

“I’m not saying there’s no responsibility in the jails, but I think there needs to be more blame and focus on the community an