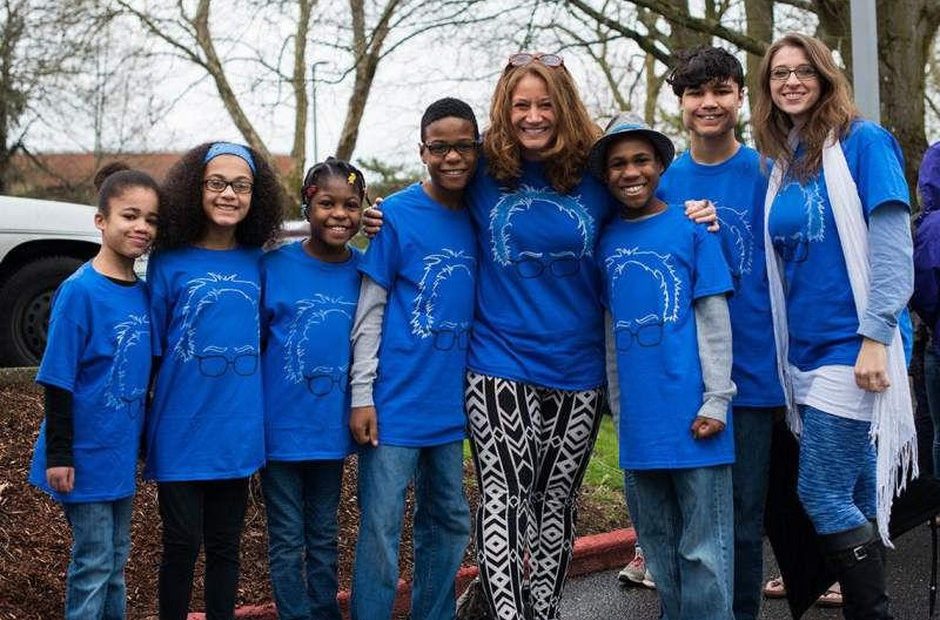 Just over a year ago, Jennifer Hart drove her family’s SUV off of a cliff in Mendocino County, California — killing herself, her wife and their six adopted children.

The story became national news as the public learned Jen and Sarah Hart — a pair of progressive white women living in Southwest Washington — had likely been abusive toward their black children.

The inquest, at the end of which a jury will decide the cause of death for each family member, began Wednesday and is expected to last until Friday morning. On Thursday, more witnesses testified about the investigation surrounding the family’s plunge off a California cliff.

One of the biggest bombshells of Thursday’s inquest were Google searches recovered from Sarah Hart’s cell phone.

He said the searches were done “while the vehicle was in motion,” at some point in between leaving the Harts’ Woodland, Washington, home and the family’s subsequent deaths.

Sarah had also searched “no-kill shelters for dogs,” Slates said, but investigators found no dogs at their home and no evidence they had stopped at a shelter.

He said the MAIT unit analyzed data in the vehicle’s “black box” and saw that the car’s driver, Jennifer Hart, did not apply the brakes before the family’s SUV went over the cliff. In fact, Roloff said, she had accelerated the vehicle to about 20 miles per hour at 100% throttle or “with pedal to the metal.” 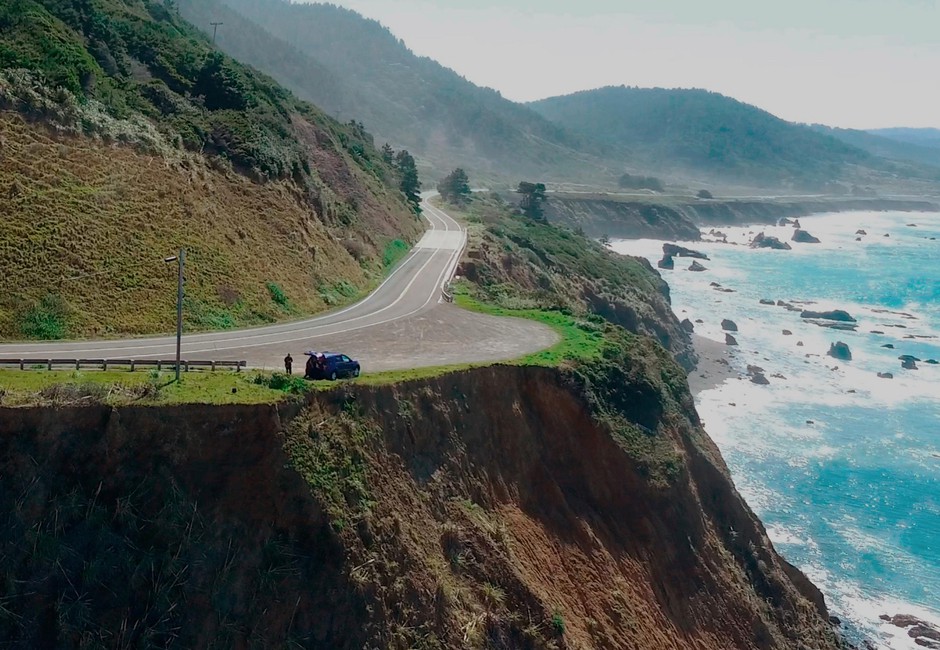 “There are times, maybe if you’re merging on the freeway that you hit 100% throttle, but if you’re at a cliff edge and you’re with your family, how often do you apply 100% throttle?” Roloff said. “Ultimately, it seemed like a very unfortunate, intentional event.”

Contrary to what a pathologist testified Wednesday, Roloff said his team found that none of the seatbelts in the vehicle appeared to have been used.

The pathologist had said Jennifer Hart may have been wearing a seatbelt due to her injuries. But Roloff said he believed Jennifer may have sustained those injuries when her body fell out of the vehicle when the car was towed up from the cliffside.

He also noted that if she had been belted, her body would have likely remained in the car as it was towed. Roloff also confirmed the MAIT unit did not find any mechanical defects in the vehicle.

A Photo And Its Impact

CHP Investigator Slates arrived at the witness stand armed with three large binders filled with evidence and reports. Hearing examiner Matthew Guichard noted to the room that the binders “gives you a sense of the comprehensive nature” of the investigation.

Slates called the investigation extremely comprehensive and worked with 11 agencies nationwide and 10 departments within the California Highway Patrol, including some with computer crime labs to analyze electronic evidence.

Slates began researching the family soon after the vehicle was spotted. The research led him to an Oregonian article with a photo of Devonte Hart crying while hugging a Portland police officer at a police brutality demonstration.

His team talked with the Clark County Sheriff’s Office and others to build a background on the Harts, including reviewing prior child protective services reports. He spoke with multiple friends and family members who knew the Harts well. They said the after the photo of Devonte went viral, the family received hateful emails and even death threats. Evidence not only confirms these emails were sent, but also that there were many emails expressing love and support for the family.

Friends told investigators the family’s fears and concerns mounted, especially after the 2016 presidential election, and likely prompted the move to Woodland, Washington. Slates’ investigation also offered more clarity into the family in the moments leading up to the crash.  He spoke on the amounts of Benadryl that were in the systems of Sarah, Markis, Abigail and Jeremiah.

“The children were more than likely asleep at that point,” Slates said. “Sarah would have been extremely intoxicated.” Some witnesses told Slates that Sarah and Jennifer would give the children Benadryl during long car rides. “That tells me that they know the effects of Benadryl and what it does to the children,” Slates said.

He said it was at 0.104% — That’s the level of “approximately five beers,” he said. He also said witnesses close to Jennifer said that she never drank. Others said she rarely drank, maybe having a glass of wine, but never finishing the whole thing.

It was investigators’ beliefs that she was drinking to try and build up her courage to “end everybody’s lives,” Slates said.

A key piece of evidence is the family’s GPS device, which washed up on shore and was found by family friends and given to authorities weeks after the crash. At a crime lab in Sacramento, new techniques were used to download an “astonishing” amount of data, Slates said. The family’s GPS had been collecting driving information since 2010.

The GPS device was turned off for the first time as the Harts left Fort Bragg, just hours before they would drive off a cliff. It showed the Harts left their southwest Washington home at 8:30 p.m. on March 23, the same day Washington Child Protective Services officials knocked on the family’s door and nobody answered.

GPS showed the family traveled north on Interstate 5 toward Longview, then west toward the coast, making a stop at Walmart for 18 minutes. Investigators say the stop is key because the brand of Benadryl medication found in the car was a generic brand from Walmart. Slates said the Harts stopped at a river by the mouth of the Columbia River for nearly two hours.

GPS showed the family continued down Oregon coastline, making stops in Tillamook and at a Fred Meyer in Newport, where security camera footage shows Jen Hart running in quickly.

The Harts continued driving and cross into California, stopping at various beaches and gas stations along the way, before reaching Fort Bragg at 7:15 p.m. That’s when the GPS turned off. Slates testified that a couple camping out in the Juan Creek turnout — where the Harts drove off the cliff — may have seen or heard the Hart family.

Slates said the man heard a vehicle pull in to the turnout around 11 p.m. “He sees what he describes as a vehicle similar to the Harts’ vehicle … parked near their location,” Slates said.  Later that night, the man was awakened by “an engine revving and tires accelerating through the gravel,” Slates said.

The man looked out and didn’t see any lights or vehicles at that point and looked over the cliff but could not see anything in the dark. “He stated to me that he felt like he heard somebody hollering for help,” Slates said. “But he wrote it off on possibly a wildlife animal — a sea otter or possibly a seal and didn’t think anything of it.”

The man heard about the Hart family incident a few days later and contacted law enforcement.

Witnesses will continue to testify into Thursday afternoon. The jury could come to a decision on the cause of death any time after the coroner’s inquest ends. 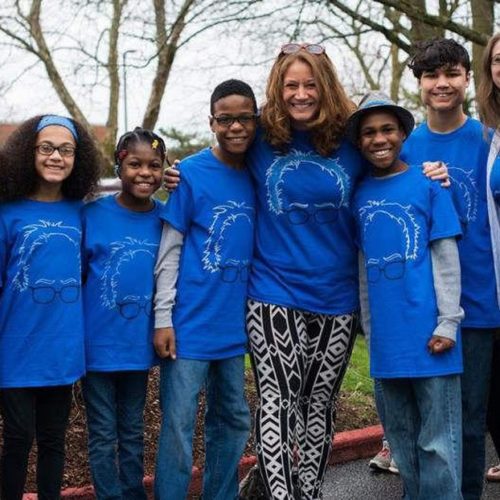 The Mendocino County Sheriff’s Office began a coroner’s inquest Wednesday into the deaths of the Southwest Washington family who plunged off of a California cliff last year. Continue Reading New Details Emerge With Inquest Of Washington Family Killed In Crash Off California Cliff 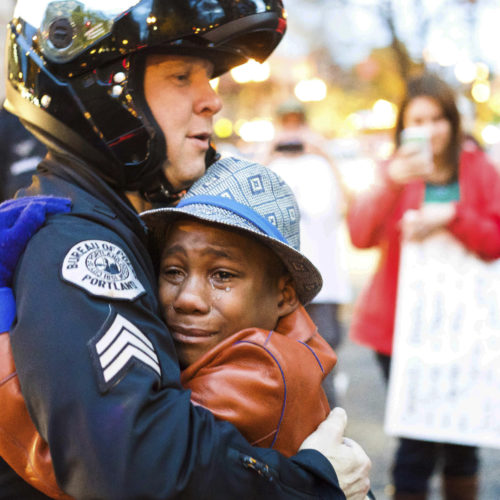 Devonte Hart is missing and feared dead after his parents and three of his siblings were killed in a crash in California. The family from Woodland, Wash., outside Portland, was notable from Devonte’s 2014 picture with a police officer. Continue Reading UPDATE: Crash That Killed Washington Family In California Believed Intentional, Investigators Say