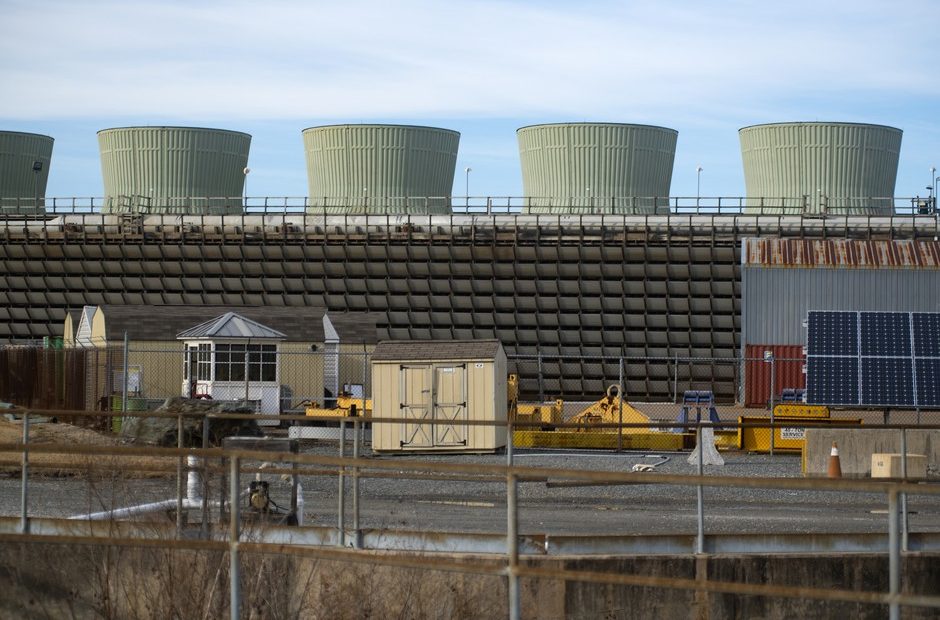 Congress is once again debating how to dispose of the country’s growing inventory of nuclear waste. Wyoming Republican Sen. John Barrasso is proposing legislation that would jumpstart licensing hearings for the Yucca Mountain nuclear waste storage site in Nevada. The Trump administration also is asking Congress for money to resume work on that decades-old project.

But that may not end local opposition or a longstanding political stalemate. And in the meantime, nuclear plants are running out of room to store spent fuel.

Running Out Of Room

The Peach Bottom Atomic Power Station in South Central Pennsylvania illustrates the problem. It’s one of 80 sites, across dozens of states, where nearly 80,000 metric tons of waste from power plants is stored where it was generated, at taxpayer expense.

Spent fuel removed from the Peach Bottom reactor is first stored in racks in a big pool. It’s surrounded by a bright yellow plastic barrier and signs that read “Caution: Radiation Area.”

“They are under about 22 feet of water,” says Reactor Engineering Manager Mark Parrish. “They are continuously being cooled, as they still have some amount of decay heat even after they’ve operated in the reactor.”

The spent fuel stays here for seven to 10 years while it cools.

Once it’s safe to remove the spent fuel from the pool, it’s stored outside in white, metal casks that look like big water heaters. They are lined up on a concrete base, behind razor wire and against a hillside near the power plant. 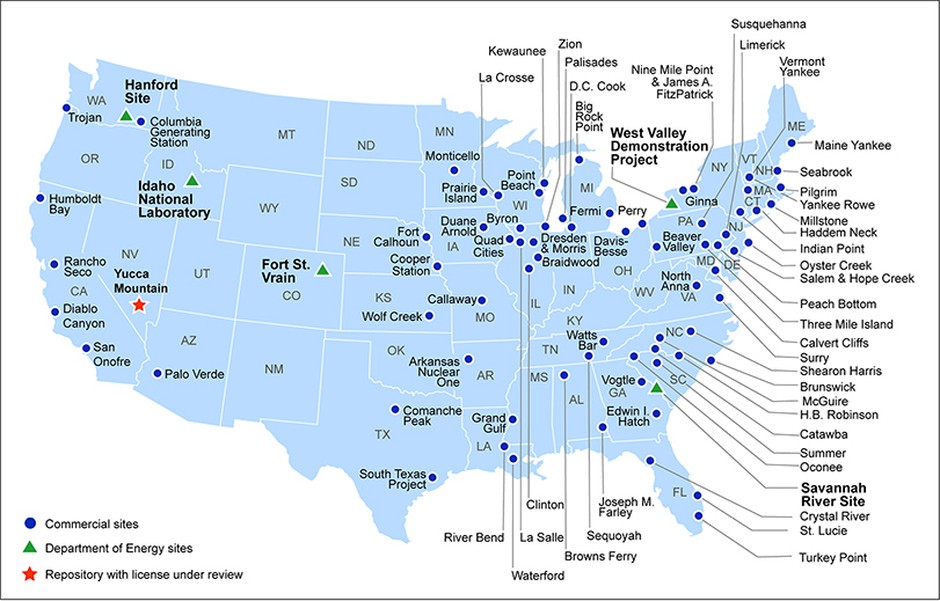 A map of current storage sites for high-level radioactive waste and spent nuclear fuel in the U.S. CREDIT: U.S. Department of Energy

Currently there are 89 casks at Peach Bottom with room for three more, says Pat Navin, site vice president for Exelon, the company that partially owns and operates the power plant.

It’s a surprisingly small amount of waste when you consider that’s enough spent fuel to produce about 10 percent of Pennsylvania’s electricity over four decades.

But without a permanent disposal site, Navin says they’re going to run out of room. So they’re expanding the temporary storage to hold all the waste generated through the 60-years the plant is licensed to operate.

Navin says this storage is safe. The metal containers are sturdy enough to withstand things like an earthquake and, eventually, a move.

“When the opportunity comes for these to be sent somewhere else then these will double as a shipping container as well,” he says.

As the waste piles up, private companies are stepping in with their own solutions for the nation’s radioactive spent fuel. One is proposing a temporary storage site in New Mexico, and another is seeking a license for a site in Texas.

But most experts agree that what’s needed is a permanent site, like Yucca Mountain, that doesn’t require humans to manage it. 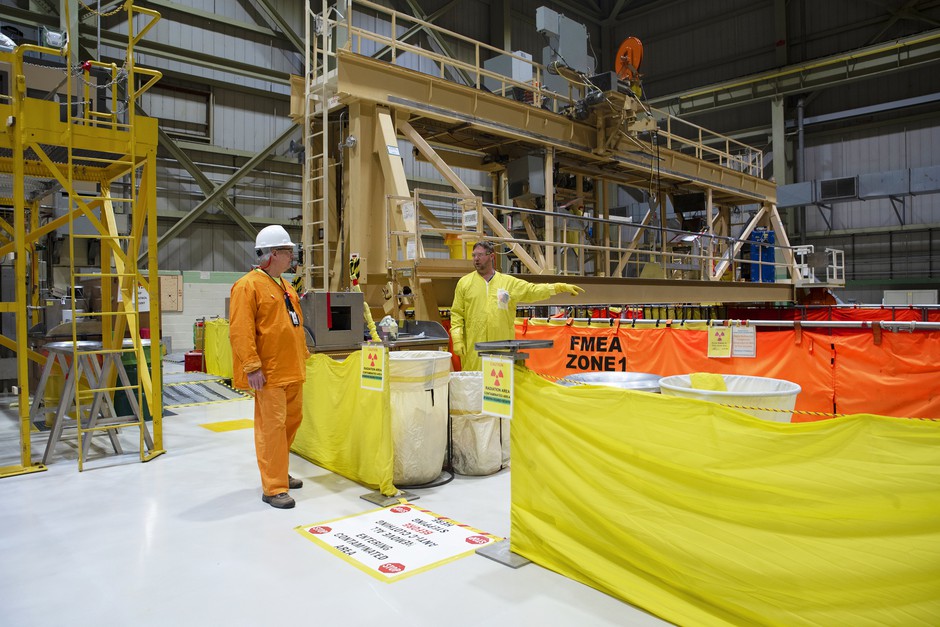 Workers at Peach Bottom stand near the deep pools where the nuclear waste will cool for seven to 10 years. CREDIT: Olivia Sun/NPR

“Institutions go away,” says Edwin Lyman, acting director of the Nuclear Safety Project at the Union of Concerned Scientists. “There’s no guarantee the owner will still be around for the duration of time when that waste remains dangerous, which is tens or hundreds of thousands of years.”

A California company says it has a viable plan for permanent storage. Deep Isolation wants to store spent fuel in holes drilled at least a thousand feet underground in stable rock formations. The company says the waste would be separate from groundwater and in a place where it can’t hurt people.

“I like to imagine having a playground at the top of the Deep Isolation bore hole where my kids and I can go play,” says CEO Elizabeth Muller.

Last November Muller’s company conducted a test north of Austin, Texas. Crews lowered an 80-pound canister into a drilled hole. It was a simulation, so no radioactive substances were involved. The goal was to determine whether they could retrieve the canister, too.

The test was successful, and that’s important. Regulators require retrieval because new technology could develop to better deal with the spent fuel. And the public is less likely to accept disposal programs that can’t be reversed, according to the International Atomic Energy Agency.

Proving the waste can be retrieved may be the easy part. The bigger challenge is federal law, which doesn’t allow private companies to permanently store nuclear waste from power plants.

Current law also says all the waste should end up at Yucca Mountain in Nevada. By contrast, Deep Isolation’s technology would store waste at sites around the country, likely near existing nuclear power plants.

“I just don’t see how there would be political support from every other state, other than Nevada, for changing the law, so that spent nuclear fuel could stay in your state forever,” says Lyman.

Of course, despite the law, all that waste in dozens of states is staying put for now.